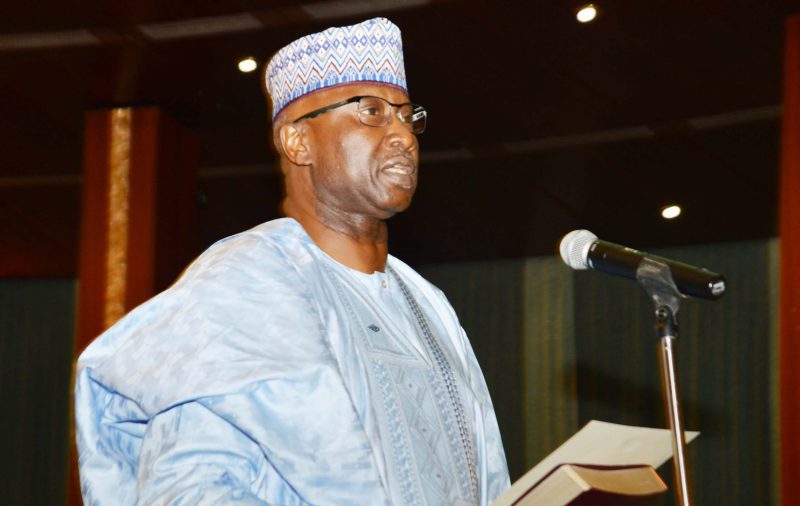 The Office of the Secretary of the Government of the Federation, OSGF, has explained how N65 million was spent on a website.

PREMIUM TIMES on Tuesday published a report on how N65 million was appropriated and claimed to have been spent by the office in 2017.

A review of the 2017 budget performance of the OSGF revealed that N65 million was budgeted for the already existing website, www.osgf.gov.ng while the office claimed that N64, 855, 875, the amount released, had been fully utilised.

A spokesperson to Boss Mustapha, the current Secretary to the Government of the Federation, had initially declined to provide details of the expenditure before the story was published.

In a statement signed by its Director of Information, Lawrence Ojabo, the OSGF said the website is currently undergoing a redesign and upgrading.

“For purposes of clarification, the existing website, the screenshot of which was published by Premium Times, is undergoing redesign and upgrading to bring it in conformity with modern technology and requirements of the Office of the Secretary to the Government of the Federation.

“The OSGF is a critical hub of government that maintains a very high sense of accountability and transparency in all its transactions. The new website will further strengthen this core value as it will be built on the newest web technologies language, will be secured, fully managed locally, and hosted on a dedicated server. A new server infrastructure will be installed,” the statement reads.

In justifying the amount spent, the office said part of the fund will go into training 50 people that will manage the website after it has been redesigned.

The statement did not provide details of how 50 people will manage a website.

“The consultants to the project will in addition train not less than 50 officers that will facilitate timely updates and ensure very robust content management system,” Mr. Ojabo said.

The office also provided information on specific components expected of the redesigned website.

Noting that the new website will come up in few weeks’ time, Mr. Ojabo said due process was followed in the award of the contract for the website.

“The award of the contract for the website followed the pre-requisites of the Public Procurement Act 2007, before it was awarded on October 17, 2017. The emphasis of the OSGF under the leadership of Boss Mustapha on value for money and judicious application of public resources will never be vitiated for any reason.

“It is expected that the new website will meet the expectations of a highly sophisticated, dynamic, online-savvy media-consuming public. This is in line with the civil service reforms strategy which calls for greater openness, transparency, and public responsiveness in Government agencies in their delivery on policies and programmes.

“Accordingly, the new website when completed in a few weeks will include more windows, platforms, and links to various agencies to enable citizens, interested persons in the business of Government from around the globe to interact more easily with Government organizations and officials, provide an effective management information system and enhance public participation and ownership of Government programmes and policies.”

The OSGF said the funds allocated for the project “remain intact under the 2017 budget,” without explaining what that meant since the consultants had already been hired and work almost completed as it said.