A father recently confronted his young daughter who claimed to be an orphan, just to win giveaway on Twitter.

The young lady claimed that her father died three years ago, and she’s presently an orphan, struggling to make ends meet.

Her father who saw the conversation on Twitter, confronted his daughter and shared screenshot of her tweet claiming to be an orphan.

“Please credit me. I’m an orphan and my father died 3 years ago. Things have been hard for me”, she claimed.

The young lady in her reaction, begged her father that she can explain what really happened, adding that it was only a joke. 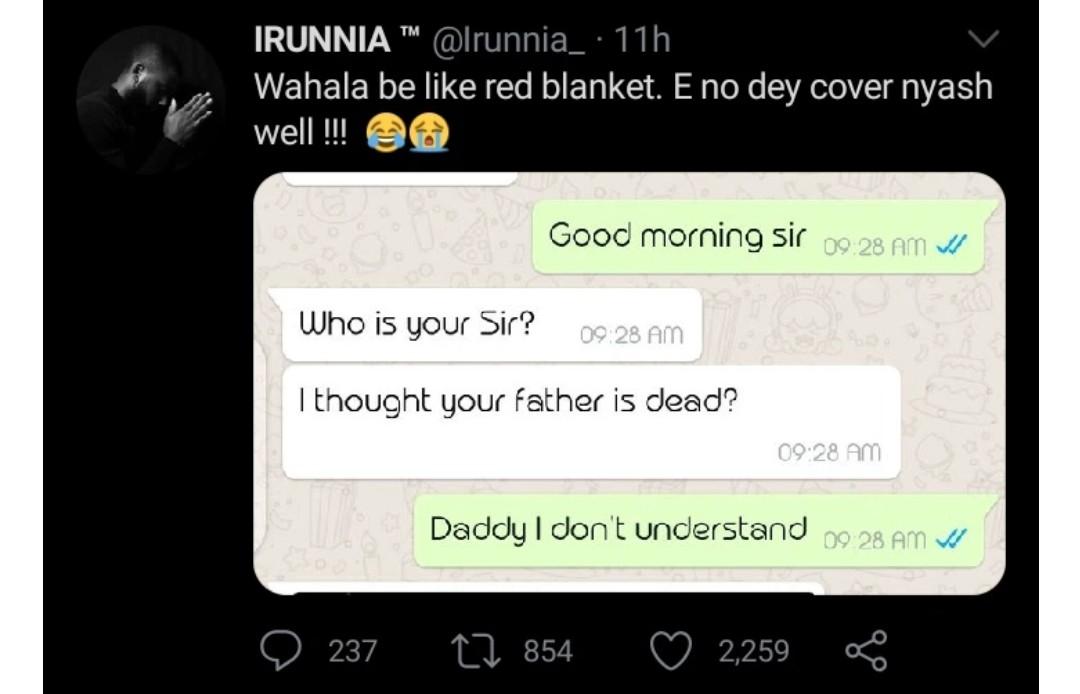 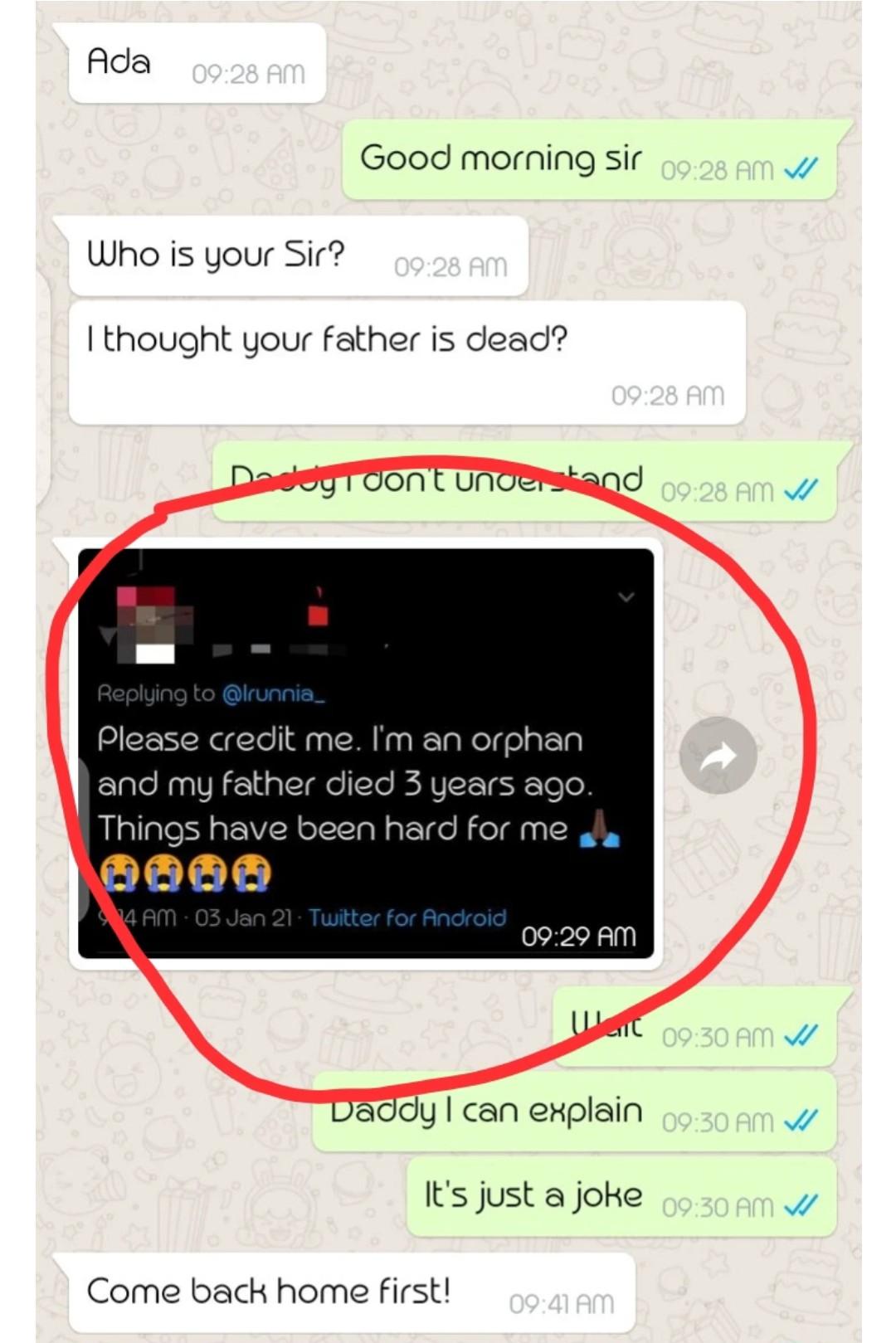 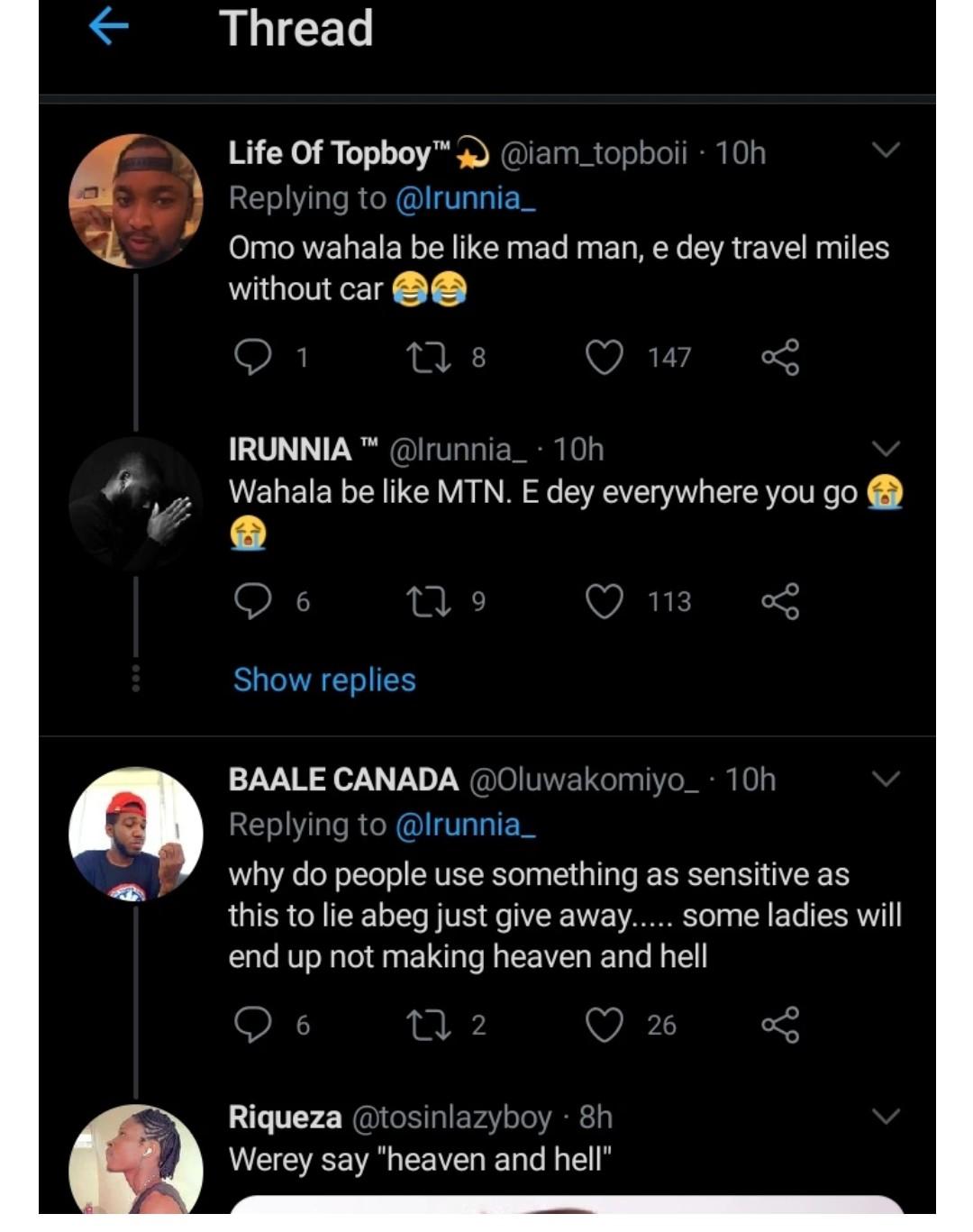