In January this year, the Nigerian Communications Commission (NCC) revealed that Nigeria has more than 140 million telecoms subscribers, accounting for nearly a third of internet usage in Africa. Nigeria’s mobile user numbers have skyrocketed since 2011, with 45 million citizens gaining access to Global System for Mobile (GSM or 2G) services provided by the nation’s four largest carriers: MTN Nigeria, Globalcom, Airtel and Etisalat. 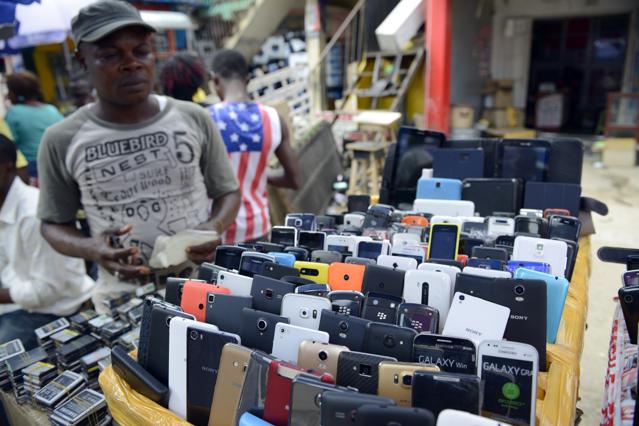 The exponential growth of the Nigerian telecoms market is clear and compelling evidence of the huge untapped potential of the Nigerian market. In retrospect the mobile market in Nigeria was very low hanging fruit that had been ripe for investment for decades. So why is it that international telecom companies desperate for growth shunned Nigeria and went into smaller African markets? Why is it that only a small, struggling South African mobile company, MTN, made the investment that realized this market’s huge potential?

Many assume the answer has to do with lack of infrastructure, power or an addressable market. Of these reasons and others like them, only the latter an “addressable market” is relevant. If there is an addressable market, capitalism will find a way unless it is prevented from doing so. The mobile market in Nigeria gives a clear and compelling case study of how a billion dollar, highly addressable market was prevented from growing for decades. Demographically Nigeria is a dream market – huge (with 170,000 million people), highly exposed population with a proven appetite for consumer goods, as evidenced by it being the one of the largest markets for Guinness in the world.

So why was Nigeria passed over for so long, until the early 2000s? The reason multinational telecom companies stayed out of Nigeria is because they were not allowed in. The public telecom monopoly, NITEL, went to great lengths to set-up huge barriers to entry and even more damaging, ensured that the Nigerian government and policy makers did not get the information they needed to set-up processes and incentives that would have opened the market up sooner.

Nonetheless, proving that the force of capitalism and the enormous market demand in Nigeria will never be denied for long, MTN went to great lengths to overcome these barriers to entry. In 2001 MTN acquired two bandwidth licenses in Nigeria at the cost of $280 million. Nigeria is MTN’s main source of revenue, the company was catapulted from the no. 3 network in South Africa to no. 1 across the whole of Africa in less than a decade and now it is expanding across the world. By 2010 over 27% of MTN’s subscribers and almost 50% of its EBTIDA was in Nigeria – despite the fact that it had a presence in 21 different countries.

MTN was quickly joined by the Indian telecoms giant Bharti Airtel, UAE-based Etisalat, and best of all for Nigeria, Nigerian-owned Globalcom (Glo), which is now no. 2 in the market. Glo’s success demonstrates another important advantage the Nigerian market offers i.e. that for those wise enough to see through the barriers erected by monopolies and incumbents, there is a large pool of local investors ready and able to invest. Since competition entered the telecoms market in Nigeria internet costs have come down by a massive 90%.

The impact on GDP of opening up the telecom sector to investment and competition is even more compelling: according to the Oxford Business Group, telecoms have increased their share of Nigerian GDP from 1.1% in 2003 to 8.5% in August 2014, as compared to the petroleum sector which contributed between 10% to 14% of GDP.