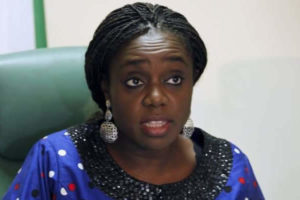 The Federal Government has approved plans for external loans from the World Bank, China and Japan.

It specifically said Nigeria would take loans from institutions such as the World Bank, African Development Bank, Japan International Cooperation Agency, and Export-Import Bank of China, Bloomberg reported on Thursday.

This will include low-cost and long-term loans with interest rates of 1.25 per cent and maturity of 20 years, according to comments posted on its Twitter.

The Federal Government said that details of a proposed Eurobond due later this year would be announced “in due course.”

According to the Presidency, the government is now waiting for lawmakers to approve the plans.

President Muhammadu Buhari had announced a N6.1tn ($19.4bn) spending plan aimed at stimulating the economy this year. The economy contracted in the first two quarters as oil revenue plunged.

Buhari said he expected the Federal Government to raise about $5bn from the Eurobond market and multilateral and bilateral lenders.

The Debt Management Office had last month asked banks to place bids by September 19 if they wished to manage a $1bn Eurobond sale.

The Minister of Finance, Mrs. Kemi Adeosun, told bond investors in London in June that Nigeria was close to securing about $3bn of funding from the World Bank and African Development Bank.