A Twitter user has recounted how a client of his bought a duplex costing 125 million naira for his Benin girlfriend.

According to the Twitter user Identified with the handle @justkingss, he was surprised to find out that the property he was about to purchase wasn’t even for his wife but for his 19-year-old girlfriend who hails from Benin.

The man had purchased the duplex as a birthday gift to his Benin girlfriend.

“I once helped a client secured a N125m Duplex in Lekki.

The funny part was that he actually bought it not for himself nor his wife but for his 19yr old Benin (Edo State) girlfriend. 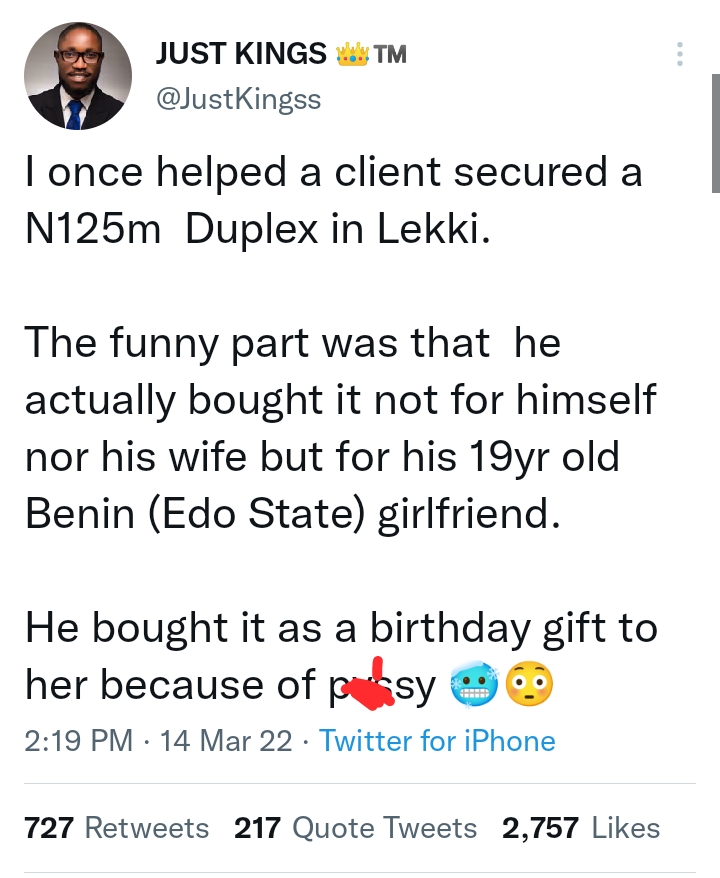 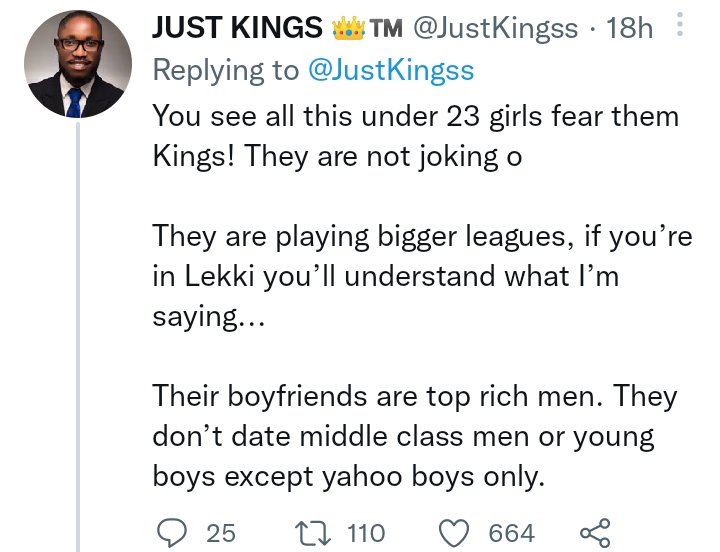