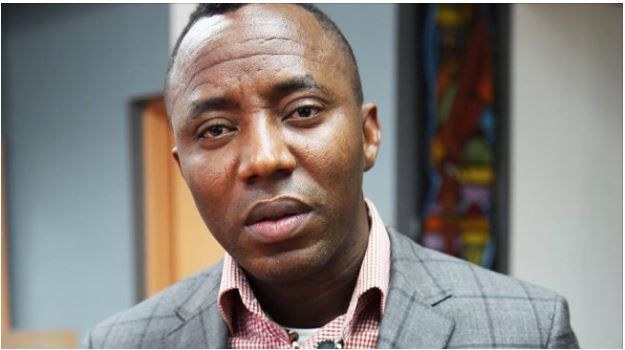 Speaking during a Channels TV programme on Monday, Falana said the aim is to further detain the publisher of SaharaReporters.

Sowore was arrested in Lagos on August 3 and subsequently flown to Abuja where he is being detained.

Last month, a federal high court in Abuja granted him bail but the secret police still held him despite fulfilling the bail condition.

On Friday, Peter Afunanya, spokesman of the DSS, acknowledged that the agency received the order to release Sowore but said the service did not carry it out because no one showed up on his behalf.

However, on Saturday morning, lawyers, supporters and family members of the activist visited the DSS headquarters but were denied access to Sowore.

This had sparked a nationwide outrage with many more individuals and groups demanding the release of the activist.

But Falana, who is Sowore’s lawyer, said the service is currently looking for evidence that will be used against Sowore in order to detain him further.

“I was reliably informed last night by a security official that the government was currently fishing for evidence,” he said.

“An attempt is being made to file a fresh charge on Tuesday so that there will be an excuse that ‘we are arraigning them in court, hence we are unable to release them’.

“If you recall, that was what was done when Justice Taiwo Taiwo granted Sowore bail on September 24. For a whole week, the order of the court was flouted. And then, of course, on September 30, he was arraigned together with Olawale Bakare. We are ready for them.”

He added that on Tuesday, he would file contempt charges against Yusuf Bichi, DSS director-general, over the agency’s refusal to comply with the order to release Sowore.

When contacted, Afunanya told TheCable that there is no plot by the agency to file a fresh charge against Sowore.