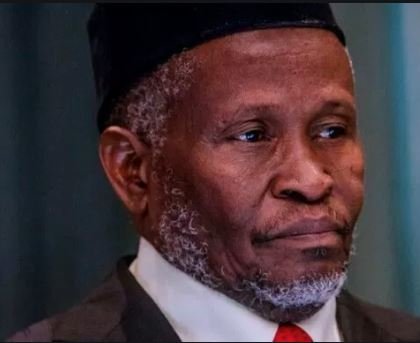 SIX former top officials of the Nigerian National Petroleum Corporation (NNPC) are under investigation for their involvement in the award of a contract which led to $22,630,000 (about N8,146,800,000) judgment-debt against the corporation.

Some officials of the National Petroleum Investment Management Services (NAPIMS) have also been invited for questioning.

It was learnt that a Senior Advocate of Nigeria (SAN), who is an NNPC counsel, has appeared before the investigation team.

The Economic and Financial Crimes Commission (EFCC) has written to the Chief Justice of Nigeria, Justice Tanko Muhammad, on its ongoing probe of the contract ahead of NNPC’s demand for a judicial review of the judgment cash by the Supreme Court.

The apex court had ordered NNPC to pay N8.1billion to BCE Consulting Engineers over a failed Consultancy Service Contract.

But the Federal Government and the NNPC are seeking the review of the July 5, 2019 judgment following alleged error of facts.

The EFCC launched a probe into the contract following revelations of alleged connivance by some top officials of NNPC and NAPIMS.

A top EFCC official  said: “Altogether, six top NNPC officials were involved in the award of the consultancy contract which did not follow due process.

“Our detectives are probing how the contract was conceived and awarded to BCE.

“Preliminary findings indicated that the beneficiary company had no prior experience as at the time the contract was awarded.

“How did BCE emerge as the winner of the contract? Could it have misled the management of NNPC/ NAPIMS at the time to believe that they could offer consultancy services on Bonga Field of that magnitude? What was their financial standing then? Was the company really a shelf type at that time?

“This ongoing probe is part of a comprehensive investigation of how top officials of NNPC were forming companies to get phantom contracts and obtain judgment debts against Nigeria.

“We will get to the roots of this N8.1billion judgment debt like the case with Process and Industrial Developments (P&ID).

“NAPIMS has submitted relevant documents to our investigating team. We have also interacted with a Senior Advocate of Nigeria who is conversant with the case as counsel to NNPC.”

The EFCC has written to Chief Justice Muhammad on the ongoing probe.

The letter reads in part: “The Honourable Chief Justice may wish to recall the above appeal against the decision of the Court of Appeal(Lagos Division) in which the Supreme Court panel led by Justice Mary Ukaego Peter-Odili delivered its judgment on the  5th of July, 2019.

“The commission wishes to inform Your Lordship that it has opened a case of contract fraud, attempted stealing, diversion of public funds and tax evasion against BCE Consultant Engineers, its promoters and some staff of the Nigerian National Petroleum Corporation ( NNPC)

“The investigation seeks to unravel the true nature of the processes leading to the award of the contract and the circumstances leading  to the award of such huge sums as judgment debt against the Federal Republic of Nigeria.

“Your Lordship is kindly advised  to note the above information in view of the Judicial Review to be undertaken by the Supreme Court. “

A document obtained by The Nation gave insights into how the deal was struck and the history of the legal dispute in the last 20 years.

The document said in part: “

“ In July 1999, BCE filed an action at the Federal  High Court, Lagos in Suit No. FHC/L/C/I316/2000 against NNPC following  the Corporation’s termination of the contract at the directive of the Federal Government. BCE claimed certain reliefs including the sum of US$807.894.60 being the alleged value of outstanding invoices submitted to NNPC on various dates between June and October 1999.

“Alternatively,  BCE claimed US$28.139,965.50 or its Naira equivalent as special  damages for illegal cancellation of the Consultancy Services Agreement.

“On appeal, the Court of Appeal directed NNPC to deposit the Judgment Sum of US$22.6million into court as condition for appeal. NNPC has since complied.

”On June 9. 2011, the Court upheld NNPC’s appeal on grounds that the Federal High Court lacked jurisdiction over disputes arising from simple contracts.

“On June 13,. 2011, BCE applied to the Supreme Court to set aside the previous judgment in favour of the Corporation.

“At a settlement meeting convened by the HAGF in 2016, NNPC offered BCE the sum of US$1million  in full and final settlement of their claims which BCE rejected.

“On April 10, 2019. BCE and NNPC (through their respective Counsel) appeared before the Supreme Court to argue their case.