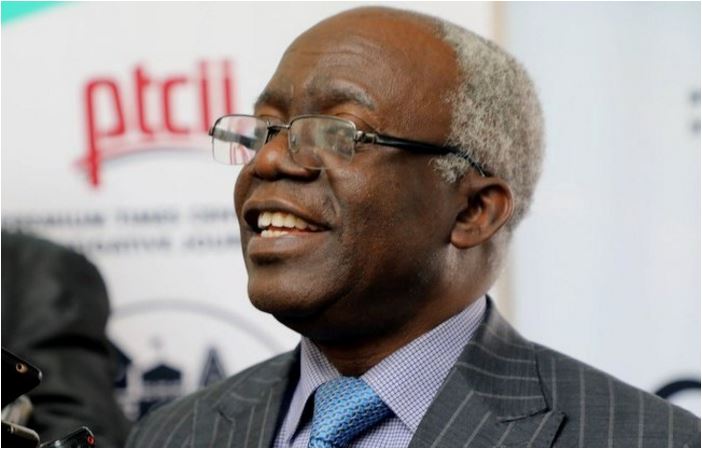 Says it varies with AfCTA, ECOWAS protocol
Human rights lawyer, Femi Falana, has urged the Federal Government to open its land borders in the country’s interest.

The closure, he said, is inconsistent with the Economic Community of West African States (ECOWAS) Protocol on Free Movement of Persons, Residence and Establishment as well as the African Continental Free Trade Agreement (AfCTA).

Falana’s advice was contained in a paper on ‘Rule of Law, Good Governance and Economic Development’ delivered at the yearly conference of the ECOWAS Court of Justice in Accra, Ghana.

In the paper, the former president of West African Bar Association (WABA) urged the government to ignore the endorsement of border closure by the International Monetary Fund (IMF), describing it as a “deliberate design to weaken ECOWAS regional integration agenda.”

According to the senior Advocate of Nigeria (SAN), the borders should be re-opened without any delay, as anything contrary portends serious repercussions for the country’s economy.

Neighbouring countries, he stressed, may retaliate by imposing a ban on goods from Nigeria by air or shut Nigerian businesses in their domain.

The paper read in part: “Instead of resorting to the unilateral closure of borders, the Federal Government should drag Benin Republic and Niger to the ECOWAS Court of Justice for breaching the ECOWAS Protocol by allegedly encouraging the smuggling of petrol, rice and other products.

“In the alternative, smuggling should be addressed like terrorism, which is being jointly combated by Nigeria and her neighbours.

“Nigeria should stop punishing law-abiding corporate bodies and citizens because of the criminal activities of a few trans-border smugglers.

The Federal Government should expose the smugglers by arresting and prosecuting them. The smugglers in Nigeria and the neighbouring countries are well known by the security agencies. Without official connivance, the crime of smuggling cannot thrive in the region.”

He commended the ECOWAS Court for protecting citizens’ rights.

“But member states should desist from disregarding the orders of the court. Other leaders should emulate President Nana Akuffo-Addo who has ordered the Attorney-General of Ghana to ensure compliance with all decisions of the court.

“The ECOWAS Commission should ensure that sanctions are imposed on recalcitrant member states in line with the ECOWAS Revised Treaty and the Protocol of the Community Court,” he added.