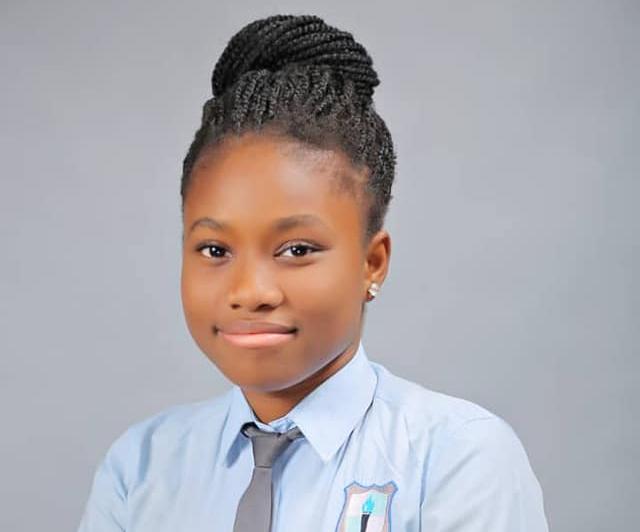 Tragedy recently struck in Enugu, Enugu State, Nigeria, as a young and intelligent schoolgirl lost her life to the cruel hands of cancer.

The young girl whose name was given as Miss Chisom Chukwuneke, was a very clever student who also emerged the best candidate of the West African Senior Secondary Certificate Examination (WASSCE) in her school in 2019. She was confirmed to have died after battling for a period time with a terminal illness of blood cancer (leukemia). She attended Graceland College in Enugu and was greatly loved by all her teachers and peers because of her academic achievements.

Speaking in an interview session with TheCable Lifestyle on Wednesday, Douglas Ifeanyi Uzochukwu, principal of Graceland College, confirmed the tragic development. Uzochukwu said the deceased, aged 17, died after prolonged treatment of the disease in South Africa.

Blood cancer, which is also referred to as leukemia, is a disease in which the bone marrow and other blood-forming organs produce increased numbers of immature or abnormal leucocytes, thereby suppressing the production of normal blood cells.

“I’m not her father. I can’t speak much on that but she passed on from leukemia after prolonged treatment in South Africa,” he added.

A statement published via the school’s Facebook page, wrote: “Forever in our hearts! Only a moment you stayed, but what an imprint you left in our Hall of Fame. A truly outstanding student! Rest In Peace Chisom!”

Meanwhile, the father of the deceased, Prof Felix Chukwuneke, also took to Facebook to narrate how Chisom’s sickness started as leg pain, this had prompted him to fly her to South Africa for medical care. According to him…:

“Just like a dream, but the realities are crystal now. Just a pain on the leg that snowballed to a devastating episode, the battle started earnestly. I hear you call, ‘daddy my leg is paining me’. I watch as you lie abed with pain,” he said in a long tribute to the deceased.

“As restless and worried as I can be, I promised to do everything humanly possible. With glaring poor health care in Nigeria. Off we went to South Africa. We were happy at your initial recovery, not knowing the war was just to begin.

“We fought it together for more than a year in SA. You were an embodiment of intelligence of inestimable value. Above all an indefatigable personality, courageous in the face of glaring uncertainty. You were strong, philosophical.

“My strength even in sickness, you wanted your dad freed while you go on to rest. In the bosom of our Lord where there is no more pain. You spoke in parables about a special gift 10 days earlier, and left a day to my birthday.

“Never did I know your gift you promised was your glorious exit. You exhibited virtuoso and dazzling intellects to the bewilderment of the doctors at Wits Donald Gordon Hospital, Parktown, Johannesburg, South Africa

“Today your name is written in Gold over there. Like a shining light in the tunnel, having a dream for an African Child with less privilege and opportunity like you to access good health care. This your dream I must ensure.”

Numerous photos and plaques of her recorded successes and many academic achievements have since been put up across social media platforms as word of her death has spread. Meanwhile, some of her peers and teachers commented on their shared memories and experiences of her. They could not hide their grief as they questioned the fairness of life and the reasons why certain things happen beyond human comprehension. They however ended up with condolence messages and prayers surrendering to the will of the Almighty, and wishing for a peaceful repose of her soul.