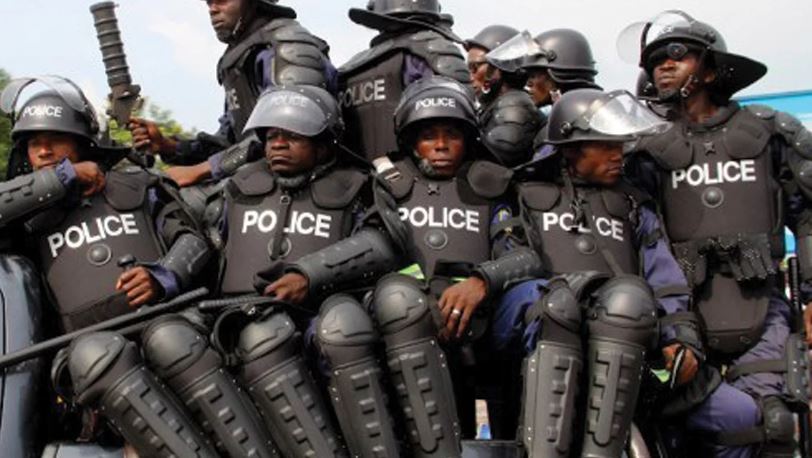 Ahead of the July 14 governorship election in Ekiti State, the Inspector-General of Police, IGP Ibrahim Idris, has deployed 30,000 police operatives to the state.
Idris’ directive on deployment of personnel to the state was contained in a statement by the Force Public Relations Officer, Jimoh Moshood issued on Sunday.

Idris directed that a robust and elaborate security arrangement be implemented in the state ahead of this Saturday’s election to ensure peaceful, credible, free and fair poll.

Each senatorial district would be manned by a CP.

“Other security and safety agencies who are members of Inter-Agency Consultative Committee on Election Security (ICCES) in the state are also deployed to complement the Nigeria Police Force during the election.

“As part of additional measures to guarantee a peaceful and credible election, the IGP will on 9th July, 2018 attend a stakeholder’s and peace accord meeting of all the Thirty Five (35) political parties participating in the election and their flag bearers, INEC officials, election observers and other accredited stakeholders in Ado-Ekiti, Ekiti State”.

Moshood noted that while the police officers and other security operatives deployed for the elections are under strict instructions to be polite and civil, they would be firm in the discharge of their duties and other responsibilities.

He said they would provide adequate security for the electorates, INEC officials, movement of election materials, accredited election observers, and other individuals and bodies that have statutory roles in the conduct of the election at various locations throughout the period of the election.

The police spokesman added that special security identification tags would be worn by all security personnel deployed for the election and no personnel of any security agency would be allowed to move to any other location other than where they have been deployed throughout the election period.

He also warned security personnel attached to politicians to desist from escorting their principals to polling units and collation centres during the election, saying any deviant security detail would be apprehended and dealt with accordingly.

Moshood revealed that the IGP has directed the Police Commissioners in Ondo, Osun, Kwara, Kogi, Ogun, Edo and Oyo states to be on red-alert with their personnel.

The CPs were directed to deploy personnel massively within areas neighbouring to Ekiti, to prevent crimes, hoodlums and miscreants and other unwanted elements or groups from infiltrating from their states to Ekiti to disrupt the poll.

Similarly, the police have announced that restriction of vehicular movement in and out of Ekiti would commence from 12 midnight of Friday, July 13, till the end of the election.

They also advised travellers and other road users to make use of alternative routes while those on essential duties or a genuine course would be granted passage.

The statement added, “All the Thirty-Five (35) participating political parties and their leadership and supporters, traditional rulers, community leaders, parents and guardians, are advised to warn and prevail on their members, supporters, subjects, children and wards to be law abiding and not allow themselves to be used to cause disturbance of the peace or disruption of the election/electoral process anywhere in the State.

“The full weight of the law will be applied on any person or group of persons found violating the electoral act or indulging in any criminal conduct capable of causing violence before, during and after the election.

“Threat assessments have been carried out by the police in Ekiti State and all identified flashpoints and troubled prone areas have been addressed. However, the Force will not hesitate to deal decisively in accordance with the electoral act and other enabling laws with any individual(s) or group(s), no matter how highly placed, whose utterances or conduct is contrary to the electoral act or that can incite disturbance of public peace, law, and order before, during or after the election.

“The Inspector General of Police wishes to assure the electorates, the contestants and all law-abiding citizens in Ekiti State of adequate security throughout the election. They are hereby enjoined to feel free to go out and cast their votes without any fear or apprehension. The IGP implores them to cooperate with the police personnel in the discharge of their duties.”