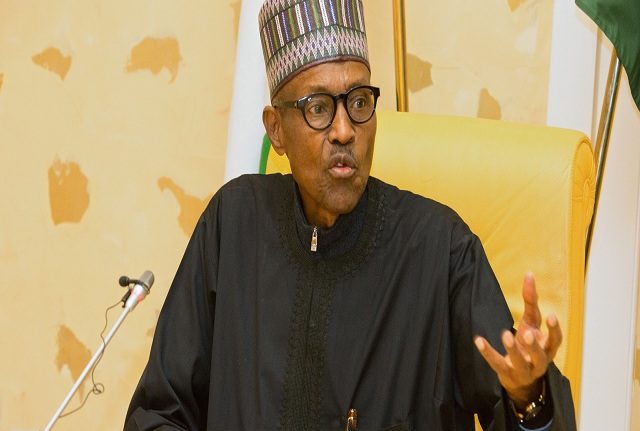 President Muhammadu Buhari on Saturday ordered security agencies to apprehend persons or groups threatening the peace and unity of the country through inciting statements, instigate civil disobedience, riot and rebellion.

Those who fall into this category include MASSOB, IPOB, among other groups seeking secession.

The President gave the directive in Uyo, Akwa Ibom State during the 22nd and 23rd combined convocation of the University of Uyo (UNIUYO).

Represented by the Minister of State for Education, Prof. Anthony Anwuka, Buhari warned that “the Federal Government will never condone and tolerate incendiary remarks from any person or group of persons, which are meant to harass, intimidate, cause fear and spread hate, no matter how highly placed such a person is.”

“Law enforcement agencies should fish out people who put out inciting statements, instigate civil disobedience, broadcast hate speeches or stir up strife, riot and rebellion and bring them to book”, he stressed.

“The current discussions and debates have been typically lively, boisterous and even sometimes rancorous; but this year, strange and embarrassing dimensions have been introduced. The idea of a part of our country seceding from the rest is not only unacceptable, it is also unconstitutional.

“The very idea of issuing threats to a particular group of people with ultimatum for them to relocate from their legitimate places of residence is an assault on the very foundation of our nationhood.

“We cannot afford to lose any part of Nigeria through secession, dismemberment or any other process; we cannot accept the breaking of our beloved country and we can never endure this sort of internecine debate and recriminations for a much longer period.

“Within this context and as a matter of urgency, I am tasking our universities to conduct research and come up with empirical solutions for this national problem which is plaguing and even threatening our continued existence as a country today.

“It is a veritably bad and specious logic when some Nigerians point to the few countries else-where that have undergone secession as a reason why we should also break up our country, but they fail to draw attention to the fact that there are even more countries that have remained united and indivisible.

“Our elites must stop misleading our people; they must refrain from spreading fear in the society. The development and progress we all clamour for can never thrive in a hate-filled and divisive society”.