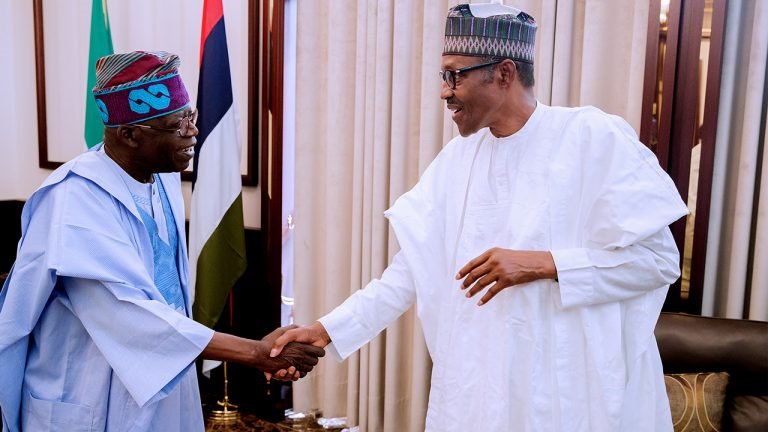 National Leader of the All Progressives Congress, Bola Tinubu, has said President Muhammadu Buhari does not possess the kind of money that he can steal.

This comes months after Tinubu’s media team had claimed the APC chieftain was quoted out of context.

Tinubu had during the countdown to the Osun governorship election last September, paid a visit to the Ataoja of Osogbo, Oba Jimoh Olanipekun, where he boasted that he was richer than Osun State.

While addressing party faithful ahead of the postponed Presidential and National Assembly elections in Lagos last Thursday, the former governor of Lagos State said he indeed made the statement but he did not know he was being recorded.

The APC chieftain also boasted that President Muhammadu Buhari did not possess the kind of money he could steal, adding that he did not even need to go to the Government Secretariat, Alausa, before he could get money.

He said, “They insulted me and said I used my mouth to speak anyhow. However, that rough-handedness paid off in Osun. They claimed that we brought candidates from Lagos to become governors in Osun; people like (Rauf) Aregbesola and (Gboyega) Oyetola.

“If we train your children, and they become experts in their fields, won’t we ask them to come home to make things better? How much is your money that I’ll embezzle? You can’t match my pocket. I told them so, and their traditional rulers were seated.

“They were even recording the incident and published it. Let me not say something like that again today. However, Buhari doesn’t have the kind of money I can steal neither does he have the money I can collect. He doesn’t even have the money for Lagos votes. So, whatever I promise, it’s for real and is coming from my pocket. It’s not until I go to Alausa before I get money to give you.”

Addressing APC supporters on the need to deliver votes, Tinubu said handsome cash rewards await those who can deliver votes for the party.

He said he would not make mistakes of the past where people would collect money in advance and not deliver on election day.