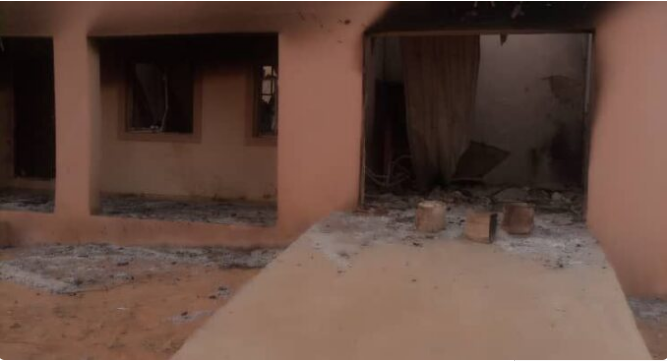 Boko Haram fighters have reportedly killed at least nine people in an attack on Gaidam LGA in Yobe state.

The attack comes after the insurgents, in their numbers, attacked kornari village in Ngala LGA of Borno state on gun trucks and motorcycles.

The Yobe LGA was reportedly invaded around 9:30pm on Wednesday.

The insurgents were said to have attacked local pubs in the area, shooting sporadically and killing the victims who were said to be vendors.

“While the troops of Operation Hadin Kai came through Garin Banza to repel the insurgents’ invasion, the Boko Haram members hid their motorcycles, then razed a government technical school to divert the attention of the troops,” a source said.

“They first ordered the victims to lay down, then slaughtered some of them while they tied others with their hands behind their backs and shot them on the heads. Other heads were cut off and placed on their chest.”

Despite the spate of attacks, the federal government says it is winning the war against terrorism.

The government cites the mass surrender of insurgents, amid military clearance operations in the north, as part of its success against insurgency in the country.