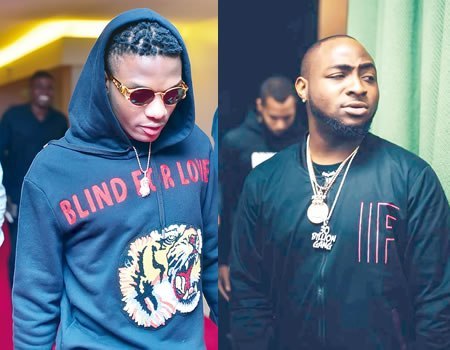 A member of the DMW crew Aloma has alleged that blogger caused the rift between his boss Davido and Wizkid.

Recall recently, Wizkid posted about the election advising that Nigerians not vote based on any celebrity’s opinion, adding that those celebrities, may have been paid to campaign for politicians.

Not long after, Davido, took to social media stating that a certain N*ggah  is hurt because he is making more money.

This caused a stir online causing many to assume the singers are again at war.

Aloma has now taken to social media to allege bloggers caused the rift.