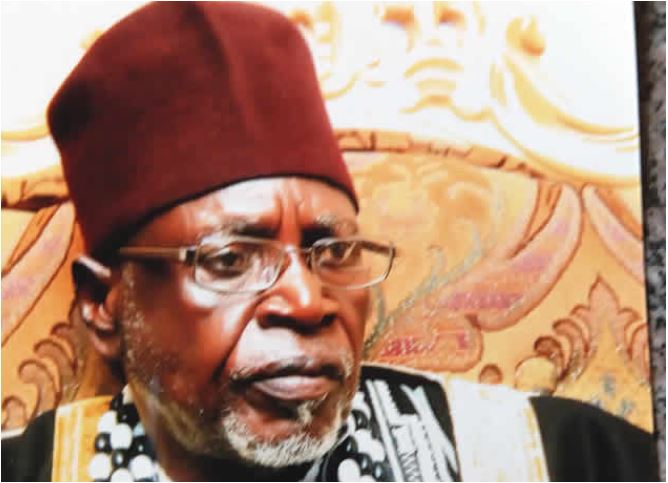 A first class traditional ruler in Benue State, Chief Abu King Shuluwa has vowed that no intimidation would make Tivs cede any part of their land to the Fulani herdsmen.

Shuluwa, who said this in a chat with newsmen in his Makurdi residence, claimed that the herdsmen, who were attacking Benue people had an agenda to take over and occupy Benue land.

While noting that the Tiv man, as a farmer, doesn’t joke with his land, the Tor Sankera said it was the vast fertile land and water in the Benue valley that the attackers and their sponsors were after.

“Every piece of land in Tiv land belongs to a family. So, the Fulani who are now killing us are sponsored, and the idea is to conquer. Nigerians should know that these Fulani are here to conquer. It has nothing to do with the grazing law which has been in existence for ages. The Fulani have an agenda and the agenda is to conquer.

“Tiv people are largely farmers and the struggle for fertile land is the reason for the scattered settlement patterns. A Tiv man doesn’t mind migrating to a far distance in search for a fertile land.

“A Tiv man knows which land is rich for his kind of farming. Fulani were not attacking us before. In the past, when they come, they would go to the chief and register their presence. They were also only coming during dry seasons, and as soon as the rains set in, they would return to where they came from.

“What is happening this time around is surprising, and they have taken us unawares. The normal Fulani we knew before would never kill anyone. These new crop of Fulani have come to conquer and settle. Nigerians should know we don’t have Fulani settlement in Tiv land or in Idoma land,” Shuluwa said.

“We know that the Fulani man doesn’t forget and this fight will still continue, but one thing is that we are also ready for them whenever they come. We will not leave our land for them. They have an agenda to conquer Benue and then move down south,” he added.