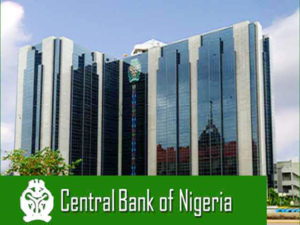 The Monetary Policy Committee (MPC) of the Central Bank of Nigeria (CBN) failed to bring down rates, but tightened measures because banks:

The MPC of the Central Bank of Nigeria (CBN) shocked pundits by retaining all the monetary policy instruments at their current levels.

Addressing journalists at the end of the MPC meeting in Abuja, CBN Governor Godwin Emefiele said “the Committee assessed the relevant risks and concluded that the economy continues to face elevated risks on both price and output fronts”.

Emefiele said: “Given its primary mandate and considering the limitations of its instruments with respect to output and conscious of the need to allow this and other measures, like the foreign exchange market reforms, to work through fully, the Committee decided to retain the MPR at 14.00 per cent; the  CRR at 22.5 per cent; the Liquidity Ratio at 30.00 per cent; and the Asymmetric Window at +200 and -500 basis points around the MPR.”

Defending the MPC’s decision, Emefiele said it decided to tighten measures because banks were not lending money to agriculture and manufacturing, but instead were funneling credit to traders who used the money to demand for foreign exchange.

Emefiele said: “There was a time when the MPC took a decision not only to reduce the monetary rate but also the cash reserve. These were intended to lower rates and encourage spending by the private sector. After we did that, because we did not see the impact on the private sector, we further reduced the CRR from 30.5% to 25%; N1 trillion was injected into the economy through the banks to loan this money but rather than loan this money those credits went to traders who used them to demand for foreign exchange, thereby putting pressure on the foreign exchange market.”

The CBN governor went on: “Thereafter, we reduced CRR to its current 22.5%, that is about N300billion to N500 billion but we said we were not going to allow the banks to have the cash until they send proposals to the CBN for primary agric projects, real manufacturing projects and other types of projects that will support industrial capacity and manufacturing output. I must confess that the proposals that we received were mainly for the purpose of refinancing the liquidity of the banks and thought that that was not what we wanted. That is the reason we have been circumspect about releasing some of those liquidity.”

Very few banks, he said, “have submitted proposals for agric and new manufacturing projects that we will be considering in due course.”

Emefiele explained that “if we lower interest rate, what that will do is make it possible for the fiscal authorities to borrow at a lower rate. If they borrow at a lower rate to stimulate the spending, yes it will stimulate the demand for goods. When you stimulate spending by proving cash or money without taking action to boost industrial capacity, what will happen is that there will be too much money chasing too few goods, which will worsen the current inflationary situation we are in right now.”

The option the apex bank wants to adopt “is that while the fiscal is going ahead to spend, what we want to do is to say, ‘maintain the rates where they are’, since we want to maintain a fairly tight situation and since the tightening, we have seen inflow of FX of above $1 billion between July and now.

“These were used to procure raw materials. This will lead to price of goods moderating and growth of industrial and manufacturing capacity. We want to match the demand so that it does not lead to further inflationary pressure,” Emefiele said.

On the efforts of both fiscal and monetary authorities to synchronise their actions, Emefiele said: “We are working together to achieve what we want to achieve so that we don’t hurt the economy.”

The CBN governor added that “the Committee acknowledged the weak macroeconomic performance and the challenges confronting the economy, but noted that the MPC had consistently called attention to the implications of the absence of robust fiscal policy to complement monetary policy in the past. The Committee also recognised that monetary policy had been substantially burdened since 2009 and had been stretched.”

Against this background, members, he said, “reemphasized the need to prioritise the use of monetary policy instruments in dealing essentially with stability issues around key prices (consumer prices and exchange rate) as prerequisites for growth”.

Emefiele said that “the MPC noted that stagflation is indeed a very difficult economic condition with no quick fixes: having been imposed by supply shocks as well as fiscal and current account (twin) deficits. Consequently, the policy framework must be reengineered urgently to provide a lever for reversing the negative growth trend. While the imperative for ensuring financial system stability remains, the MPC reiterated the fact that monetary policy alone cannot move the economy out of stagflation.”

Emefiele said: “The MPC considered the numerous analysis and calls for rates reduction but came to the conclusion that the greatest challenge to the economy today remains incomplete fiscal reforms which raise costs, risks and uncertainty”.

“The calls came mainly from the belief that reducing interest rates will spur credit growth, not only in the private sector but also by the public sector, which will help provide liquidity to stimulate consumption and investment spending.”

The Committee, the CBN boss added, “was of the view that in the past, the MPC had cut rates; but found that rather than deploy the available liquidity to provide credit to agriculture and manufacturing sectors, the rate cuts provided opportunities for lending to traders who deployed the same liquidity in putting pressure on the foreign exchange market which had limited supply, thus pushing up the exchange rate.”

On providing opportunity to the public sector to borrow at lower rates to boost consumption and investment spending, the Committee agreed that while it was expected to stimulate growth through aggressive spending, doing so without corresponding efforts to boost industrial output by taking actions to deepen foreign exchange supply for raw materials will not help reduce unemployment nor would it boost industrial capacities.

“The Committee was also of the view that consumer demand for goods, which will be boosted through increased spending, may indeed be chasing too few goods which may further exacerbate the already heightened inflationary conditions. The urgency of a monetary-fiscal policy retreat along with trade and budgetary policy,to design a comprehensive intervention mechanism is long overdue,” he said.

The CBN, Emefiele noted, “has since 2009 expanded its balance sheet to bail out the financial system and support growth initiatives in the economy”. ”While stimulating economic growth and creating a congenial investment climate always is and remains essentially the realm of fiscal policy; monetary policy in all cases only comes in to support sound fiscal policy. Nevertheless, the CBN has and shall continue to deploy its development finance interventions to complement the overall effort of fiscal policy towards reinvigorating the economy. The interest rate decisions of the CBN are, therefore, anchored on sound judgment, fundamentals and compelling arguments for such policy interventions.”

The Committee also feels that there was the need to continue to encourage the inflow of foreign capital into the economy by continuing to put in place incentives to gain the confidence of players in this segment of the foreign exchange market. Consequently, the Committee considers that loosening monetary policy now is not advisable as real interest rates are negative, pressure exists on the foreign exchange market while inflation is trending upwards.

The Committee noted the positive response of the deposit money banks (DMBs) to the CBN’s call for increased credit to the private sector between July and August. As the growth in the monetary aggregates spiked above their provisional benchmarks, headline inflation continued its upward trajectory in August 2016, and now close to twice the size of the upper limit of the policy reference band.

“Supply side factors, including energy and utility prices, transportation and input costs, have continued to add to consumer price pressures. Members emphasised that improved fiscal activities, especially, the active implementation of the 2016 budget, and payment of salaries by states and local governments, will go a long way in contributing to economic recovery. In the same direction, the Committee urged the fiscal authorities to consider tax incentives as a stimulus on both supply and demand sides of economic activities,” Emefiele said.

On the outlook for the future, the CBN governor stated that “the data available to the Committee and forecasts of key variables suggest that the outlook for inflation in the medium term appears benign. First, month-on-month inflation has since May 2016 turned the curve; second, harvests have started to kick-in for most agricultural produce and should contribute to dampening consumer prices in the months ahead; and third, the current stance of monetary policy is expected to continue to help lock-in expectations of inflation which, has started to improve with the gradual return of stability in the foreign exchange market.”

In this light, the MPC believes that as inflows improve, the naira exchange rate should further stabilise. Overall, the major pressure points remain the challenges in the oil sector (production and prices), output contraction, and other financial system vulnerabilities as well as foreign exchange shortage.

Reacting to the MPC ‘s decision, analysts have conflicting views on the development. Dr Ogho Okiti President/CEO of Time Economics Limited noted that “cutting the MPR could do more to erode the credibility of the CBN with regards to the conduct of monetary policy. Such action, in our opinion will help worsen the already growing negative real interest rate and could further discourage the return of foreign investors – something the CBN has worked so hard to avoid. Moreover, the pursuit of an expansionary monetary policy in order to support growth, in the face of rising inflation and currency depreciations could prove to be counter-productive, particularly in the absence of complementary fiscal policy reforms.”

Mr Basil Odilim Enwegbara, an Abuja development economist, aligned with the fiscal authorities by arguing that “a country deep in recession caused mostly by high cost of doing business with one of highest MPRs and CRR among peer economies, has its MPC members behaving as if the economic is in high growth mode,  calls for sober reflection. What it tells us is that the 2007 CBN Act forced on the country’s President is a great fraud that should be stopped. I strongly believe that we have come to the point in our monetary policy stance when the amendment of the CBN Act of 2007 is now urgent. The goal of the amendment is for the Commander-in-Chief of Nigeria’s economy, President Buhari who was elected by millions of Nigerians to better the lives and improve the overall economy should be the one to have the final say about the country’s MPR, CRR and forex policy.  Mr President should call members of MPC to a close door meeting and demand their immediate resignation. In the meantime he should appoint an acting team to be working directly with him until a new team is put in place.”