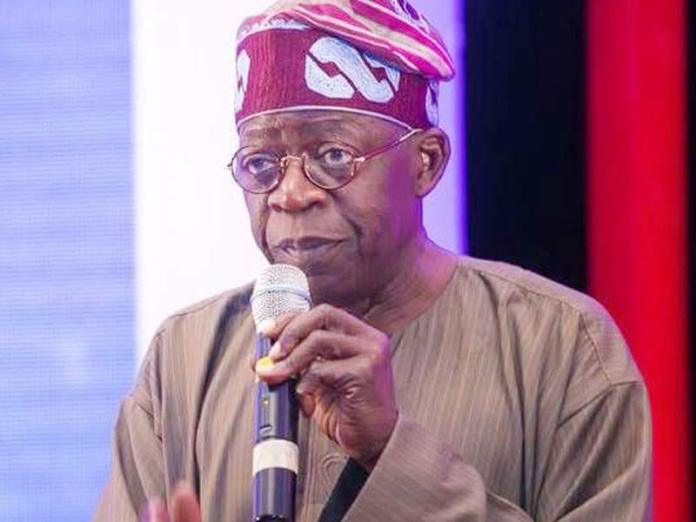 The National Leader of the All Progressives Congress (APC), Senator Bola Tinubu, Wednesday expressed concern that the party was losing the goodwill that heralded it to victory in 2015.

Speaking at a meeting with the National Chairman, Chief John Odigie-Oyegun, and members of the National Working Committee (NWC), Tinubu said the reason for some of the challenges the party might have faced was due to its inexperience in governance.

According to him, “We worked hard for victory. We have never governed before, but we won the confidence of Nigerians to govern. We have a creed to really serve the country; change and reform the country.
“It is not easy to have those changes implemented like instant coffee. We have to grow it and face challenges. I sympathise with us and we should equally look at ourselves. Since we won the election, the expectations were very high and the goodwill was extremely high. But where are we today?”

Apparently referring to criticisms and concerns shown by Nigerians over the performance of the APC-led administration, Tinubu said there were a lot of things that the party met on assumption of office, which ordinarily were enough to overwhelm any government.

He, however, said that the party and its administration would remain undaunted in their determination to confront challenges as they come and try to do something to improve the lives of Nigerians.

“It is only because people are not paying attention to the various statistics that are available and we had to push out. But I won’t touch those areas yet. The challenges of security, the challenges of reforms and re-engineering the finances of this country, stopping corruption and challenging the status quo to change and reform ourselves are there. It doesn’t go away overnight. You should work on it and work hard at it,” he said.

Tinubu, who arrived the National Secretariat of the APC at 2.pm, spoke on how he would execute the assignment given to him by President Muhammadu Buhari to reconcile aggrieved party men.
He gave insight on how he hopes to approach the assignment, saying that he would seek advice and try to build confidence amongst the stakeholders of the party.

He said: “The solution is to seek opinion and advice on the various complex issues around some states or if there is any national one, to reconcile; move the party in a cohesive manner, and reposition if any, and build the confidence among ourselves.”

While speaking on the outcome of the meeting, which lasted for over two hours, the National Publicity Secretary, Malam Bolaji Abdullahi, said it was an exploratory meeting meant to spell out the rules of engagement.

He said that the leadership of the party made it clear that it was ready to work with him to actualise his mandate.

“In whatever way we need to assist Asiwaju in this assignment we will be ready to do so,” he said.
On Tinubu’s term of reference, Abdullahi said that it was to identify areas of conflict within the party and to find ways of resolving them.

Earlier, while welcoming Tinubu to the party headquarters, Oyegun expressed the hope that Tinubu’s intervention would help “to heal wounds, where the party has wounds, and bring everybody together behind one single objective”.

Oyegun, who described Tinubu as a peace ambassador, also expressed the hope that the effort would succeed in putting the APC in a good condition to be a fighting political force such that in 2019, the election would become virtually a runaway victory for the party.

“There is no question at all that we have major issues with the National Assembly, major issues in Kano, Kogi, and Benue States. So, we truly welcome your appointment and I want to say that we will give you all the assistance that you will possibly need to make your assignment a most successful one,” he said.

Such a club, he said, best suits the president.
The PDP added that the APC national leader’s stance completely vindicated its position that Buhari should not seek re-election in 2019, having failed in governance and nation building, saying the president ought to step aside because of his inability to connect with the social and economic realities and speed of the current generation.

The PDP in a statement by its National Publicity Secretary, Mr. Kola Ologbondiyan, on Wednesday said Tinubu was proverbially passing a message to Buhari and his supporters as the president no longer enjoys mass acceptance among Nigerians ahead of the 2019 general election.

It said: “Every discerning Nigerian has discovered the fact that Tinubu is subtly passing a critical message to President Buhari and his supporters that he should not contest the 2019 election and that Nigerians have already moved on even without them.

“Even Tinubu knows that President Buhari, for obvious reasons, is the most qualified of all our elder statesmen to join the retiree’s club and save the nation the agony of more years of misrule characterised by untold economic hardship, heavy bloodletting and general indignation.”

The party said supporters of Buhari should, therefore, accept the reality by reading the handwriting on the wall and heed wise counsel from well-meaning Nigerians.

According to the PDP, “In any case, the APC is already on a death row, having led the worst government in the history of our country and will end up as the first party in government at the centre that will be rejected by Nigerians at a second attempt.

“It is to this end that the repositioned PDP has opened its doors to all in the patriotic quest to end the APC misrule by ensuring a new engagement among Nigerians from all walks of life.”