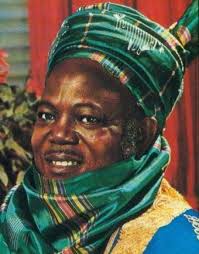 Alhaji Sir Ahmadu Bello KBE (June 12, 1910 – January 15, 1966) was a Nigerian politician who was the first and only premier of the Northern Nigeria region. He also held the title of the Sardauna of Sokoto. Bello and Abubakar Tafawa Balewa were major figures in Northern Nigeria pre-independence politics and both men played major roles in negotiations about the region’s place in an independent Nigeria. As leader of the Northern People’s Congress, he was a dominant personality in Nigerian politics throughout the early Nigerian Federation and the First Nigerian Republic.

Bello was born in Rabah c. 1909 to the family of Mallam Ibrahim Bello. His father held the title of Sarkin Rabah. He is a descendant of Uthman dan Fodio, a great grandson of Sultan Muhammed Bello and a grandson of Sultan Atiku na Raba. He attended Sokoto Provincial School and the Katsina Training College. During his school days, he was known as Ahmadu Rabah. He finished school in 1931 and subsequently became the English master teacher in Sokoto Middle School. 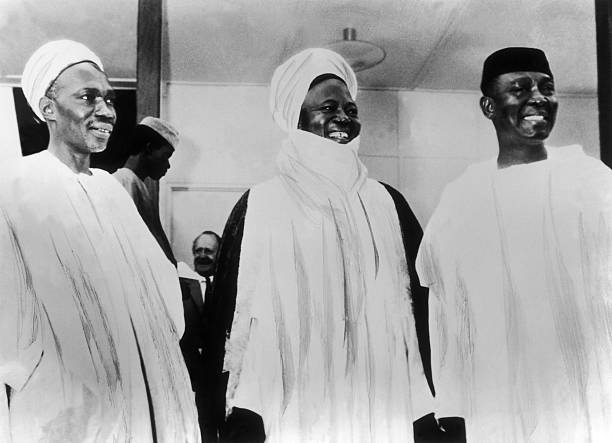 In 1934, Bello was made the District Head of Rabah by Sultan Hassan dan Muazu, succeeding his brother. In 1938, he was promoted to the position of Divisional Head of Gusau (in present-day Zamfara State) and became a member of the Sultan’s council. In 1938, at the age of just 28, he made attempts to become the Sultan of Sokoto but was not successful, losing to Sir Siddiq Abubakar III who reigned for 50 years until his death in 1988. The new Sultan immediately made Sir Ahmadu Bello the Sardauna (Crown Prince) of Sokoto, an honorary title, and promoted him to the Sokoto Native Authority Council. These titles automatically made him the Chief Political Adviser to the Sultan. Later, he was put in charge of the Sokoto Province to oversee 47 districts and by 1944, he was back at the Sultan’s Palace to work as the Chief Secretary of the State Native Administration.

In the 1940s, he joined Jamiyya Mutanen Arewa which would later become the NPC in 1951. In 1948, he got a government scholarship and was off to England to study Local Government Administration which broadened his understanding and knowledge of governance.

After returning from Britain, he was nominated to represent the province of Sokoto in the regional House of Assembly. As a member of the assembly, he was a notable voice for northern interests and embraced a style of consultation and consensus with the major representatives of the northern emirates namely Kano, Bornu and Sokoto. He was selected among with others as a member of a committee that redrafted the Richards Constitution and he also attended a general conference in Ibadan. His work at the assembly and in the constitution drafting committee brought him appreciation in the north and he was asked to take on leadership positions within Jamiyya Mutanen Arewa. In the first elections held in Northern Nigeria in 1952, Sir Ahmadu Bello won a seat in the Northern House of Assembly, and became a member of the regional executive council as minister of works. Bello was successfully minister of Works, of Local Government, and of Community Development in the Northern Region of Nigeria. In 1954, Bello became the first Premier of Northern Nigeria. In the 1959 independence elections, Bello led the NPC to win a plurality of the parliamentary seats. Bello’s NPC forged an alliance with Dr. Nnamdi Azikiwe’s NCNC (National Council of Nigeria and the Cameroons) to form Nigeria’s first indigenous federal government which led to independence from Britain. In forming the 1960 independence federal government of the Nigeria, Bello as president of the NPC, chose to remain Premier of Northern Nigeria and devolved the position of Prime Minister of the Federation to the deputy president of the NPC, Abubakar Tafawa Balewa.

Bello’s leadership characteristics was a blend of religious, traditional and modern values and his obligation in colonial and post-independence Nigeria was performing these different roles in the northern region. A major priority of his was making sure the region was at par politically and economically with the Western and Eastern regions. This contributed to the decision to replace both Southerners and Europeans in the Northern region’s civil services with Northerners, a policy that received criticism from opposition leaders such as Ibrahim Imam.

Bello originally embraced the Indirect rule system of colonial Nigeria before gradually embracing reforms. During his period of premiership, his biographer, John Paden described him as a progressive conservative, because he was an agent of change and also of the traditional elites. 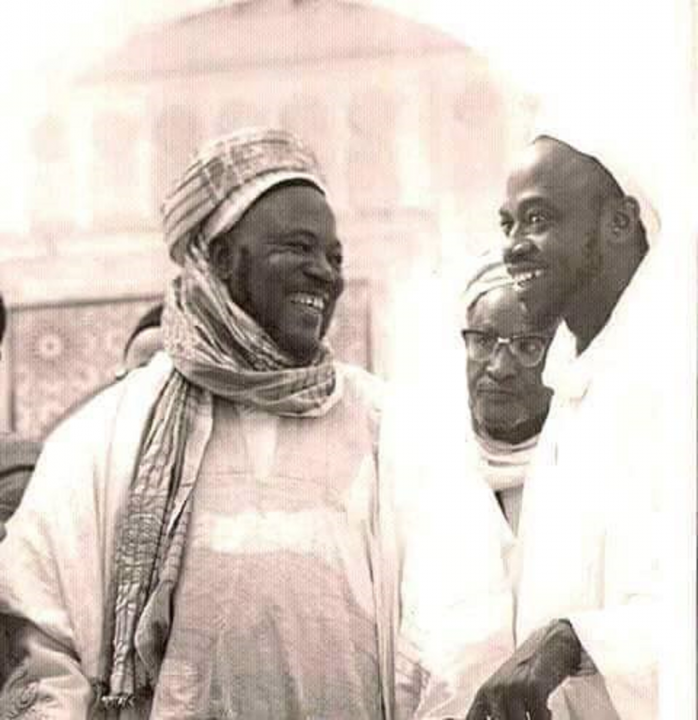 Bello initiated plans to modernise traditional koranic education in Northern Nigeria. He set up a commission to this effect and gave official recognition to the schools. The commission recommended the introduction of secular subjects in the schools and creation of different classes for pupils.

Part of his educational objectives was building a school in each province in Northern Nigeria.

Bello was assassinated on 15 January 1966 in a coup which toppled Nigeria’s post-independence government. He was still serving as premier of Northern Nigeria at the time. That was the first coup in Nigeria history. Also assassinated in the coup was his long time friend Alhaji Abubakar Tafawa Balewa alongside many political elites in the north and in the west. 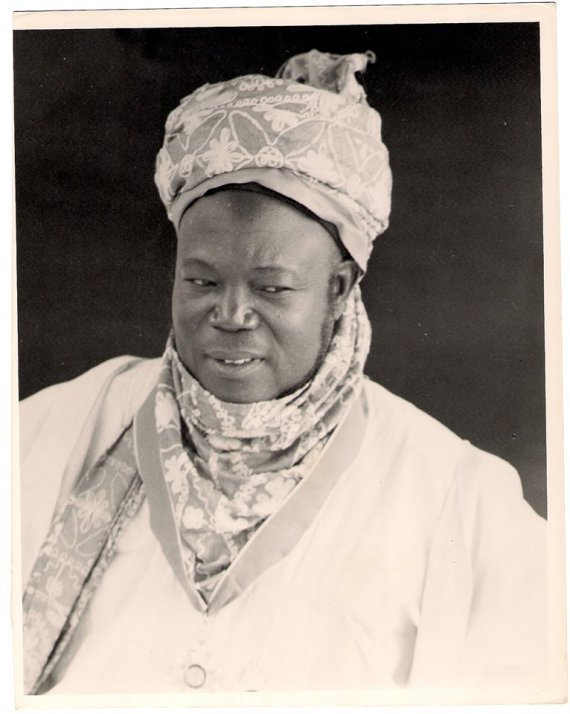 Bello married three wives. His first wife was Hafsatu. He had three survived daughters with one of his wife, Amina (Goggon Kano). His eldest daughter was Inno followed by Aisha and Lubabatu. 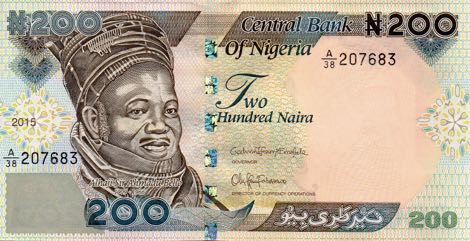 Bello’s greatest legacy was the modernization and unification of the diverse people of Northern Nigeria.

The Ahmadu Bello University is named after him. His portrait adorns Nigeria’s 200 naira note, and he is survived by three daughters, one of whom died in 2008.