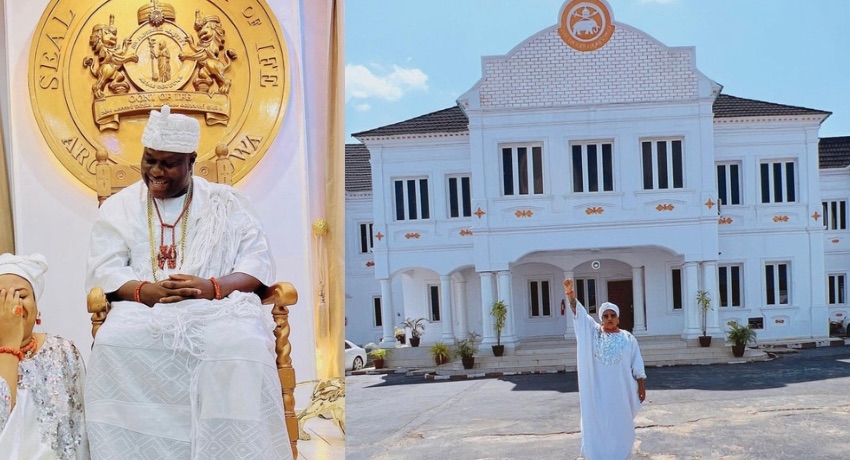 Controversial Nollywood actress, Nkechi Blessing Sunday who has not hidden her intentions in becoming Ife’s queen, has met the king himself — the Ooni of Ife. 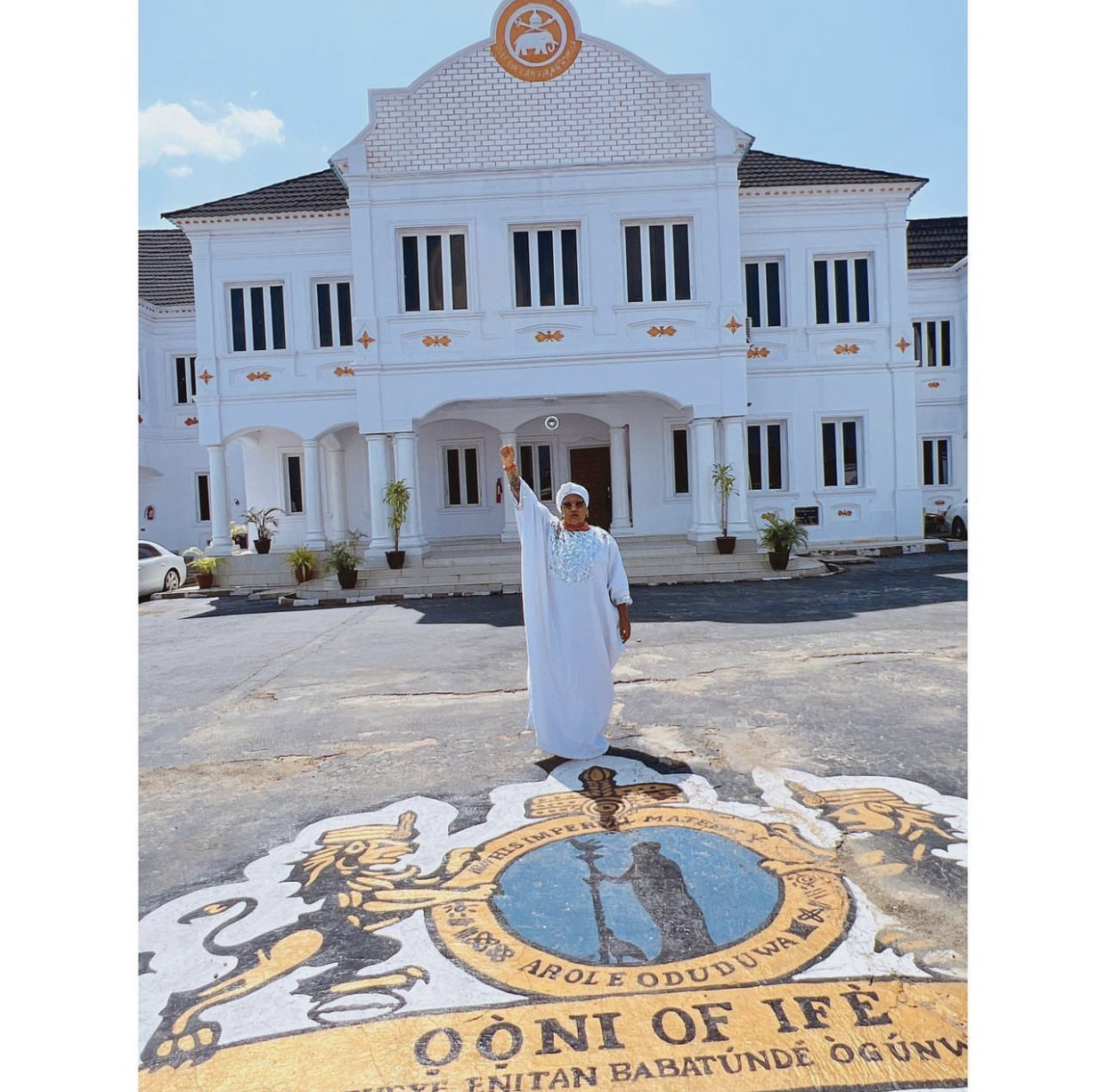 Recall Nkechi Blessing took up a new name as well as stormed the Ooni of Ife’s palace on Sunday, November 20. 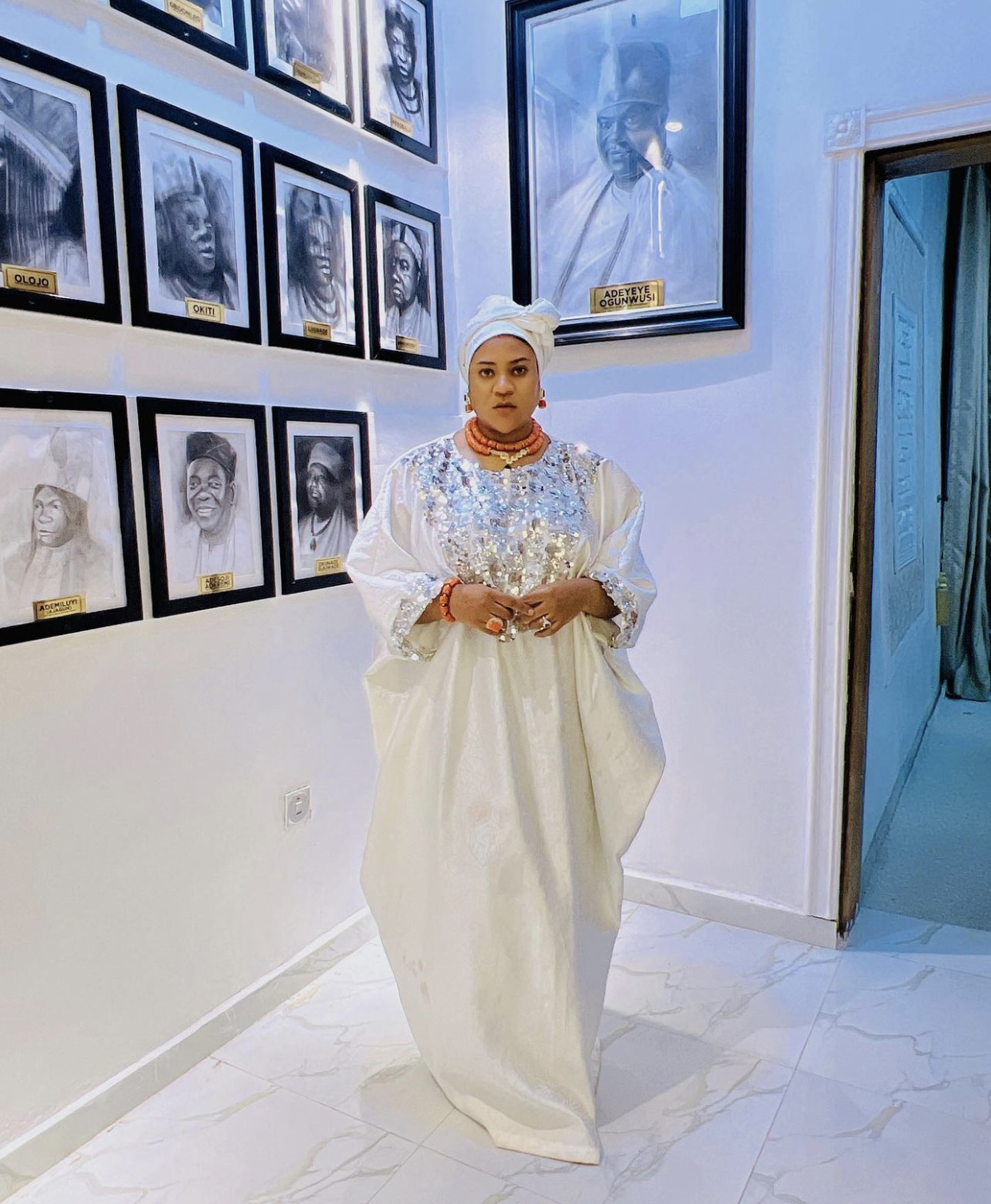 Hours ago, the actress shared a photo of herself seating at the feet of the Ooni, with her hand to her face and blushing. The Ooni himself could be seen looking at Nkechi Blessing and smiling down at her.

The mother of one, who said her name is now Olori Ibunkunoluwa captioned the photo:

“Ever met a jovial king? Well this picture says it all. I have never laughed this hard in a long time…Thank you soo much for the warm reception his Imperial majesty Ooni Enitan Adeyeye Ogunwusi ojaja (11) @ooniadimulaife God bless your existence Kabiesi.” 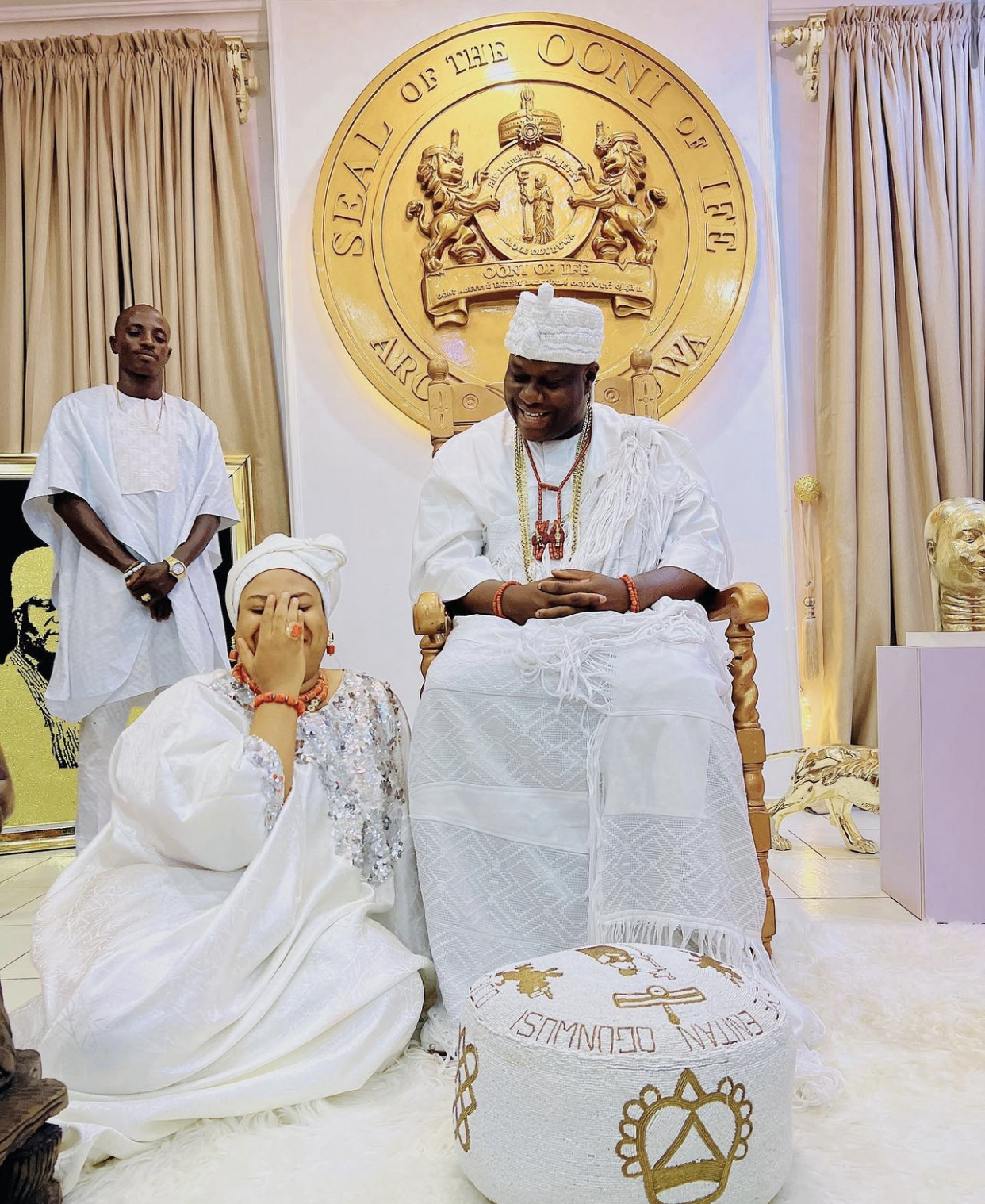 Recall, the actress who has been applying to be one of the King’s wife took to her Instagram page to share stunning photos of her at the palace.

Greeting her fans, Nkechi Blessing told them to address her as Olori Ibukunoluwa.

In October, Nkechi Blessing Sunday had applied to be one of the wives of the Ooni of Ife.

According to Nkechi Blessing, she wants to be the Ooni’s next wife and would patiently wait for her turn.

Her caption pointed that she is still aims at becoming one of Ooni of Ife’s wives.

Her request comes, following the Ooni’s series of marriage.

The monarch shocked many when he married seven women in a period of two months.