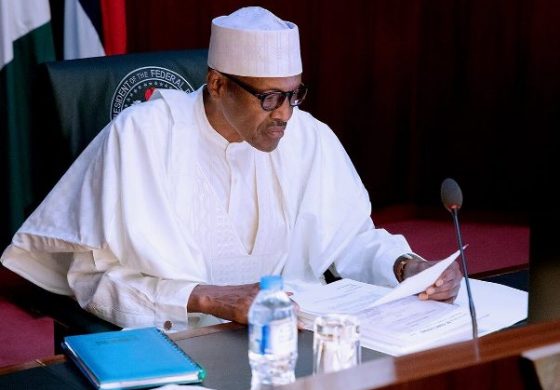 Perhaps, President Muhammadu Buhari’s only selling point in the run up to the 2015 election was his trumpeted integrity, incorruptibility and anti-corruption credentials. Consequently, upon ascending the president, Buhari set the war against corruption as its core mission in government. Rightly, during the President’s inauguration, the President declared that if Nigeria does not kill corruption, corruption will kill Nigeria. He even went ahead to set up a Presidential Advisory Council on Corruption, headed by an eminent lawyer and professor to help with studies of the nature of corruption and advise the administration how best to tackle the scourge.

Of course, in the first weeks of the administration, the right noises were made and the message reverberated even outside the country. There was a general feeling that there was a new Sheriff in town and the President’s ‘body language’ as it was called then, prompted the anti-corruption agencies – the Economic and Financial Crimes Commission (EFCC) and the Independent Corrupt Practices Commission (ICPC) to wake up from their deep and long slumber. Subsequently, the EFCC especially went on a rampage, arresting indiscriminately, engaging in media trials and obtaining so-called confessional statements under duress and splashing them generously on the pages of the newspaper but with few and largely unsuccessful arraignments, prosecutions and convictions.

It was not long before the war on corruption went the way of others before it – prosecution of only opposition politicians and people who disagree with the President, protection of corrupt associates and cronies, politicisation and cherry picking of those to prosecute and those not to, and hypocrisy in the war against corruption. Like a respected BusinessDay columnist termed it “despite the moral outrage and righteous indignation often expressed by Nigerian leaders, there is no credible commitment to tackling corruption”.

Sadly, the same president who is so zealous in fighting his corrupt opponents appears to lose his nerve anytime a member of his kitchen cabinet is accused of corruption even with concrete evidence. Right from the early days of his administration, weighty allegations of corruption were brought against key members of his kitchen cabinet – General Tukur Buratai, Chief of Army Staff, General Abdulrahman Dambazau, Minister of Interior and former Chief of Army Staff, Abba Kyari, and Chief of Staff to the President, Babachir Lawal, now suspended Secretary to the Government of the Federation (SGF) – and without even investigating those allegations, the president absolved them of any crime.

It was an embarrassed presidency that was forced to suspend the SGF for the same offences even after the President rejected the Senate’s indictment of the SGF. Interestingly, long after the Vice President submitted the report of the committee that investigated the allegations against the suspended Secretary to the Government of the Federation, Babachir Lawal and the Director General of NIA, Ayo Oke, the President is yet to make any comments on the matter.

Then there is the famous letter written to the President by the Minister of State for Petroleum, Ibe Kachikwu in which the minister accused the GMD of the NNPC (a Northerner) of disrespect and humiliation and above all, circumventing extant procurement regulations in awarding a series of contracts up to $25billion. Surprisingly, the minister stated that he would have wanted to discuss the matter personally with the president but was unable to secure an appointment despite very many attempts.

However, since the letter, dated August 30 was written, there has been no action taken by the President until the letter was leaked to the press last week.

No wonder an analyst recently quipped that “Buhari’s so-called anti-corruption fight is the most invidiously selective, the least transparent, the most brazenly unjust, and the silliest joke in Nigeria’s entire history.” How can the President use the EFCC to smear his opponents in the media, but tells falsifiable lies to defend, deflect, minimise and excuse the corruption of his close aides and political associates?

The import of Kachikwu’s letter to the president is clear: the government smells of corruption, poor governance, tribalism, chaos and total absence of due process and respect for the law.

As it stands, it will be difficult for the government to convince Nigerians that it is seriously out to fight corruption or provide good governance. Nigerians cannot wait to see its back!