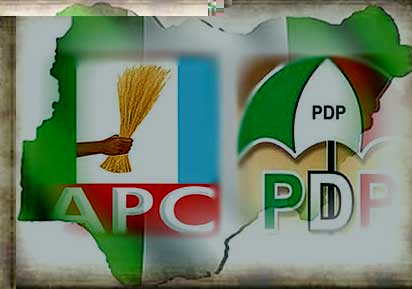 NO fewer than 8,000 members of All Progressives Congress, APC, led by a former governorship aspirant of the party in the 2016 governorship election, Mr Blessing  Agbomhere, have defected to the Peoples Democratic Party, PDP, in Edo State.

Agbomhere, who led the defectors to the PDP rally at Fugar, headquarters of Etsako Central Local Government Area of the state, pledged his commitment, loyalty and readiness to work for the party ahead of the forthcoming elections.

He said that APC cannot be trusted and that Nigerians must join PDP, come together as one, because, “If Nigeria does not kill APC, APC will kill Nigeria.”

Meanwhile, the PDP in continuation of its state meet the people tour, warned the APC led state government not to remove Afuze as administrative headquarters of Owan East Local Government.

State Chairman of the party in the state, Chief Dan Orbih, said that the warning had become imperative as APC conducted its purported council chairmanship primaries in Warake.

He said, “The one that was conducted in Afuze was rejected. This warning is important as in the past, ex-Governor Oshiomhole promised  to bring a university to Owan East, but when it was time to establish a university,  Obaseki relocated it to Oshiomhole’s backyard.”

“Afuze people plan to stone the former governor in fulfilment of his campaign wish that if he doesn’t upgrade Michael Imodu College of Physical Education, he should be stoned.  They say they are not deceived by the change of Sign Board in front of the college that reads Tayo Akpata University of Education campus.

“At Iyamoh, with the establishment of that University,  ex Governor Oshiomhole appointed Afri Invest as its preferred partner to manage the university. It will interest you to know that the only qualification Afri Invest could boast of is that it is Obaseki’s company. It has no track record of even managing  ‘garri school.’

“Obaseki must declare equity contribution of Afri Invest in Edo University, as it smacks of conflict of interest and smells of fraud and corruption.”