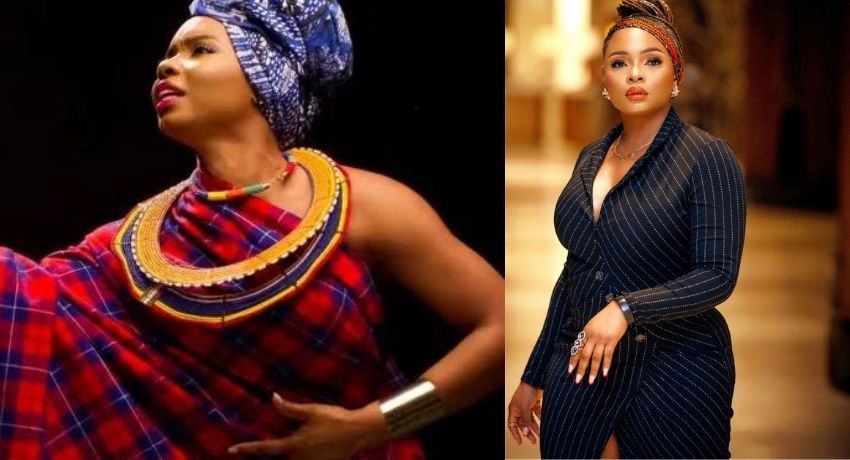 Popular singer and songwriter, Yemi Alade has reacted after a Twitter user shamed her for not being married. Yemi Alade said if a man can be celebrated without referring to his age or marital status, then the same courtesy should be extended to women.

The songstress shared a tweet that reads: “exhausted but relentless” and the follower responded with his unsolicited advice.

“Your now entering your fourties’ almost seeing your menopause and you’ve not married is not even that you have children sef so what’s the need of your riches ??@yemialadee”

He was called out by other Twitter users but he doubled down in another tweet that reads:

Yemi hit back at him, telling him that when she eventually gets to her 40s and starts experiencing menopause, she will do that as a “healthy, wealthy woman” and the follower will still be on Twitter “tweeting empty shellings.” 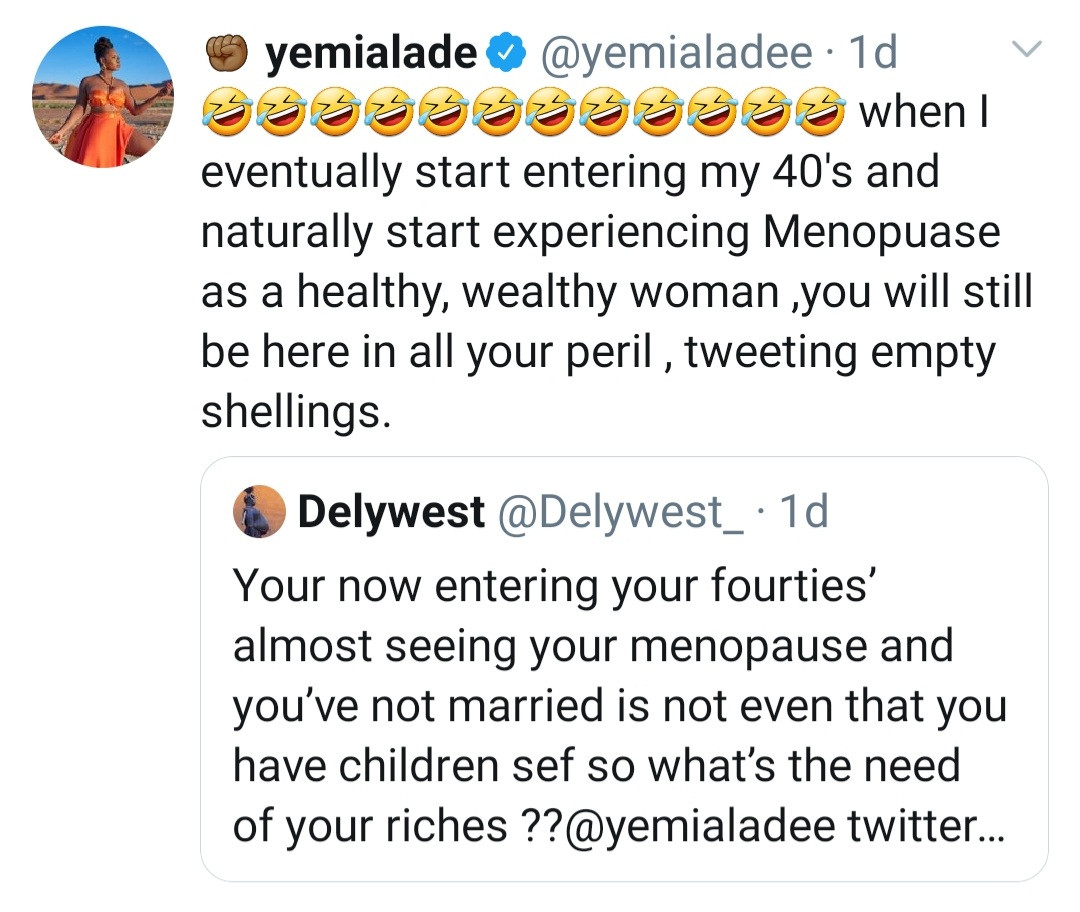 She then called him a “duckling” and blocked him, before warning that others whose tweets are disrespectful will be blocked too.

See their exchange below: 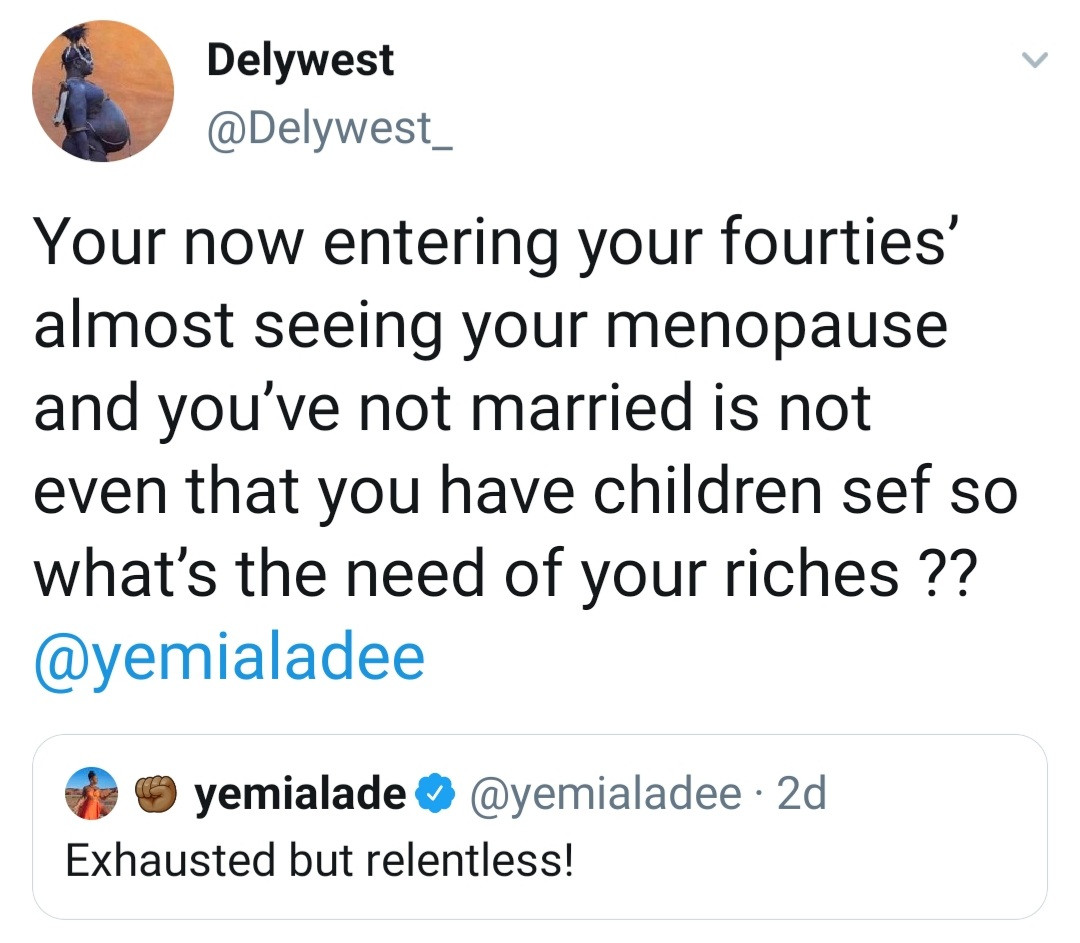 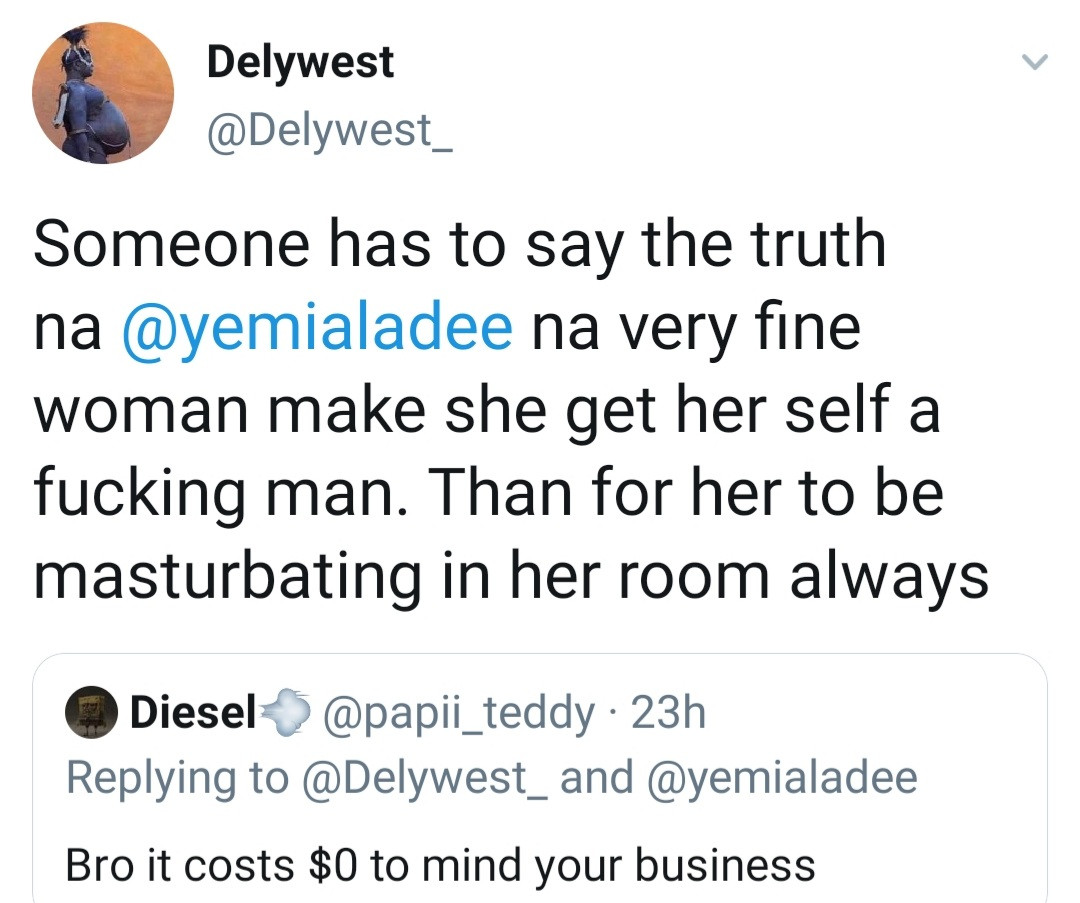 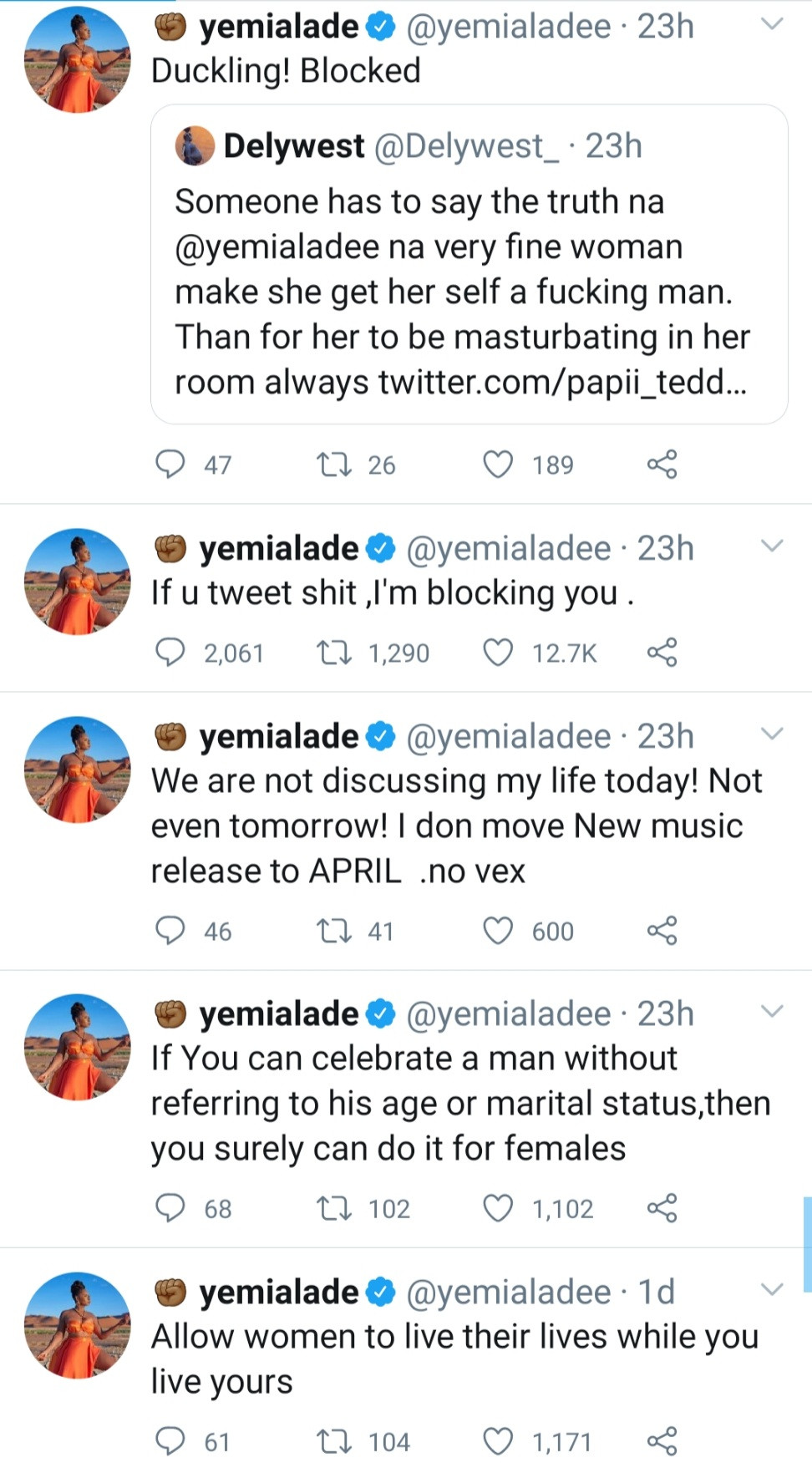