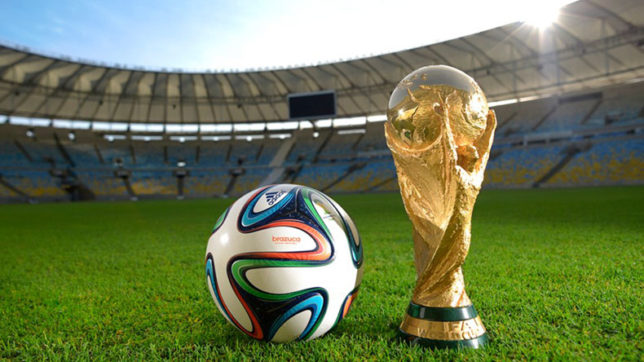 The 2018 Fifa World Cup gets underway today when hosts Russia take on Saudi Arabia in the opening game after what promises to be an elaborate opening ceremony at Moscow’s Luzhniki Stadium.

After months of fever-pitch anticipation, football’s showpiece event returns with 32 countries vying for glory in the month-long event.

Defending champions Germany will be looking to become the first team to win back-to-back World Cups since Brazil in 1962, while the hosts Russia – the lowest ranked side in the tournament in 70th – will seek to avoid the ignominy of being only the second hosts to not make it beyond the first round after South Africa in 2010.

Die Maanschaft has reached at least the semi-finals in each of the past four editions of the competition and after being the only team to progress through European qualifying matches with a 100 percent record.

They showed their potential by winning the Fifa Confederations Cup last year with a second-string side, and will fancy their chances having been drawn in Group F with Mexico, Sweden and South Korea.

Five-time champions Brazil is the only nation to have featured at every single World Cup but they have not won the tournament since 2002, while you have to go back to 1958 to the last time they won it on European soil.

Winners in 1998, France come in as one of the favourites for the Mundial, boasting some of the most talented footballers in world football including Kylian Mbappe, Nabil Fekir, Antoine Griezmann among others.

Despite a managerial shakeup on the eve of the World Cup, Spain remain one of the favourites given the depth of world class players in their squad.

With serial Champions League winners from Real Madrid and the super-talented Barcelona players, there can be no writing off La Furia Roja who begin their campaign Friday with a lavish fixture against European champions Portugal.

Three-time African champions Nigeria will be looking to scoop more than the fashion accolades and go beyond their best ever finish of the last 16 stage.

The matches will be played in 12 stadiums, across 11 cities, spread over 1,800 miles with at least one and a half million fans expected to be in Russia and an estimated global television audience of over three billion viewers.