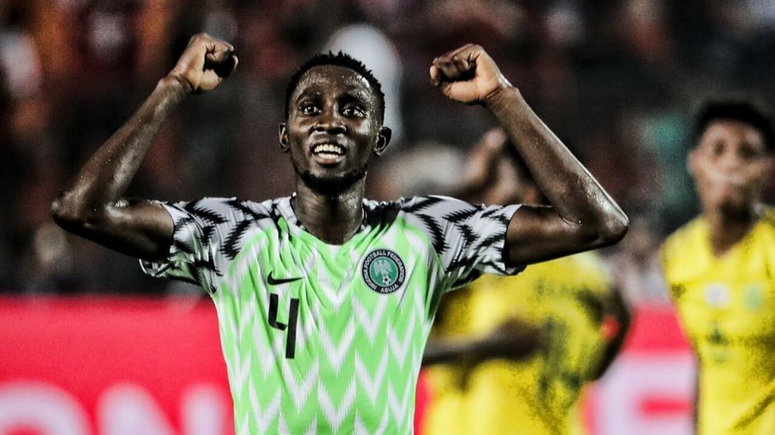 The Nigerian Football Federation has announced that Super Eagles midfielder, Wilfred Ndidi is out of the friendly matches between Nigeria and Algeria.

The Nigerian Super Eagles are set to have two matches with the Algerian team. One is slated to be held this weekend with the ‘Algerian B Team’, while they face the main team, Tuesday.

Several changes had been made in the initial list of invited players before now, due to a string of injuries recorded among the players. It therefore came as a rude shock, when the news of Wilfred Ndidi being affected came to the team.

According to the information passed by the NFF: ‘@NGSuperEagles midfielder Wilfred Ndidi is injured and out of the game against Algeria. He has left the team’s camp and returned to England. Get well soon Wilfred.’

Recall that three players who were on the initial list of players invited by the Super Eagles Coach, Jose Peseiro, namely Samuel Chukwueze, Ahmed Musa and Henry Onyekuru have since pulled out of the games owing to one injury complaint or the other.

On his part, Wilfred Ndidi just made a return to the national team after missing the key World Cup playoff matches against the Black Stars of Ghana and also being absent at the AFCON qualifying matches against Sierra Leone and São Tomé and Principe.

As it stands, nobody can tell how long the midfielder will be on the sidelines because the nature of his ‘mystery’ injury was never disclosed. If the injury is severe, it is most likely that he would miss out on Leicester City’s Premier League match against Nottingham Forest and the opportunity to help his club side climb off the bottom of the table.

Since there are no matches yet under the Super Eagles’ Coach, Peseiro, it is hopeful that Wilfred Ndidi will return fit, early enough for Nigeria’s friendly match against Christianity Ronaldo’s Portugal on November 17, just before the Qatar 2022 World Cup gets underway.

The last time the 25year old midfielder played for the Super Eagles was seven months ago at the delayed 2022 African Cup of Nations in Cameroon.

In response to speculations about the Super Eagles being affected by his absence, however, sports analysts have said that the Nigerian team would not be affected in any way. In an interview with newsmen, Dosu Joseph stated: ‘It’s just a friendly in which new formations and players are tested to see if they can fit into the team. His quality is not in doubt that’s for sure and I believe the team is well covered in the defensive role for the game. I wish him a speedy recovery.’

Emmanuel Amuneke, on his part averred: ‘Ndidi is a special player which the Eagles have missed in games but this is friendly and I believe it is a chance for some of the other players in that role to show themselves.