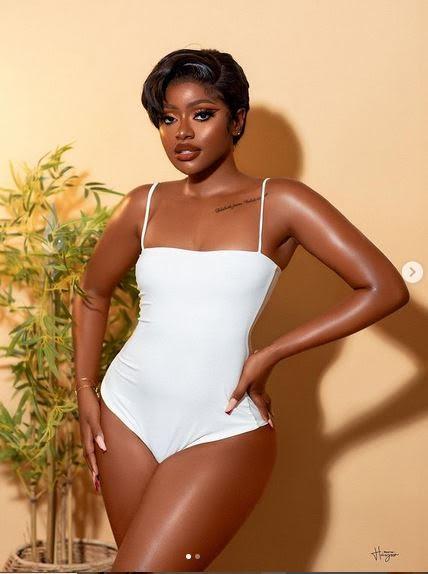 Social media has been awash with news of Davido and model Ama Reginald dating each other. The news grew wings when the beautiful model took to her Instagram page to display her newly acquired Range Rover SUV which many claimed was made possible by the singer.

Although many respondents, both from Davido and Ama Reginald’s camps have debunked there is any romance going on between the duo, but happenings around them suggest otherwise.

“Does Ama hang out with David, yes! Has Ama f-cked Davido, no! Did David buy the Range Rover for Ama, NO. Of course if David bought that Range Rover we will give credit to him, what’s there to hide,” a friend of Ama Reginald was allegedly quoted as saying.

Also, a popular blogger called Gistlover had alleged that the OBO is sleeping with the model but not dating her. Whatever that means! How could you be sleeping with a woman without dating her and yet you still hang out with her sometimes?

Meanwhile, a video of Davido and his crew enjoying a boat ride with the model, having a swell time, once surfaced on social media.

Davido just doesn’t show up at events unless there is so much money to be made or the event is of huge importance to him. Yet he showed up at Ama Reginald’s 22nd birthday in January.

Ama Reginald was the envy of every woman on St Valentine’s Day as her lover, a mystery man, who has been pulling some golden strings in her life, besotted her with Valentine’s gifts that got other women rocking with delight and envy.

The gifts, which the sensationally beautiful and sexy model displayed on her Instagram page consisted of a bouquet of flowers, diamond jewelry and N30M cash in both naira notes and dollars. It was mind-boggling and the model didn’t hide her ecstasy.

It does appear the mystery man has stepped out of the shadows!