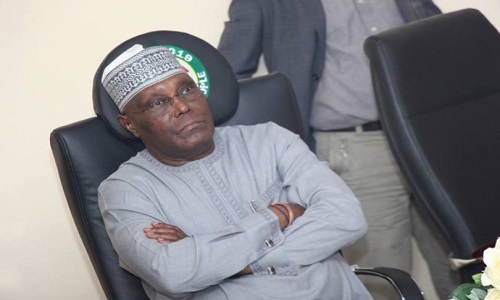 After five futile attempts, former Vice President Atiku Abubakar’s bid for President suffered another defeat yesterday. The Supreme Court ruled his appeal as lacking merit. What next for the Waziri Adamawa? Deputy Editor Emmanuel Oladesu examines the political career of the eminent politician, his battles and his camps’ projections for the future

He came, he saw, but he could not conquer on the slippery political field. A long distant runner, he failed to breast the tape. Both at the level of ballot box and the temple of justice, his ambition to rule the country finally clashed – at least for now. What next for Alhaji Atiku Abubakar, the Waziri Adamawa and Peoples Democratic Party (PDP) candidate in the February 23 presidential election?

A major tragedy has befallen the main opposition party. Since 2015, it has been left in the cold. The party and its leadership appear to be politically maladjusted. It has not done well as a federal opposition party. Now that it has failed to bounce back through the judicial process, what is its next agenda?

Atiku has been the party’s main hope for this season. His defeat is therefore, a major setback despite PDP’s successes during the last governorship polls.

At the historic PDP convention held at the Adokie Amiesimeka Stadium in Port Harcourt, Rivers State, almost two years ago, Atiku dwarfed his rivals. He had 1,537 delegate votes, beating Sokoto State Governor Aminu Tambuwal, who got 693 votes. Atiku peeped into the future with optimism. The bid for the presidential ticket was not a child’s play. He triumphed.

The former vice president also mended fences with old detractors. He was made to visit the United States to prove that the country had nothing against him. His former boss, oppressor and tormentor, former President Olusegun Obasanjo, became his chief image launder, sponsor, promoter and grand campaign manager.

Money was not Atiku’s problem. He deployed his resources and held a largely successful nation- wide campaign. Obasanjo’s letter was to prepare the ground. On the podium, the PDP candidate promised an alternative route to good governance. But, there was no display of ideological superiority.

However, the general election was a greater hurdle. There was a huge gap between expectation and reality. Atiku had a high expectation. It was the tonic that sustained him during the electioneering. But, voters disappointed him, as it were. According to the Chairman of the Independent Electoral Commission (INEC), Prof. Mahmud Yakubu, who was the Chief Returning Officer, President Buhari got 15,191,847 votes while Atiku got 11, 262, 978 votes.

Atiku cried foul. He refused to concede defeat to his more formidable opponent, President Muhammadu Buhari. Having rejected the umpire’s verdict, the battle shifted to the court. At the tribunal, he failed to get victory, despite his counsel’s frantic efforts. Yesterday, the apex court also rejected his major prayer. It was final.

Atiku is a courageous politician endowed with audacity of hope, which has served as the elixir of political life

Between 1991 and now, he had contested five times for the presidential ticket on different platforms. Yet, the driver’s seat has always eluded him.

Atiku’s political life is full of ups and downs. But, his ability to quickly put the past behind him, strive to rise after each electoral fall and forge ahead with optimism underscores a sort of “audacity of hope.”

During the election, be called for power shift as the APC pushed for continuity.

Both party fired salvos. In the last 19 years of stable civil rule, many gladiators from both sides have cohabitated during the alignment and re-alignment of forces. They are not oblivious of their strengths and weaknesses. All these were exploited by the two parties.

It was Atiku’s fifth attempt at the presidency. At 73, he is not a young man. Many thought that time was running out. Yet, for him, the attainment of the presidency is a critical factor in self-actualisation.

In the aborted Third Republic, Atiku challenged the late Moshood Abiola to a duel at the historic Jos convention of the defunct Social Democratic Party (SDP). According to observers, he was running for the highest office by proxy. The main issue at that time was his political mentor, the late Gen. Shehu Yar’Adua, who later asked him to step down for Abiola during that tensed moment of horse trading, wheeling and dealing.

Having placed his hands on the plough, Atiku has not looked back. Although he was elected governor of Adamawa State, fate catapulted him to the position of number two citizen at the federal level.

His second attempt was in 2003 when he made a feeble attempt to contest against Obasanjo. Atiku was said to have the backing of many governors, including Orji Kalu (Abia) and James Ibori (Delta). It was a risky venture. The president was said to have knelt down for his deputy as he implored him to opt out of the race. If he had contested at the convention, may be, he would have won the ticket. That episode marked the parting of ways between the former numbers one and two citizens.

Henceforth, the presidency and the PDP became hot for him. He was de-robed as deputy president. He became a proper spare tyre. Even, an administrative panel headed by Mallam Nasir el- Rufai indicted him. He was in court six times fighting the threat to his ambition.

When he defected from the PDP in 2007, he sought refuge in the defunct Action Congress (AC). He ran for the president, but without success. He was defeated by the younger brother of his mentor, the late President Umaru Yar’Adua. Atiku’s runnning mate was Senator Ben Obi.

After the unsuccessful attempt, he retraced his steps to the PDP. Later, Obi followed suit. The AC family felt betrayed. They complained that he jumped ship without informing party leaders. He lost the confidence of a political family that tried to salvage his career when the hand of Obassnjo was heavy on him.

In 2011, Atiku threw his hat into the ring again. At the regional selection process, he defeated former President Ibrahim Babangida. But, he could not cross the next hurdle. At the PDP primary in Abuja, the Federal Capital Territory (FCT), he was defeated by President Goodluck Jonathan, who had the backing of Obasanjo, the political coach-in-chief.

A serial defector, Atiku later left for the APC after the formation of the party by the legacy platforms – the Action Congress of Nigeria (ACN), the All Nigeria Peoples Party (ANPP), the Congres for Progressive Change (CPC), a faction of the PDP and All Progressive Grand Alliance (APGA). During the 2015 primary, he contested along with President Buhari, Senator Rabiu Kwakwanso, Owelle Rochas Okorocha and Sam Nda Isaiah, publisher of Leadership newspaper. He came third, trailing Kwakwanso. Gen. Buhari was elected as candidate.

Two years ago, the former vice president parted way with the APC. His foes chided him for impatience and political harlotry. He unfolded his presidential ambition, thereby drawing attention to himself as an opposition leader. By the time he returned to the PDP, he had revived his old structures and networks across the six geo-political zones.

To warm himself to the politically conscious and highly enlightened people of the Southwest, he campaigned to them on the borrowed platform of restructuring. His campaign manager was former Ogun State Governor Gbenga Daniel. But, already a household name in Nigeria, Atiku needed no introduction.

The eminent politician displayed a wider experience mobilisation during the primary and general election. His ambition polarised the polity. He succeeded in moderating the public perception of his personality and Political career. He maintained that he has never been tried and convicted for corruption.

What also worked for Atiku during the poll was that he had tentacles across the zones. He gave a good fight.

Party elders from the Southwest confided that Atiku will not go into oblivion. “We will draft him to the 2023 race,” said a party elder and former minister from Osun State, who added: “PDP will still zone the presidential ticket to the North.”

Many supporters doubted that Atiku will be discouraged by the verdict. According to them, he has a great deal of resilience. They believe that he will return to the drawing board. Others said the belief in the prediction of marabouts has not waned. But, if he contests, he will be challenged by other formidable aspirants during the shadow poll.

The PDP cannot be ruled out in the scheme of things. Although it has lot federal power, it has governors in more than 16 states.

As from today, Atiku can play the role of an “opposition leader.” The onus is on him to unite the main opposition party, ahead of future elections.

By 2023, the former vice president will be 77. Will he run or sponsor a candidate? Time will tell.