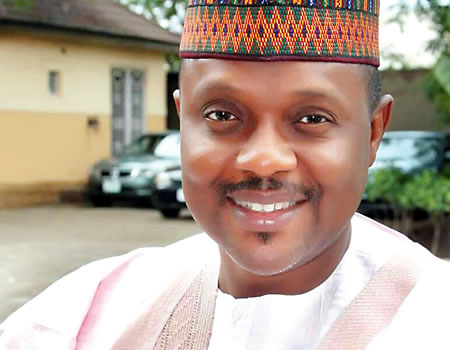 Former Bauchi State Commissioner for Health and president of the Nigerian Cancer Society, Professor Abubakar Sani Malami speaks with ISHOLA MICHAEL on Nigeria after 57 years of independence, the legacies left behind by past Northern leaders and qualities of the present leaders of the region. Excerpts:

Has Nigeria achieved the objectives of the founding fathers?

As a nation, Nigeria has had its own fair share of achievements and challenges. That we have remained one, the so-called giant of Africa, is truly remarkable and commendable. It is especially for this reason that I do not share the view that Nigeria is a mere “geographical expression”. However, it is highly regrettable that almost 60 years after independence, we are still unable to feed ourselves. It is equally tragic that the nation cannot guarantee the safety and economic wellbeing of the majority of our citizens. Ironically our Coat of Arms proclaims “Unity, Peace and Progress” as a national mantra. It goes without saying that all three goals remain mere dreams.

The dreams of the great Sardauna, Ahmadu Bello, is to establish a fully developed Northern Nigeria that can match any modern civilisation in the world. Have these dreams been realised?

The late Sardauna was an unfortunate giant who bequeathed midgets. He was a highly cultured man, visionary leader and above all a selfless servant of the common man. The legacies he left in 1966 have yet to be equalled much less-improved. The quality of leaders we have today in Northern Nigeria is pathetic. It is sad that to a very large extent we are where we are now because the generation that succeeded the founding fathers in the corridors of power to-date have been a great disappointment. For instance, if we take gainful employment, efficient health care delivery, functional literacy and infrastructure as surrogate markers of societal development, which part of Northern Nigeria could be said to be even partially developed? If you move around the North all you will see is deprivation, abandoned factories and decaying infrastructure. The hitherto efficient rail system is gone; the Kano pyramids are gone; the typical farmer or herdsman has become pauperised. Even our historical artefacts have not been spared, all simply because we have lacked quality leadership.

What are the problems with Nigeria and how can they be overcome?

I am a believer in the Nigerian project. I am convinced that our best days lie ahead. But it is worth noting that the story of Nigeria is that of huge unrealised potential essentially because we have lacked inspirational leadership. The perception that Nigerians are inherently corrupt is wrong. We are not a lazy people. The reality is that bad governance has made many of us unpatriotic. We now tend to think first in terms of the self, clans and tribe in that order. Nonetheless, there is hope that the nation will soon get it right in view of the current efforts in favour of generational shift. I wholly subscribe to that and believe that my generation is equal to the task of nation building.

With some other European and Asian countries that Nigeria had economic advantage over in the 70s and early 80s now miles ahead, do you think the entity called Nigeria should be renegotiated by all ethnic partners to chart a better course for it?

As an individual I am unable to find the nexus between underdevelopment and a perception of persecution by one region or another. It goes without saying that once again dark clouds are hanging over the nation. But it is important that we understand the context under which the current wave of ethnic nationalism has prospered.  It has been argued, and very eloquently too, that the solution to Nigeria’s problems is to restructure it so that the centre (Federal Government) becomes less powerful. In the ensuing debate it has become fashionable to blame Northern Nigeria. A majority of those who propose this position conveniently forget that an all powerful Federal Government was a creation of Decree No.34 of 1966 which was created by former Head of State, General Aguiyi Ironsi. For whatever reason, his own Igbo kinsmen are now vehemently opposed to it and complain of being marginalised. It may well be true that they are indeed marginalised and a form of settlement should be found to  assuage their fears while at the same time protecting the interests of the other 460 or so tribes in Nigeria. However, as a friend of the East, I am disappointed that for all intents and purposes the Igbo political leadership, the diaspora and intelligentsia have openly embraced the violent and extremist ideology of the IPOB. The militant and hostile posturing of that group should be replaced by one marked by mutual respect and understanding. It is time the people of Eastern Nigeria find a more credible platform to actualise their dreams.