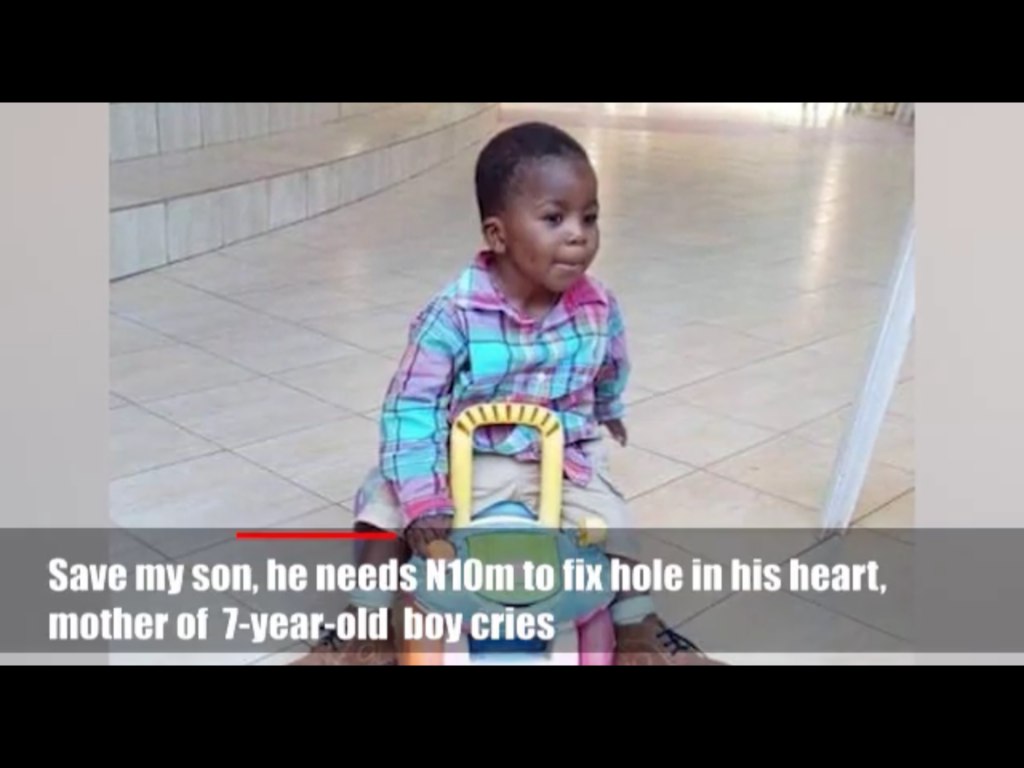 Mother of 7 year old Ikechukwu Emmanuel is pleading with Nigerians to help donate N10 million for her son’s medical bills.

The mother of four revealed that a general hospital in Lagos discovered her son had a hole in his heart when he was one month.

According to her, they had the first surgery in India when her son was five months old.
But they could not go back for the reconstructive surgery after four years because of financial issues.

Now, seven years after, Ikechukwu Emmanuel is experiencing autism syndrome; he cannot speak well and he is having some brain defect, while the heart is swelling.