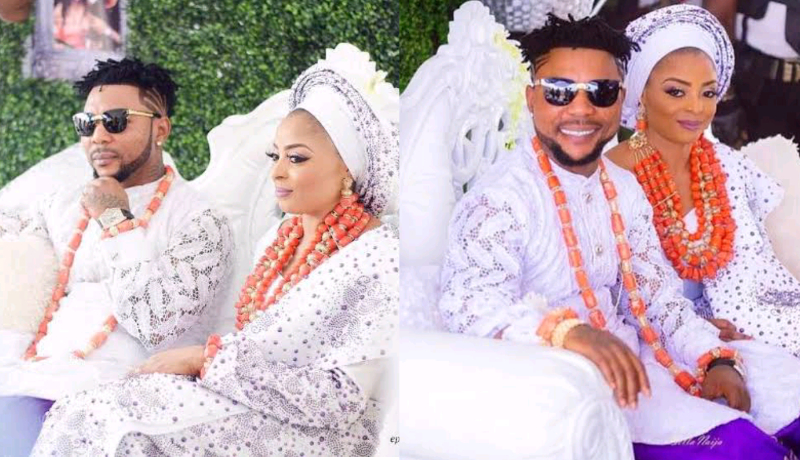 Nabila Fash, Estranged wife of singer, Oritsefemi has opened up to media personality, Daddy Freeze about her failed marriage.

Nabila revealed in an interview with Daddy Freeze, that their marriage has come to an end they are going through a divorce process.

Nabila disclosed that the singer had welcomed a child with another woman, while they were still married.

According to her, Oritsefemi has two daughters from two different women before they met and that she took those girls as her own daughters.

VIDEO: Mammoth crowd troop out to celebrate with BBNaija’s Chomzy as she graduates from IMSU in style

She said the singer had gotten another lady pregnant while they were dating and were about to get married and welcomed another daughter with the same woman.

She further said she had to deal with his constantly cheating as several women reached out to her to inform her of his cheating habits.

Nabila added that Oritsefemi was expecting his son with the fourth woman during the period he came online to ask the public to help beg her and when she moved out of their home because he was physically abusive towards her.