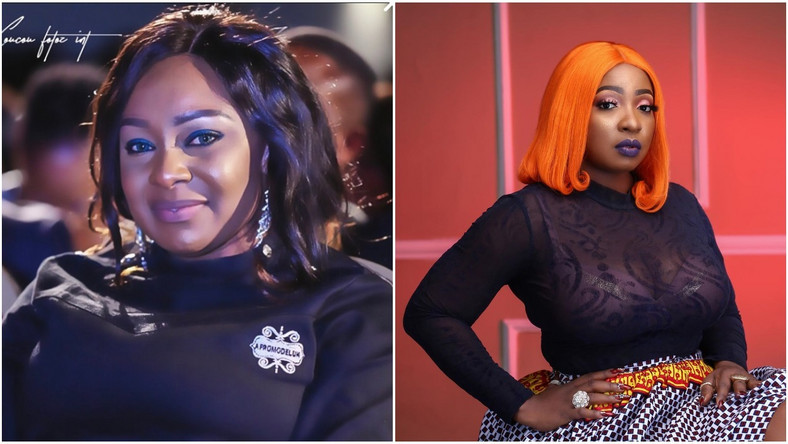 actress, Victoria Inyama has countered the claims by colleague, Anita Joseph, over the nonexistence of rape in marriages.

Anita Joseph had posted a video on her Instagram page a few days ago, where she argued that a woman cannot claim her husband raped her if he had sex with her when she wasn’t in the mood.

In a video shared via her Instagram page on Sunday, June 14, 2020, the actress said rape in marriages exists.

According to her, it is a form of domestic violence which she said she faced while she was married.

“I have been getting a lot of DMs over Aunty Joseph’s video. Can a husband rape? Yes, a husband can rape his spouse. It depends. Let me define it. Marital rape or spousal rape is the act of sexual intercourse with one’s spouse without the spouse’s consent,” she said.

“The lack of consent is essential here because it does not need to involve physical violence. Marital rape is a form of domestic violence and sexual abuse. Husbands can rape the wife. I do not know about wife raping a husband. The most important thing is consent is needed.”

“A lot of women constantly raped in their marriage. They are so ashamed to even talk about it. I have experienced it and I am learning about it. The trauma and the damage it causes is beyond your understanding.”

Inyama’s latest video is coming days after Anita Joseph in the company of her husband, Michael Fisayo took to Instagram to talk about rape in marriages.

According to her, the body of a woman is like food to her husband and should be readily available anything he desires.