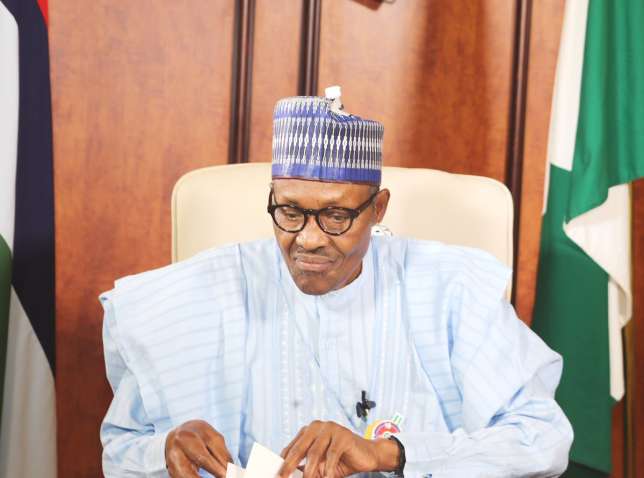 Transparency International (TI) is obviously not impressed with President Buhari’s credential as a corruption fighter.

A new ranking by TI portrays that Buhari’s anti-corruption war has been plenty of noise and no action.

TI is a Berlin based non-governmental organisation which annually deploys metrics to rank countries on accountability processes and transparency measures.

Going backwards are we?

However, TI ranked Nigeria the 148 most corrupt country out of 180 countries surveyed in 2017.

TI’s ranking is called the Corruption Perception Index (CPI) and there were released on Wednesday.

In Africa, Nigeria is the 32nd most corrupt, according to TI’s CPI, a ranking that deeply worries the Civil Society Legislative Advocacy Centre (CISLAC).

“On the African continent, Nigeria ranks 32nd position in Africa out of 52 assessed countries in 2017. While Botswana leads the continent with the record of competent and largely corruption-free public administration, Nigeria hopelessly falls behind with 27 points.

“In West Africa, Nigeria is the second worst country out of 17 countries leaving only Guinea Bissau behind,” CISLAC said in a statement.

It added that “this fresh setback in the fight against corruption confirms that grand-corruption, political corruption, nepotism, favoritism and bribery persist in Nigeria at all levels.

“It is CISLAC’s view that the negative perception is mainly a consequence of the inability to combat grand corruption and astronomical plundering of public coffers costing the Nigerian tax payers around 25% of annual GDP.

“Since the current administration has come to power on the anti-corruption ticket, no significant politically exposed person has been duly sentenced on anti-corruption charges”.

According to TI, New Zealand is the least corrupt nation on earth, as it is ranked number one with a near perfect score of 89/100.

Finland, Norway and Switzerland are joined at number three with a score of 85/100.

Buhari assumed the reins of leadership in Nigeria on the back of a campaign promise to crack down on endemic graft in Africa’s most populous country.

However, critics say the administration’s anti-corruption war has been a witch-hunt at best because it allegedly targets opposition figures.

Buhari has also been accused of shielding cronies from his anti-graft war.

The administration is also yet to convict a high profile politically exposed person since 2015; amid claims from government talking heads that the judiciary has been largely compromised; thereby jeopardising the administration’s anti-graft war.