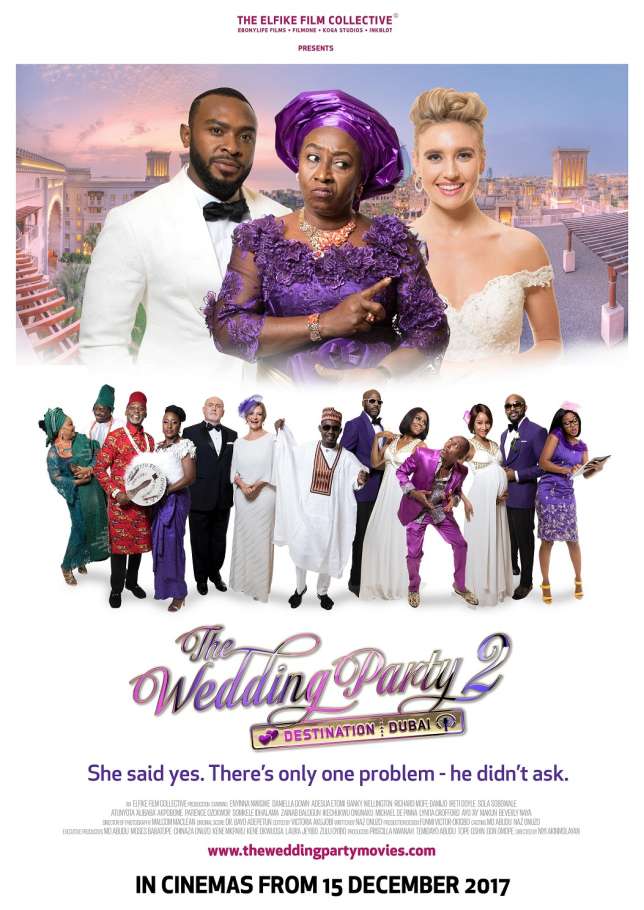 The successful, romantic comedy film “The Wedding Party 2,” which premiered on December 15, 2017, has become the highest grossing Nollywood movie.

According to the latest data released by the producers, the Niyi Akinmolayan film has earned 412 million naira at the Nigerian box-office and 55 million naira abroad, making it a total of 467 million naira worldwide.

The spot was previously held by the original film, which had pulled in a total of 450 million naira to become the highest grossing movie.

Its success started with it racking in 20 million naira on its opening day, becoming the biggest opening day in Nollywood.

Mo Abudu, CEO, EbonyLife Films, reacted to the success of the film, saying: “The success of TWP 2 is further proof that Nigerians are willing to watch quality Nollywood movies in cinemas.

“We are so thrilled by how much viewers have embraced it. The entire filmmaking process was intense and exhilarating; we couldn’t have asked for a better response to the finished product.”

The movie which had its world premiere on Sunday, December 10, 2017, at the Eko Hotel and Suites, Victoria Island, featured the likes of Banky W, Adesua Etomi, Ireti Doyle, Patience Ozokwor.

With “The Wedding Party: Destination Dubai,” the “Wedding Party” films have now earned 917 million naira, making it the most successful franchise in Nollywood’s history.

Also, the current success of the sequel makes it impossible to dismiss the possibility of a threequel.

Here’s what Pulse readers think about “The Wedding Party” threequel.

“The Wedding Party” is a partnership between EbonyLife Films, FilmOne Distribution, Inkblot Productions and Koga Studios.