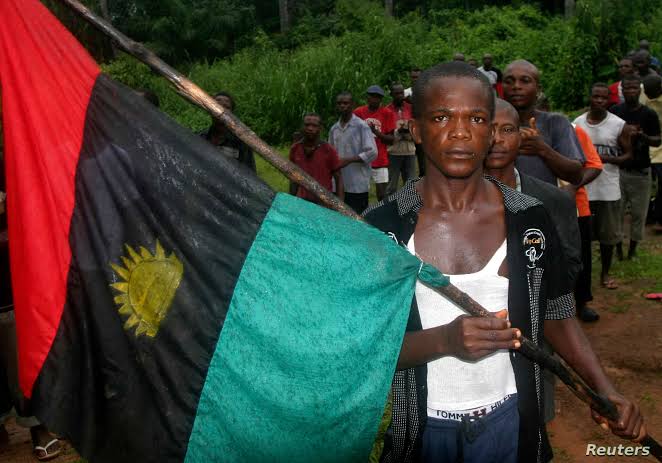 The Nigerian Constitution guarantees, among others, that –

“The State social order is founded on ideals of Freedom, Equality and Justice. (2) In furtherance of the social order- (a) every citizen shall have equality of rights, obligations and opportunities before the law; (b) the sanctity of the human person shall be recognized and human dignity shall be maintained and enhanced.” (Chapter II, Article 17)

Decrying marginalization and discrimination in national affairs have long been the rallying cry of the Igbo nation and their umbrella “common interest” organization, Oha Na Eze Ndi Igbo – a collective of Igbo intelligentsia, elders, and political and economic elites. Even as the Igbos clamor for more federal presence and infrastructural projects in the Southeast, high on the laundry list has also been the quest for an Igbo presidency, so called.

Glaringly left unaddressed by these Igbo elites, their elected Governors and legislators, are the discriminatory practices, flagrant injustice, primordial and primitive customs and traditions, and flagrant constitutional violations being perpetrated within the Igbo nation and their respective states and communities, villages and towns – stretching from the flood-ravaged fishing and agrarian villages on the Eastern banks of the Niger river, through the erosion-plagued gullies of Agulu Nanka and the dusty hilly terrains of Enugu and Abakaliki, including also vast crippling undeveloped, under-developed  and infrastructure-starved swaths of Anambra, Enugu, Ebonyi, Imo and Abia states.

It is no secret, however, that in many Igbo communities, hundreds of thousands, or millions, of fellow citizens are being denied the basic constitutionally guaranteed human dignity, respect for personhood, citizenship rights and opportunities of full participation in communal leadership and other activities on account of long disputed and discredited spurious and flawed historical antecedents and customs  – that have positioned our fellow citizens as “other”, “stranger” and “settlers”, or worse yet “unclean, regardless of whether their ancestry is traceable and stretching back many generations in their respective towns and villages.

Consequently, in modern day 21st century Igboland, fueled and enabled by a motley crew of highly acclaimed, but evidently lilliputian, academicians, pseudo-intellectuals, legal and political elites, ex-diplomats, highly-placed serving and former state or federal bureaucrats and functionaries, professors, constitutional law experts and senior advocates, and the higher echelons of the Christian hierarchy – all of Igbo extraction, seemingly, united in a vast unspoken conspiracy – orchestrate and support ungodly and immoral customary purification rites that are regularly initiated, promoted, supported, and/or supervised by taxpayer-funded government-appointed “traditional rulers” –  our modern-day incarnation of Colonial-era warrant Chiefs – more than a few of whom also consider themselves exclusive and superior. These ceremonies reportedly include the unconscionably immoral, occultic and satanic sacrifice of cows and goats, kolanuts, alcoholic drinks and/or other prescribed items to fellow humans – by those who have been labeled as inferiors that have been so cajoled, constrained, intimidated, shamed, and oftentimes bullied into such diabolic ceremonies for the redemption of their humanity.

Unconstrained and unburdened by easily enacted and enforceable guardrails, legislatively or through Executive orders, more than a few, albeit too many, parochial traditional rulers have freely orchestrated and promoted these primitive practices that have remained stubbornly pervasive among the Igbos. Any, and all opposition to same is deemed as threatening and inimical to communal order and customs.

It is not uncommon among some Igbo communities that those who resist or question such inhumane practices and unconstituional assaults to human dignity are often mischievously threatened with spurious and frivolous lawsuits that trumpet so-called “historical customs, culture and traditions”. Indeed, a cursory search of online or other database of recent and not so recent judicial filings in Igboland would readily yield a hodgepodge of morbid references to “burials”, “funerals”,  “ostrich feathers”, “cowrie shells” and sundry others.

Based on historical precedents, and regardless of the outcome/s, especially, absent constructive and meaningful governmental and political interventions, it is evident that the trajectory of events would remain endlessly unaltered, and resultant decisions, one way or the other, could only rend our already fragile social compact and, potentially, exacerbate communal crises, create instability, and/or further incite insecurity – of lives and property.

It is incontrovertible that regardless of understandable political and social divisions, or other flickering loyalties, the Igbo leadership has shamefully and universally failed, and is failing, woefully, to address the very urgent and burning internal issues and contradictions of legitimacy and flagrant injustice that ravage their lands.

Unlike our elected political leadership that are ascribed constitutional legitimacy and authority to their respective offices through the ballot box, these “life-time” government-appointed traditional rulers – serving at the pleasure of the Governors – should consciously and deliberately work assiduously and diligently to earn the legitimacy and approval of their respective communities. State governors should, at the barest minimum, hold these errant traditional rulers accountable, by exercising their unfettered powers to remove or dethrone those rulers who, demonstrably, fail to uphold basic constitutional dictates or who refuse, by design, practice, or malice, to ensure balanced representation of various constituents and groups in their respective village cabinets.

It is, therefore, no surprise that many Igbos would rather seek to settle and pitch their tents in the volatile Boko Haram-threatened territories of the Northeastern states and even the outer boundaries of the deadly Sambisa Forest, where their personhood and dignity is arguably better respected or not as circumscribed as in some of their respective Igbo homelands.

As biblically instructed, the Igbos should first seek to remove the log in their own eyes before removing the speck in the eyes of others. With their moral posturing and much vaunted, but increasingly besmirched, egalitarianism and exceptionalism, the Igbos can no longer hide their heads in the sand in the manner of the proverbial ostrich. It rings hollow and hypocritical for the Igbo leadership decrying federal dispossession and marginalization, rightly so, while also maligning and marginalizing their own kinsmen. Blissfully ignorant or blinded by hubris, Oha Na Eze Ndi Igbo remain strangely unmindful of the oft quoted Igbo maxim that one must look good inside one’s homestead before venturing out to the public square – congregating and cavorting and frolicking in feathered plumes and festive costumes.

It is inevitable that a house divided against itself will collapse under its own weight and, ultimately, fall and fail. Caught in-between the nexus of evil and the devil, both of which elicit no sympathy, and the inevitability of irreversible change, the Igbos must urgently address and redress the corrosive cultural and customary practices that are ravaging their many communities, or remain resigned to the unfortunate truth that strife and instability and rampant insecurity would continually pervade their lands, just as insidious, or more so, than the terror of Unknown gunmen, highway robbers, kidnappers, and the menace of armed Fulani herdsmen.

As has been said elsewhere, this thing called culture will kill us; the asinine imbecility, insanity, and pathologies of which an Igbo presidency will not resolve. For many of our Igbo compatriots, the struggle is real and personal, and it begins from a place we all call home.

Undoubtedly, the people who are most impacted must be the solution. To quote Emma Lazarus – “Until we are all free, we are none of us free”. 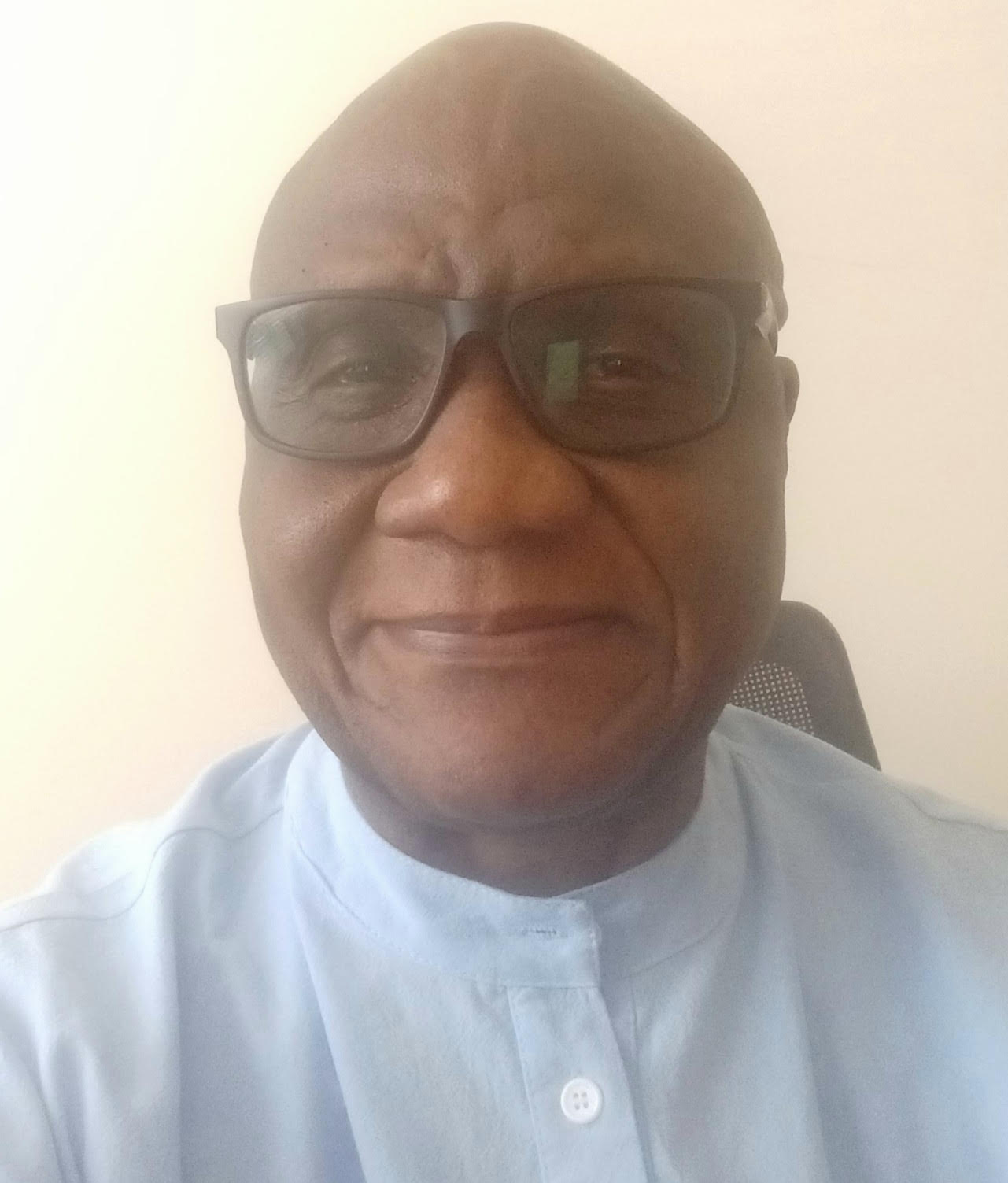