South African rapper, AKA has called on Nigerian top artiste,  Burna Boy, to swallow his pride and apologize to him , after their disagreement during the Xenophobic attacks in South Africa, a few months back.

Recall that after the news of xenophobic attacks against foreigners, particularly Nigerians, in South Africa went viral, Burna Boy, in the now deleted series of tweets, had threatened to beat up SA rapper, AKA, as he warned him to beef up his security.

And now, Burna Boy is billed to perform in South Africa later this month and according to AKA, ‘all we want is an apology. We know SA is not perfect. But we took you in as our own before you reached these levels. You say you are an AFRICAN GIANT, prove it’.

See the rest of his Tweets below… 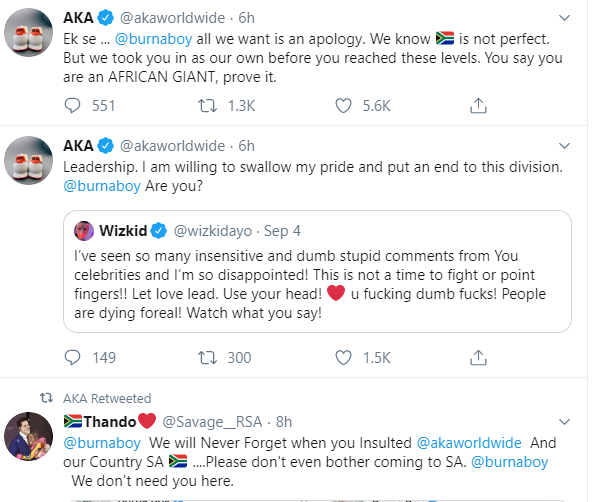