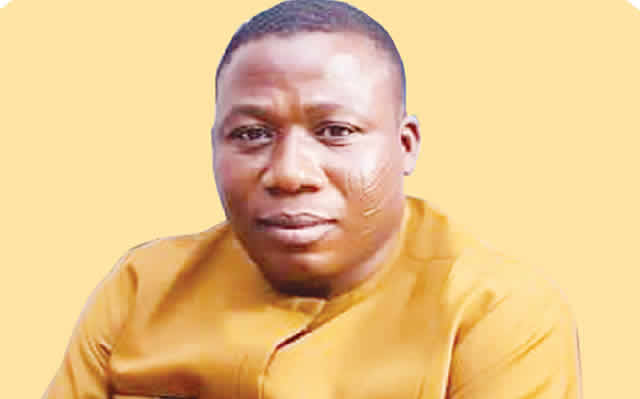 Chief Sunday Adeyemo, a.k.a Sunday Igboho , has approached the Federal High Court, Abuja, for the release of his aides arrested by operatives of the Department of State Services at his house in the Soka area of Ibadan on July 1.

Counsel for the Yoruba Nation agitator, Chief Yomi Aliyu (SAN), told our correspondent on the telephone on Thursday that he had filed an action before a Federal High Court in Abuja for the release of the 13 arrested persons.

The lawyer did not give the details of the suit, but he said spokesman for Igboho, Olayomi Koiki, had issued a statement on Wednesday that the DSS did not allow lawyers to see Igboho’s aides in its custody.

Asked what step he was taking to ensure their release, Aliyu said, “We have filed an action before a Federal High Court in Abuja concerning their bail.  We filed it today.”

The DSS had invaded the residence of Igboho around 1:30am on July 1. The secret police admitted to killing two of his aides and arresting 13 persons, adding that its men recovered arms and ammunition.

But Igboho, who has since denied the claims said the weapons were planted by the DSS.

In a related development, the  Ilana Omo Oodua has said the 49 protesters arrested during the Yoruba Nation rally in Lagos will soon be released.

The spokesman for the Prof. Banji Akintoye-led group, Maxwell Adeleye, told our correspondent on Thursday that the group’s lawyers had been working to ensure the release of the protesters that have spent six days in police custody.

He said, “We know that they have been in police custody for so many days now but our lawyers are working to ensure their release.

“I don’t want to say what we are doing but i.cam assure you that they will be freed very soon because they did not commit any crime.”

Meanwhile, the Yoruba self-determination group, Yoruba Ko’ya Liberation Movement has called on the governors in the  South-West region of Nigeria to add their voices to those calling for the release of the protesters.

The YKLM, said this in a statement in Ibadan on Thursday by its Director of Media and Publicity, Mr Femi Oluwajuyitan.