Sullivan Iheanacho Chime (born 10 April 1959) was elected governor of Enugu State in Nigeria in April 2007, taking office on 29 May 2007. He is a member of the People’s Democratic Party (PDP). He was reelected on 26 April 2011. Chime has five children: Ada Chime, Nnamdi Chime, Tochukwu Chime, Ezinne Chime, Ugomsi Chime. He married his second wife Clara Chime in 2008. 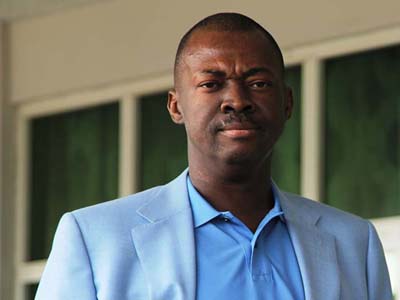 Sullivan Iheanacho Chime was born on 10 April 1959 at Park Lane Hospital, GRA, Enugu, Enugu State. He attended the College of Immaculate Conception (CIC) in Enugu for his secondary education (1971 – 1976). He studied law at the University of Nigeria, Enugu Campus, graduating in 1980. He then enrolled at the Nigerian Law School, Lagos and graduated on 10 July 1981, when he was called to the bar.

For the next seventeen years he ran a private legal practice in Enugu. He was Secretary of Nigeria Bar Association, Enugu branch (1992 – 1994). Later, he was appointed Special Adviser (Legal Matters) to the Governor of Enugu State, Dr. Chimaroke Nnamani. In 2001, he was appointed Attorney General and Commissioner of Justice of Enugu State.

In April 2007, Sullivan Chime successfully vied for the post of governor of Enugu State on the People’s Democratic Party (PDP) platform. He was sworn into office on 29 May 2007, succeeding Dr. Chimaroke Nnamani. He was reelected on 26 April 2011. Chime favoured a 4-point agenda for development: Physical Infrastructure, Economic Expansion and Employment, Rural Development and Service Delivery. In spite of his achievements, Chime was known to shun public functions, rather preferring to send a delegate than appear in person, even more so he shunned public fora that were inclined to celebrate his achievements. His political reticence earned him the title ‘Silent Achiever'{|date=May 2020}}