Su’eddie Vershima Agema is a Nigerian poet, editor and literary administrator. He is also a culture promoter. Author of two poetry collections, Bring our Casket Home: Tales one Shouldn’t Tell, and Home Equals Holes: Tale of an Exile, a short story collection, The Bottom of Another Tale and the NLNG Nigeria prize for literature 2022 nominated shortlisted book – Memory and the Call of Water.[3][4] Agema is a past Chairman of the Association of Nigerian Authors (ANA) (Benue State Chapter) as well as Council Member, National Teen Authorship Scheme.

He says “I was exposed to Literature at an early age by a father who kept the tradition of the moonlight tales, complete with acting roles, local lore, and cultural songs. There was also a mother who bought the best of African literary titles, from Chinua Achebe to every famous writer of the Heinemann fame.”

Agema’s early schooling were done between Abuja and Benue state culminating in a bachelor’s degree in English at the Benue State University, Makurdi and a master’s in Development Studies (Geography) from the same university. Between 2018 and 2019, under the coveted Chevening scholarship administered by the British Foreign and Commonwealth Office, he earned a second master’s, this time in International Education and Development at the University of Sussex, Falmer, Brighton, United Kingdom. While there, he was the Chair, Student Reps for the School of Education and Social Works and was the founding president of African Writers [Society]. In that period, he also attended workshops and seminars including with notable figures like Kwame Dawes. and Nick Makoha.] Some prominent teachers and figures who Agema has acknowledged as a core part of his learning journey and writing influences people that include Maria Ajima, Moses Tsenongu, Andrew Aba, Hyginus Ekwuazi, Mairead Dunne, Sean Higgins, his wife, Agatha, Daisy Odey, T. J. Benson, Romeo Oriogun, Carlos Ruiz Zafón, Chimamanda Ngozi Adichie, Helon Habila, Chuma Nwokolo, Sam Ogabidu[10] as well as his brothers, Gabriel Agema, Taver and Sever Ayede. 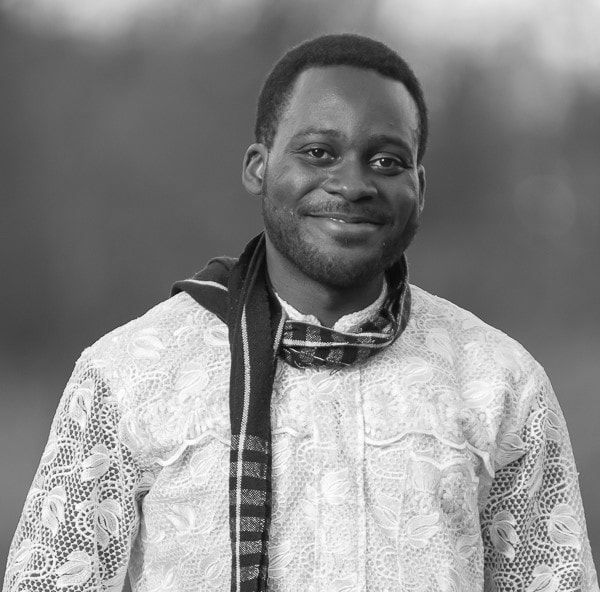 Agema’s first book, Bring our casket home: Tales one shouldn’t tell was published in 2012.[citation needed] In 2014, he published the poetry collection, Home Equals Holes and The Bottom of Another Tale, both cover arts done by his friend and collaborator, the fantasy writer, Eugene Odogwu.[citation needed] In 2019, he published his children’s book, Once Upon a Village Tale which is based on imagined African folktales reminiscent of the African telling tradition. The book was shortlisted for the Association of Nigerian Authors’ Children’s Prize 2018.[12] Agema has a work in progress short story collection, Tales of the Abroad by a Confam Africana and a poetry collection. His writings have a touch of his culture embedded in them, something he has often spoken about

Agema has also edited or co-edited different anthologies and books of scholarship including the flood collections, The promise this time was not a flood (co-edited with Hyginus Ekwuazi, Tubal Cain, Debbie Iorliam and Maik Ortserga), and The Rainbow Lied  A Basket of Tales, a Benue ANA anthology project (co-edited with Maik Ortserga and Pever X), and a Black History anthology for the Students Union, University of Sussex. He is currently working on a collection of essays on education and development, a project he is co-editing with Jennifer Agbaire and Juhi Kumari, his colleagues from the University of Sussex, Falmer, Brighton, United Kingdom.

Agema has been actively involved in literary administration at different levels actively since 2008 when he became the Financial Secretary of the Association of Nigerian Authors (Benue State Chapter). He rose through the ranks in the chapter and by 2014 became the Chairman. He also served in different capacities at the state and national arms of the association becoming a Council Member of the National Teen Authorship scheme, member of the national convention that held in Makurdi, Benue state under the chairmanship of Charles Iornumbe, amongst others.

The 2020 edition of Benue Book and Arts Festival was held in Makurdi, Benue State in December 2020 focusing on the theme of sexual and gender based violence and other violences

Agema was appointed Black History Month/Project Curator for the Students Union at the University of Sussex, Falmer, United Kingdom a position he held from 2019-2020. In that position, he organised “inclusive, embracive and student-oriented programmes.” Some of the events included interactions with fellow Chevening/Sussex alumni and Botswana’s Minister for Trade, Bogolo Kenewendo, a documentary screening with Pravini Baboeram chaired by Professor Gurminder K. Bhambra, and a film screening of MANDELA: A LONG WALK TO FREEDOM featuring the movie’s screenwriter, award winning author, William Nicholson, amongst others.

He is currently the chief executive/lead editor at SEVHAGE Publishers, and team leader/lead researcher at SEVHAGE Literary and Development Initiative. He is an associate at the School of Education and Social Works, University of Sussex, Brighton, United Kingdom

Agema has also worked on different projects with development and literary organisations in different capacities. He has remained a part of Sussex Writes, a body of writers/students domiciled in the University of Sussex and led by Dr. Emma Newport. In this capacity, he was part of literary outreaches to different schools within and around Brighton alongside colleagues such as Jennifer Emelife and Monica Agnes Sylvia

Agema has been included annually in EGC’s Top 50 Contemporary Poets who rocked Nigeria since 2013. Notably, he was listed on Nigerian Writers Award’s 100 Most Influential Nigerian Writers Under 40 (2017 and 2018). He has also been long-listed (final 11)[ and shortlisted (final 3) the same year for the NLNG Nigeria prize for literature 2022.