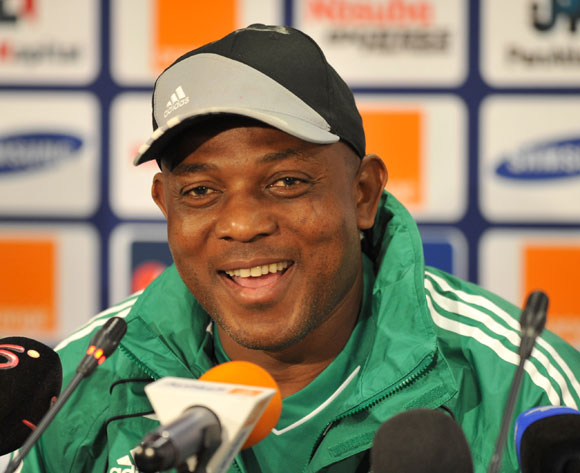 During his playing career, Keshi earned 60 caps for the Nigerian national football team, making him the nation’s second-most capped player at the time of his retirement. He represented the country at the 1994 FIFA World Cup and the 1994 Africa Cup of Nations, captaining the Super Eagles to victory in the latter. He also played club football in five countries, most notably Belgium, where he won the Belgian league championship with R.S.C. Anderlecht in 1991. 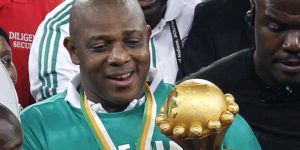 As a manager, Keshi achieved success by qualifying Togo for the only FIFA World Cup appearance in its history in 2006. However, he left the position prior to the tournament and was replaced by Otto Pfister. He later coached his native Nigeria, where he became one of only two people, along with Egypt’s Mahmoud El-Gohary, to have won the Africa Cup of Nations as both a player and a coach.

After a playing career mostly with Belgian clubs, Keshi went to the United States to be educated in coaching. 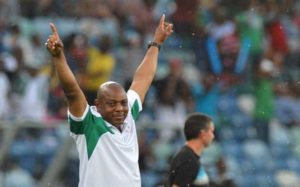 In 1996, he was joined by Augustine Eguavoen, who once coached the Nigerian national team. They played together in California as the backbone of the defence for the short-lived Sacramento Scorpions. Keshi has been a part of the coaching staff for the Nigerian national team, most notably as head coach for the Junior Eagles at the 2001 African Youth Championship which also served as qualification for the 2001 FIFA World Youth Championship, without success.

Between 2004 and 2006 Keshi coached the Togo national football team, surprisingly bringing them to their first World Cup tournament, Germany 2006. Having secured Togo’s unlikely qualification, he was promptly replaced by German coach Otto Pfister prior to the World Cup finals, after Togo showed a dismal performance and failed to advance to the knock-out stage in 2006 Africa Cup of Nations in Egypt. However, Pfister did not last beyond a controversial World Cup campaign that nearly resulted in a player’s strike over pay and Togo remained without a manager until February 2007 when they re-engaged Keshi in time for a friendly against Cameroon.

He worked as manager of the Mali national football team, after being appointed in April 2008 on a two-year deal. Keshi was sacked in January 2010, after Mali’s early exit in the group stages of the 2010 Africa Cup of Nations.

Keshi became coach of the Nigerian National Team in 2011. He led Nigeria to qualification for the 2013 Africa Cup of Nations, which they went on to win, defeating Burkina Faso 1–0 in the final. The following day Keshi handed in his resignation, only to reverse his decision the day after. Keshi led Nigeria to the 2013 Confederations Cup, defeated Tahiti 6–1, and lost 1–2 to Uruguay in the second game, and also lost 0–3 to World Cup winners, Spain in their final group game.

On 16 November 2013, Keshi’s Nigeria secured qualification to the 2014 World Cup by beating Ethiopia 4–1 on aggregate in a play-off. Keshi set a record in African football by being the first African coach to successfully qualify two African nations (Nigeria and Togo) to the World Cup Finals. He also helped Nigeria become the first country to achieve an African Cup of Nations trophy and World Cup qualification, both in 2013.

Nigeria progressed to the knockout stage of 2014 World Cup. They started the tournament with a 0-0 draw against Iran, followed by a controversial 1-0 win over Bosnia and Herzegovina. They lost the final group stage match 2-3 against Argentina, but progressed to the knockout stage, courtesy of a 3-1 win by Bosnia and Herzegovina over Iran. The Super Eagles lost to France in the first knock-out round. After the match, Keshi announced his resignation as Super Eagles coach but later reversed the decision after the Nigerian Football Federation renewed his contract.

His team failed to win a single game in the Morocco 2015 African Cup of Nations qualifying series and he announced he would move to another job if pressure continues to mount because of certain people, whom he refused to name, were trying to “sabotage” him. However, he stated that he will continue to coach the Super Eagles because he loves the team and he loves his country.

In July 2015, following Nigeria’s exit from the World Cup, Keshi’s contract with the Nigeria Football Federation (NFF) expired and was not renewed. A statement by the NFF Executive Committee said the decision was made, having thoroughly reviewed the reports/findings of the NFF Disciplinary Committee and NFF Technical and Development Committee, as well as having reviewed the actions and inaction of Stephen Keshi, in the performance of his duties as Super Eagles’ Head Coach, which NFF found to lack the required commitment to achieve the Federation’s objectives as set out in the Coach’s employment contract. 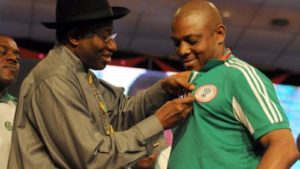 Keshi was educated at Saint Finbarr’s College in Akoka. He subsequently received his high school certificate at Saint Gregory’s College. Keshi was married to his wife Kate (née Aburime) for 30 years. She died on 10 December 2015, after battling cancer for three years. They had four children.

On what would have been his 56th birthday if he were to be alive, former Nigerian Super Eagles captain and coach Stephen Okechukwu Keshi has been honoured by tech Giant Google with a doodle. Doodles are changes made to the Google logo to celebrate holidays, anniversaries, and the lives of famous artists, pioneers, and scientists. Keshi died in June 2016, less than seven months after he lost his wife, Kate, to cancer