Nigerian singer, Duncan Mighty has fired back at people who are criticizing him for bringing his marital crisis to social media.

Recall that on Friday, December 4, the singer accused his wife, Vivien, and her family members of plotting to inflict him with a spiritual ailment which would enable them take possession of his properties when he eventually dies of the ailment.

He alleged that Vivien confessed this to him and that he has recorded evidences of her confessing to him. The singer also alleged that their daughter, Mitchell, isn’t his after conducting a DNA test on her.

Some Nigerians took to social media to drag the singer for bringing his supposed private family crisis to online platforms.

However, he has taken to his Instagram page to lambaste his critics and also lay curses on them.

Check out his posts below; 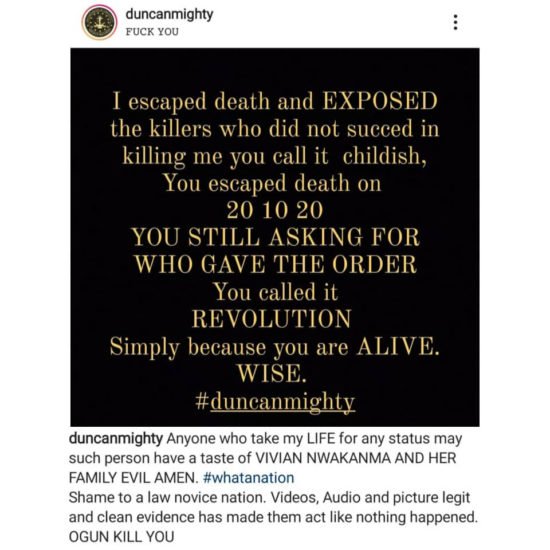 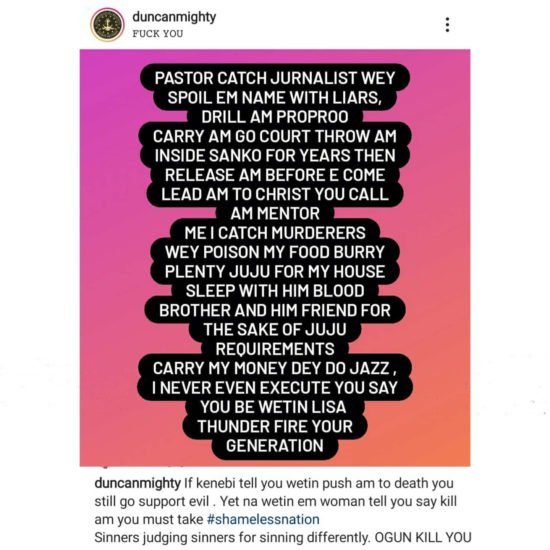