Popular Nigerian singer, Davido has returned to Instagram following the sad death of his son, Ifeanyi. Following his return, it was observed that he made some changes to his page. Recall that the singer has been mourning after his first son, Ifeanyi drowned in his Banana Island mansion pool few days after his third birthday. Following the sad incident, the singer and his babymama, Chioma have both been quiet. A recent check on his Instagram page showed that he has deleted his highlights with giant sports brand PUMA.

The grieving father also deleted his AWAY festival highlights which earlier took the top three spots on his Instagram page. He left a photo himself and two of his late son Ifeanyi’s at the top of his Instagram page. It was also observed that he unfollowed some people as the number of people he’s following has reduced. 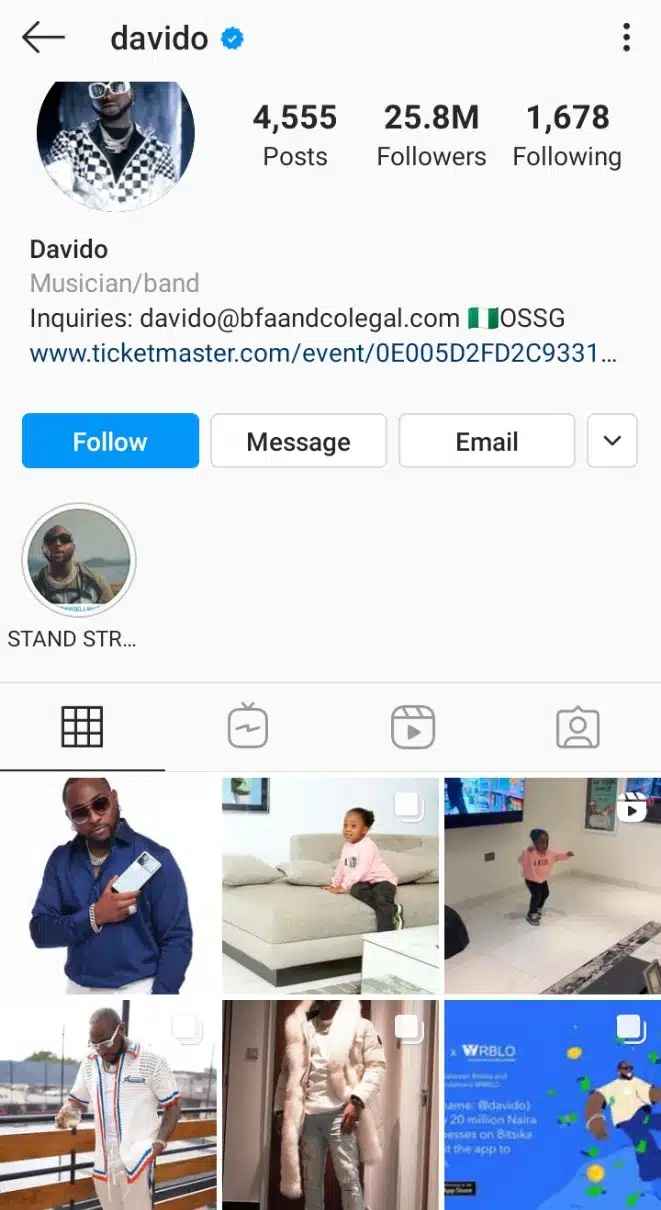