David Adeleke, popularly known as, Davido, has revealed the identities of the alleged murderers of Sylvester Oromoni, a 12-year-old pupil.

Prior to his death, Sylvester Oromoni was a Dowen College student. His colleagues allegedly beat him to death because he refused to join a cult.

This became a significant public discussion as Nigerians joined his family in their call for justice. Many celebrities also jumped on board to support the cause.

Davido took a cue from this and recently shared a picture of the names of the suspected murderers. 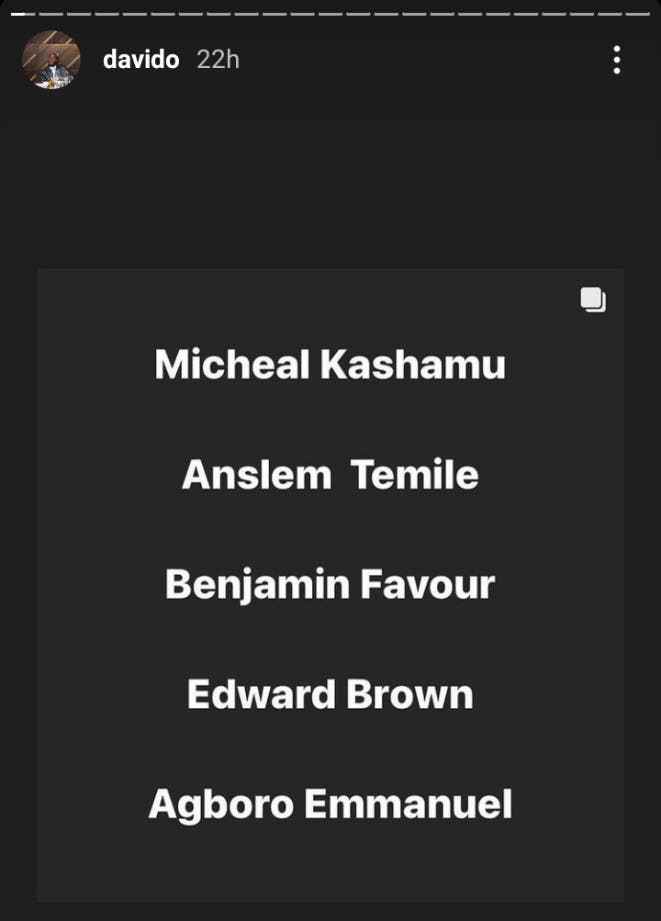