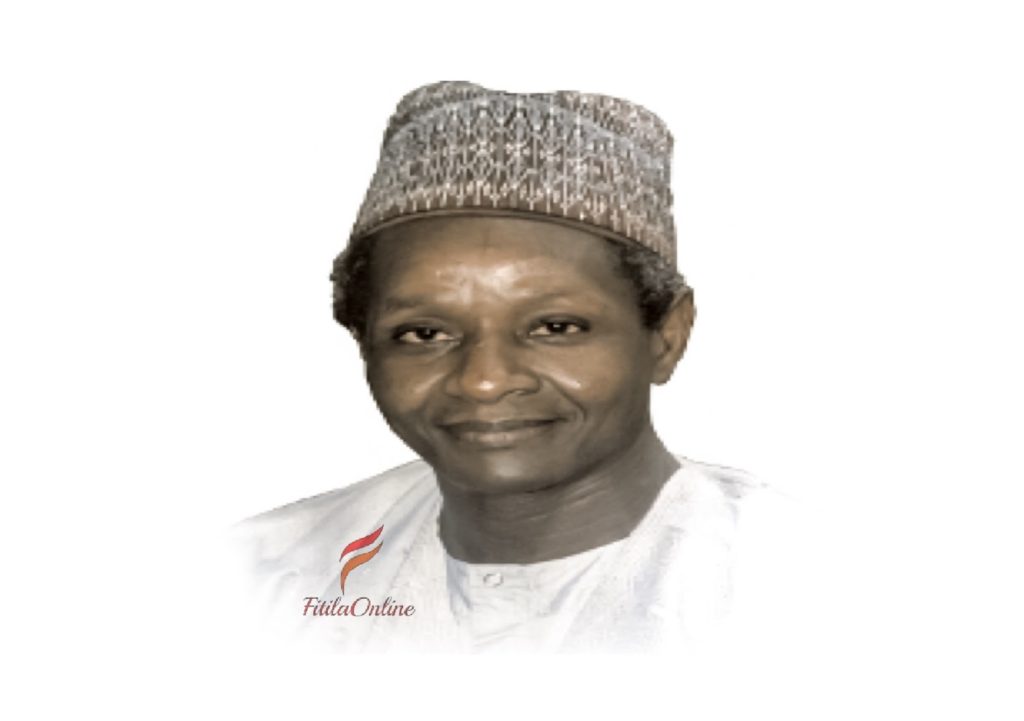 Yar’Adua was born in Katsina into a titled Fulani family. His father, Musa Yar’Adua, was a teacher who later became the Minister for Lagos Affairs from 1957 to 1966 during Nigeria’s First Republic. His father held the traditional title of Mutawallin Katsina (keeper of the treasury).Yar’Adua’s grandfather, Mallam Umaru, was also the Mutawallin, and his younger brother, Umaru Yar’Adua, became the President of the Federal Republic of Nigeria in 2007.

Yar’Adua attended Katsina Middle School and then Katsina Provincial School (now Government College, Katsina) for his secondary education; at the provincial school, he was classmates with current Nigerian president Muhammadu Buhari. At the urging of his father and his father’s friend, the defense minister Muhammadu Ribadu, Yar’Adua took the entrance exam of the Nigerian Military Training College. He passed and was enlisted in the army in 1962 as part of the course 5 intake of the Nigerian military training school. Yar’Adua was selected for further training at the Royal Military Academy Sandhurst in Sandhurst, England. 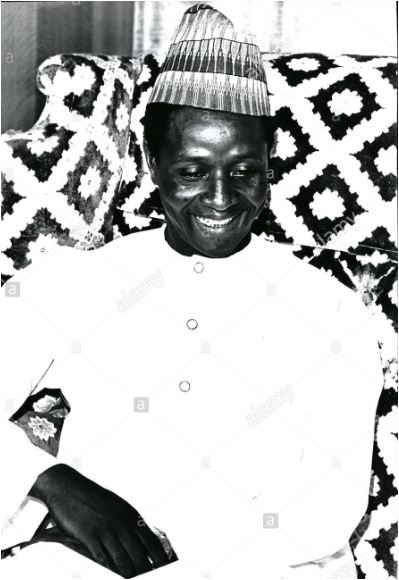 In 1964, after he returned from Sandhurst, Yar’Adua was posted to the first infantry battalion of the Nigerian Army in Enugu under the command of Col Adekunle Fajuyi as second lieutenant. From 1964 to the end of the Nigerian Civil War, he held various positions including platoon commander in 1964, and from 1965 to 1966 adjutant of the First Infantry Battalion in Enugu. He was a battalion commander in 1967, and in 1968 became a Brigade Commander. During the civil war, he commanded the 6th infantry brigade under the leadership of Murtala Mohammed, commander of the second division.

In October 1967, Yar’Adua was given the responsibility for the capture of Onitsha after two (2) unsuccessful attempts by the Nigerian troops.

Yar’Adua became a Lt Col in 1972. In 1975, he was an active participant in the coup that deposed Yakubu Gowon as Nigeria’s Head of State. After the success of the coup, he served as Transport Minister in General Murtala Mohammad’s regime. As Transport Minister his major task was to decongest the Lagos port. Prior to the coup, officials of the previous regime had ordered 16 million tonnes of cement to build military barracks around the country. However, the berthing facilities of the port were inadequate. The financial implications became more striking because the Nigerian government was liable to pay demurrage fees by the shippers. The Mohammed regime decided to transfer some of the cargoes to neighboring ports and introduce cement management firms to clear and sell the cement and build the new Tin Can Island Port.

In 1976, Yar’Adua became the Chief of Staff, Supreme Headquarters after the assassination of Murtala Mohammed in an abortive coup. His office was assigned the task of managing operations of Operation Feed the Nation, a self-reliant agricultural policy of the new Obasanjo regime. Operation Feed the Nation, known as OFN, was an initiative to boost local production of agricultural produce, especially staple crops such as rice and wheat, so as to improve self-sufficiency of food crops and reduce growing food deficits. Mechanisms used to promote the objective included the distribution of heavily subsidized fertilizers and seeds to farmers, loans to small scale farmers to enable them to purchase equipment, and an educational outreach programme manned by Corpers to teach peasant farmers how to use modern agricultural equipment. However, by 1979 the policy had not achieved its primary goal of self-reliance and self-sufficiency.

President Babangida started his political transition program in 1987 with the establishment of a Political Bureau, and a Constituent Assembly was later inaugurated to deliberate on a proposed draft constitution. Though Yar’Adua was not a member of the assembly and a law had proscribed certain old breed politicians from political activities, his associates who represented his political leanings at the forum and was active in the formation of political associations during the transitional period, Yar’Adua and his group formed the People’s Front of Nigeria. Members included Babagana Kingibe, Atiku Abubakar, Bola Tinubu, Magaji Abdullahi, Ango Abdullahi, Ahmadu Rufa’i, Yahaya Kwande, Abdullahi Aliyu Sumaila, Wada Abubakar, Babalola Borishade, Sabo Bakin Zuwo, Sunday Afolabi, Rabiu Musa Kwankwaso,M.S.Buhari Chief Gbazueagu N.Gbazueagu, Tony Anenih,Disu Oladipo,Haliru Kafur, Abubakar Koko, Sergeant Awuse, Titi Ajanaku, and Farouk Abdulazeez. The organization later merged with other groups to form the Social Democratic Party of Nigeria. People’s Front and PSP, became the two dominant factions within SDP. However, Yar’Adua’s group was very organized and able to win the majority of the elective posts within SDP. During the Governorship and House of Assembly elections, SDP had a slight numerical edge over NRC.

In January 1992, Yar’Adua spent a short stint in detention, jailed for contravening a law banning certain persons from active politics. However, the law was repealed and Yar’Adua subsequently announced his presidential election. His campaign political structure covered the country; he had a national campaign directorate, and each state had its own campaign coordinator and ward mobilizers. Members of his campaign group included former PDP chairman Anthony Anenih, former Vice President Atiku Abubakar, former minister Dapo Sarumi, Bola Tinubu, Abdullahi Aliyu Sumaila and Sunday Afolabi. Yar’Adua was leading the SDP presidential field before results were annulled. A new election was later conducted on June 12, 1993 which was won by M.K.O. Abiola. After the June 12 elections were annulled, the Yar’Adua faction negotiated an arrangement for the inauguration of an interim government. In November 1993, the interim government of Ernest Shonekan was booted out and Sani Abacha became the new military Head of State.

In 1994, Yar’Adua won a seat representing Katsina to a new National Constitutional Conference. He was an outspoken delegate and in early 1994 organized a political conference at the Nigerian Union of Journalist office in Lagos that earned the attention of the military leadership who detained him for four days.

Yar’Adua, Obasanjo, Lawan Gwadabe and others were arrested in March 1995 on allegations of plotting a coup to overthrow the Abacha regime. He was sentenced to death by a military tribunal in 1995, after calling on the Nigerian military government of Gen. Sani Abacha and his Provisional Ruling Council to reestablish civilian rule. The sentence was commuted to life in prison but died in captivity on 8 December 1997.

Shehu Yar’adua married Hajia Binta in 1965, and they have five children, including Murtala Yar’Adua, former Nigerian Minister of State for Defence.

After retiring from the military, he established a holding company called Hamada Holdings. He was an investor in the Nigerian branch of Habib Bank. He also started a publishing house called the NationHouse Press and published a now defunct daily newspaper called the Reporter.