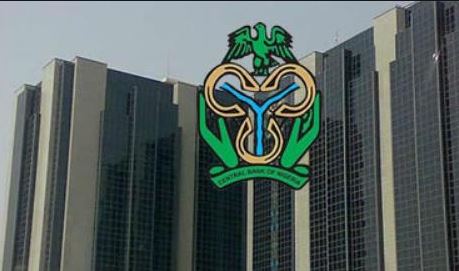 THE funding positions of seven commercial banks are inadequate, the result of Central Bank of Nigeria (CBN) stress test released on Thursday, has shown.

The financial stability report signed by CBN Director, Financial Policy and Regulation Department, Kelvin Amugo, showed that in the less than 30-day period analysis, seven banks were not adequately funded, while in the 31 to 90-day period, nine banks had funding gaps.

The report, however, said the cumulative position for the industry showed an excess of N4.8 trillion assets over liabilities.

The seven banks were, however, not named by the apex bank. Nigeria has 24 banks.

The stress test result revealed that, after a one-day run scenario, the liquidity ratio for the industry declined to 34.69 per cent from the 51.87 per cent pre-shock position and to 17.55 and 13.48 per cent after a five-day and cumulative 30-day scenarios.

The result also revealed that, under five-day and cumulative 30-day run scenarios on the banking industry, liquidity shortfalls declined to N1.58 trillion and N1.98 trillion.

The results of the stress test of default in exposure to the oil and gas sector showed that the banking industry could withstand up to 50.00 per cent default as the post-shock Capital Adequacy Ratio (CAR) remained at 10.24 per cent.

The results of the stress tests on the net position of interest sensitive instruments showed that the banking industry would maintain a stable solvency position to interest rate shock of up to 1000 basis points downward shift in yield curve as the post-shock CAR declined marginally from 15.26 to 13.41 per cent.

The industry pre-shock assets and liabilities maturity profile at end-December 2018 revealed that the shorter end of the market less than 90 day buckets were adequately funded.

Contagion risk from the unsecured transactions in the interbank market was moderate at end- December 2018. The results of simulated conditional counter-party default from unsecured interbank loans indicated low risk as the banks, except two, maintained post-shock CAR above 10 per cent.

The Implied Cash Flow Analysis (ICFA) assessed the ability of the banking system to withstand unanticipated substantial withdrawals of deposits, short-term wholesale and long-term funding over five days and cumulative 30 days, with specific assumptions on fire sale of assets.

Amugo said the banking industry’s outlook is positive, given the expected enhanced capital base for most banks arising from the capitalisation of year 2018 profits in the first half of 2019.

However, banks’ exposure to the oil and gas sector as well as the implementation of International Financial Reporting Standard 9 (IFRS 9) remains a threat to overall profitability.

“The CBN will continue to collaborate with the fiscal authority and other financial services regulators to address the observed challenges towards ensuring that the gains made are sustained to reinforce financial system stability,” he said.

The examination revealed that the D-SIBs were largely in compliance with the regulatory requirements, including capital adequacy and liquidity ratios. The average CAR for the D-SIBs stood at 19.82 per cent, while liquidity ratio stood at 46.29 per cent. There was an improvement in non-performing loans ratio from 11.31 per cent at end-June 2018 to 9.82 per cent at end- December 2018.