The pair have been attracting a chorus of condemnation on social media after Edochie made their relationship public.

On April 27, the actor had announced the arrival of his child with Judy, much to the chagrin of May Edochie, his first wife.

Despite the criticism and controversy on polygamy, the movie star-turned-politician took to his Facebook page to share a video which he captioned – “secrets you didn’t know about Judy Austin.”

In Yul’s Facebook video, Judy was spotted singing melodiously and her voice endeared fans to her. Apparently, he wants everyone to know about his wife’s singing talent. 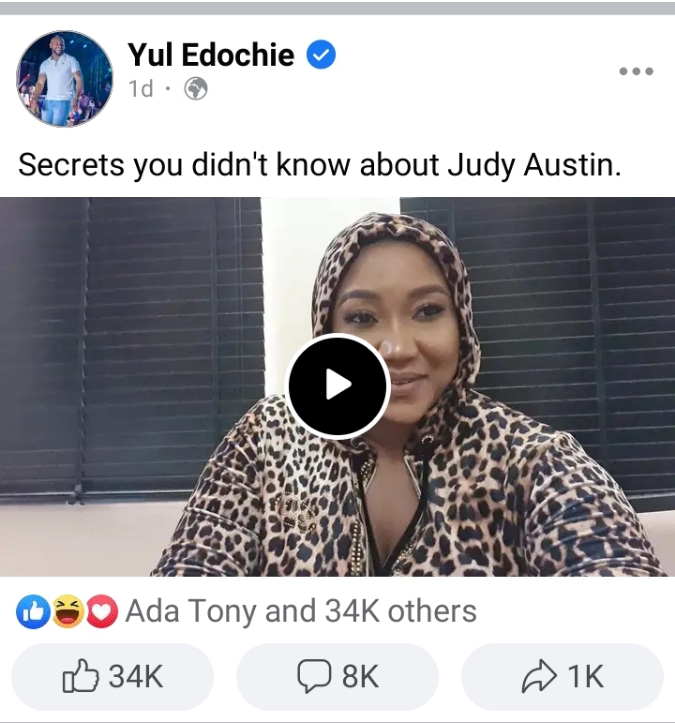