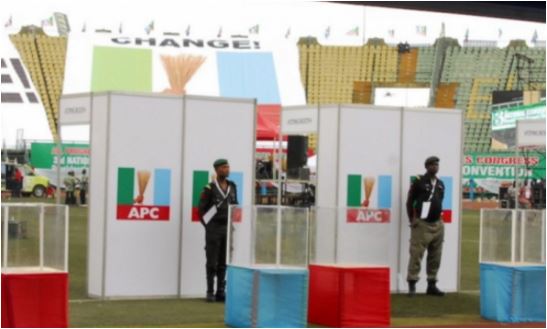 The National Working Committee (NWC) of the All Progressives Congress (APC) has cleared 24 candidates as governorship candidates for the 2019 general election.

This was disclosed in a statement signed by Yekini Nabena, acting National Publicity Secretary of the APC, on Friday.

According to Nabena, the APC NWC held a meeting on Thursday, during which it ratified the reports of various electoral committees.

The statement read: “Following the Governorship Primaries of the All Progressives Congress (APC) held across the country, the Party’s National Working Committee (NWC) at its meeting held on Thursday, 4th October, 2018 ratified the reports of the various Electoral Committees and adopts the under-listed as Governorship candidates of the APC for the forthcoming 2019 general elections.”