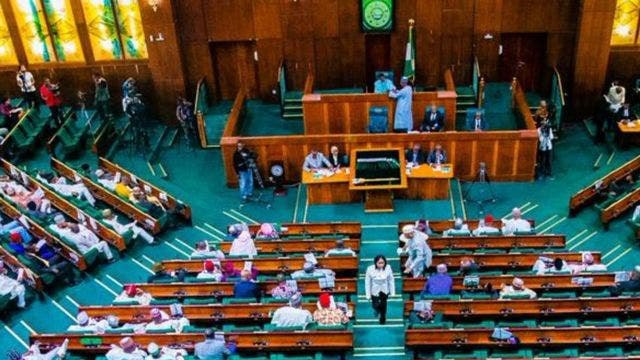 Members of the House of Representatives, on Wednesday, resolved to file notice for the overriding President Muhammadu Buhari for failing to assent to Clause 58(8) of the Electoral Act (Amendment) Bill, 2022, which provides for statutory delegates.

The resolution was passed sequel to the adoption of a motion sponsored by Hon Ben Igbakpa (PDP-Delta) who noted that there’s no need for the House to fear anyone.

He said: “You have shown leadership and capacity and patriotism. On the 11th of May with your colleagues you brought all of us back from our various constituencies so that we can work on the electoral act as amended, graciously that was done on the 11th of May. And by the 12th this amendment was transmitted to Mr President.

“Mr President did not just ignore, he travelled out of the country on a condolence visit to Dubai and that created a lot of problems for the country. There was tension and many of our political parties out of the tension created that will now be for us in the 2023-2027 electoral process. Nigerians are crying for good leadership and the leadership recruitment process starts with our primaries.

“You have worked hard and that is why I took us to Section 58. We are to make laws and present them to Mr President, and where he does not sign, that same 58 gives us the powers to make sure that we pass that law without Mr President’s assent.

Our Negotiation With FG To Be Concluded Soon ― ASUU
North-East Favoured For Tinubu’s Running Mate
“There’s nowhere that it is said that one arm of Government is subservient to the other. I think we are beginning with the good work you are doing Mr Speaker. I just said you are a very good man, a wonderful man with your leadership but by the time you leave this seat by June next year Mr Speaker Nigerians will not remember the good thing that you have done for me as a person or the one you have done for our colleagues, they will remember you for the laws that you passed that has bettered a lot of Nigerians.

“And that is why we cannot continue to act as if we are under the executive arm of Government. This Constitution gave us the powers just as it gave to them.

“We must wake up as a Parliamentary where we passed our law and we are sure we have done the right thing we should start overriding Mr President because this is just the beginning. Today NDDC Act is enforced because the parliament of which you are part did it. What are we afraid of?

“Mr Speaker I implore you as a great leader to please it is time if we are sure we have done what is right to the electoral act 2022, we should rise up take our pen, collect signatures and by the grace of God override Mr President and give Nigerians the enabling electoral law that will stand the test of time,” Hon Igbakpa stressed.

He said: “Toby Okechukwu: I want to take notice regarding the very copious and auspicious comments you made yesterday regarding the Electoral Act where in circumstances, it has been weaponised; where as a matter of fact, there was an aspiration to make the law a more perfect law to remove every ambiguity; and where there isn’t any material difference between the 2010 Act and that of 2022.

“And suddenly, majority of members, where it has been weaponised, have become victims. Something is wrong in an environment, in an institution where the two leaders of the Senate would have to cross to other parties because of inherent inclement condition. Anything that occasions it, anything that warrants it, if it is our Electoral Act, if is our politics, if it is the environment where we operate, we need to retool.

“And as you said, we got to do better work and we have to fight on. For me, it is just a battle that is lost, the war is on and we should go ahead to make sure that that law is retooled, and made clear. And if it requires this parliament to take action to override what has not been signed, we should be willing to do so.”

While expressing his view, Hon Gbajabiamila who affirmed that Mr President was in breach of the 30 days provided to communicate his decision to withhold assent, urged the lawmaker to formalise the motion.

He said: “Thank you for your point of order basically some of what you said is that there is a need in your own opinion for the house to override the withholding of assent to the electoral amendment.

“Clearly the Constitution says it is 30 days leeway and we have gone beyond the 30 days. But the Constitution also says that it is not automatic that you override, but if you are convinced as a House that that amendment must stand.

“If you are not convinced with the argument advanced by the President or in some cases and in this case, there are no arguments advanced, then you can override.

“But for us to override I believe the required two-thirds and it cannot be by voice votes neither can it be by way of signatures unless of course you gave enough signatures by two-thirds.

“So what I will suggest is that you bring the application, the formal motion notice perhaps tomorrow whenever you are able to do that and we will determine whether or not this House is ready to override or not, I think that’s the proper procedure,” Hon Gbajabiamila noted.