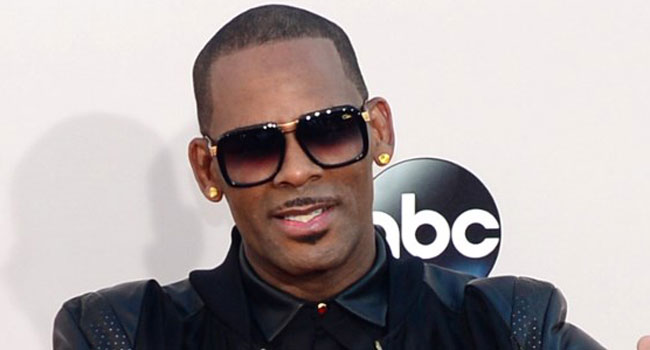 R&B superstar R. Kelly was charged on Friday in Chicago with 10 counts of aggravated criminal sex abuse against four victims, three of them minors.

A judge approved a no-bail arrest warrant for the 52-year-old, a Cook County clerk told AFP, a major development in the Kelly saga that has seen him for decades accused of child pornography, sex with minors, operating a sex cult and sexual battery.

Kim Foxx — the State’s Attorney for Cook County, which includes Chicago — told journalists the alleged crimes occurred between 1998 and 2010. A court clerk had earlier told AFP nine of the charges involve minors ages 13 to 16.

The felony charges carry three to seven years of prison time per count and are probationable, Foxx said, adding that Kelly is expected to appear in bond court Saturday afternoon.

The musician has a court date scheduled for March 8 in Chicago, where he resides, a Cook County clerk said.

It’s the second time Cook County prosecutors have charged Kelly with a sex crime: after a dramatic trial that also involved a sex tape, the musician was acquitted of 21 counts of child pornography in 2008.

Kelly, known for hits like “I Believe I Can Fly,” has faced renewed public scrutiny after a scathing docu-series shed new light on his checkered past.

High-profile lawyers Gloria Allred and Michael Avenatti are representing clients linked to Kelly, with the latter saying his office had uncovered previously unreleased footage of Kelly having sex with a young girl, which the lawyer gave to the Cook County State’s Attorney.

CNN, which obtained a copy of the tape announced by Avenatti, described it as “clear and explicit.”

The network said two scenes show a naked man who appears to be Kelly engage in several sex acts with a female who calls out “daddy.” The audio captured with the images suggests the girl is 14-years-old.

In response to that report, the artist’s lawyer Greenberg accused women who have spoken out against Kelly of doing so to “make a buck” and dismissed those allegations: “Mr. Kelly denies that he has engaged in any illegal conduct, of any kind whatsoever.”

“He would like to be able to continue to write and sing and produce and perform,” Greenberg said, adding that Kelly is working on an album.

Kelly infamously is known for marrying his protege Aaliyah in 1994, when the late R&B star was 15.

The artist, then 27, had produced the teenage singer’s debut album titled “Age Ain’t Nothing But a Number.” Their marriage was later annulled, with Aaliyah dying in a plane crash years later in 2001.

Despite the slew of unsettling claims against him, the decorated musician for years has continued to perform and maintain a solid fan base.

But last month’s release of an explosive docu-series entitled “Surviving R. Kelly” once again brought accusations against him to the fore, while a #MuteRKelly movement aimed at preventing his music from airing has gained steam.

The latest development came one day after two other women had come forward against Kelly, saying he invited them to a show’s after-party in Baltimore in the 1990s — when they were teenagers — giving them alcohol and drugs before cornering them in his hotel room and demanding sex.

They were to speak with the US Attorney for the Eastern District of New York, their lawyer Allred had told journalists.

A division of the US Department of Homeland Security devoted to probing sex trafficking meanwhile has a team of dozens looking into alleged crimes against Kelly, according to The New Yorker magazine.

“Black women and girls who come forward with allegations of sexual violence are too often silenced or shamed,” said the American Civil Liberties Union in a statement Friday in response to the new charges.

“It’s well past time for them to be heard.”