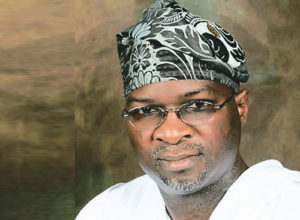 The Deposit Money Banks are no longer willing to support power companies with loans due to the inability of the firms to meet their contractual obligations, amongst other issues, OKECHUKWU NNODIM reports

The inefficiencies in the privatised power sector has made the Deposit Money Banks unwilling to provide loans to electricity generation and distribution firms, an investigation by our correspondent has shown.

It was learnt that some banks were shunning the loan requests of the power firms as the financial institutions appeared no more convinced about the viability of investing in the power sector, judging by the happenings in the Nigerian Electricity Supply Industry.

Officials of the Federal Ministry of Power, Works and Housing, the Nigerian Electricity Regulatory Commission, the Nigerian Bulk Electricity Trading Company Plc, as well as those from the financial sector said the lenders were becoming very cautious about lending to investors in the power business.

Our correspondent gathered that the inability of the power firms to meet their various contractual obligations to the NBET, gas suppliers, the DMBs and other service providers, had made some banks to shut their doors on loans to the electricity companies.

Also, it was learnt that the banks were not comfortable with the happenings around the tariff, as they argued that aside from the fact that the tariff was low, there was no sign that the Federal Government would raise it any time soon in order to adequately meet the revenue requirements of the power sector.

Officials at the power ministry, NERC and NBET stated that there had been pressure from the government on power firms, particularly on the Discos, to increase their investments in the sector so as to improve electricity supply as well as appropriate billing to consumers.

They said that the debt exposure of the power firms to the DMBs was very high and many of the investors in the privatised successor companies of the defunct Power Holding Company of Nigeria had tried getting further assistance from banks but were turned down.

A report released late last month by CSL Stockbrokers Limited, a Lagos-based firm, on banks and their exposure to the power sector showed that the total electricity industry exposure of eight banks stood at N402bn ($1.3bn) in their 2015 financial results.

The report estimated that the default in power sector loans could raise banks’ cost of risk in 2016 from 2.4 per cent to 3.9 per cent in aggregate terms.

The CSL, a subsidiary of FCMB Plc, in an earlier report in August 2014 on the power sector, had stated that the low electricity tariff and government’s seeming negligence to raise it had made the sector unviable for investments.

“It is worth reiterating that the understatement of the revenue requirement in the Multi-Year Tariff Order II, which translates into uncommercial tariffs, is a significant threat to the success of NESI. Lending banks will need to see that the business is viable. It is not viable if the tariffs do not cover the revenue requirement,” the firm had stated.

Confirming that banks were not willing to lend to power firms, a senior official at the power ministry, who spoke to our correspondent in confidence, said, “The truth is that as we speak right now, no bank is willing again to extend any loan facility to the power firms, particularly the Discos, to invest.

“This is because they (DMBs) have seen that the business is not really what it was thought to be; the business is not moving as expected. Nobody wants to put in money. It is a very big challenge because some of them (power firms) tried sourcing for loans recently, but were turned down by the banks.”

The official, who confirmed the paucity of funds in the power sector, stressed that the country might face blackout if nothing serious was done to address the situation.

When asked why NBET had not intervened, considering the fact that the organisation was established to support the sector financially, he explained that the bulk trader would not use tax payers money to settle the N156bn debts owed the Gencos.

This, he stressed, was because of the inability of the Discos to make the required remittance to NBET.

An official of the ministry told our correspondent that around January 2016, NBET had assisted the Discos to offset their debts to the generation companies, but was quick to state that the money had not been repaid by the power distribution firms.

He said, “Let me give you an instance. Around early this year, NBET paid almost N21bn from its money so that the Gencos could get some good money. Till date, the Discos have not been able to pay that money back because as it is now, they cannot collect their money from the consumers.

“So, if the government continues with the trend of supporting power firms financially, it may end up using taxpayers’ money to fund the business of private companies.”

When contacted, the General Manager/Head, Power Procurement and Power Contract, NBET, Mr. Yesufu Alonge, confirmed that the sector was facing a serious shortage of funds and that banks were not willing to lend to power firms.

He said, “Let me be honest with you, when the government privatised the sector, the plan was that it was going to sell the companies to people that have deep pockets, people that will be able to invest their own money and be patient, knowing that with time, when the market starts to pick up, they will recoup their investments.

“But it is like this didn’t happen as envisaged; for it is no news that many of them borrowed heavily from the banks. They were meant to use 100 per cent equity to purchase the assets. So, what is happening now is that they are now under intense pressure from their banks to offset the loans they collected.

“However, about one or two Discos are investing considerably; and a good example is Eko Disco; which is why it has remained almost the best Disco in the country. Most others do not have money and this is affecting the sector adversely. This also has made it tough for them because no bank seems to be ready to give out loans again.”

He also commented on why power distribution companies were not remitting the required funds to NBET, attributing this to the huge debts owed them by electricity consumers, particularly historical debts owed by the ministries, departments and agencies of the government.

The Executive Director, Association of National Electricity Distributors, an umbrella body for the Discos, Mr. Sunday Oduntan, had told our correspondent that the distribution companies were owed about N100bn as of July this year by the MDAs alone.

This, according to him, is adversely affecting the operations of the Discos and has hindered them from making the required remittances to NBET.

On the way forward, an official at NERC told our correspondent that it was important for the government to intervene in order to avert a possible collapse of the sector.

Although the official noted that it might be impossible for the government to provide financial assistance to the power firms, he said some agencies under the ministry had suggested the floating of a bond, particularly for the Discos.

“There has to be a way out of this. An agency under this ministry recently thought about floating a bond, but this was stopped by the National Assembly.

“However, we still think this is one possible way out of the funding challenge we face in this sector,” the NERC official said.

“So, with time, the Discos will have to pay back the money and if they fail to do so, they will lose their shares in the various distribution companies and may be sent out of the business by the government if they continue to default. There has to be an order after such intervention that if you don’t perform, you will lose your shares and the government may send you out of the business.

“Because from the way things are right now, the Discos cannot meet their financial obligations to NBET and since they can be referred to as the revenue driving or collection outfits for the sector, their inability to pay affects all arms of the business. Therefore, to avoid a total collapse of the system, the government just has to look into this matter urgently.”