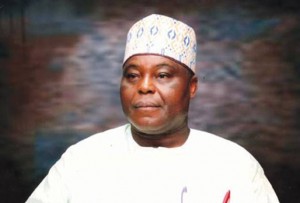 Recall that the media mogul was taken to Kuje prison yesterday, December 14, pending when he perfects his bail terms. He has however been released from Kuje prison and one of his first port of call was a Christmas Carol service in Abuja this evening.

Justice Gabriel Kolawole had granted the media mogul bail. The conditions for bail are N200 million each (N400m) by two sureties and the judge ordered that he should be remanded in Kuje prisons pending the fulfillment of his bail conditions.

Recall that when Dokpesi arrived at the prison at about 4.55pm yesterday, and was taken immediately to the prison chief’s office. The media mogul was said to be moody when he was brought in.