On December 16, President Muhammadu Buhari ordered the immediate reopening of four land borders, namely: Seme in Lagos, Illela in Sokoto, Maigatari in Jigawa and Mfun in Cross River. But the order was not complied with immediately. While Seme was reopened five days after the president’s pronouncement, Illela was still shut at the time this report was filed. Traders and residents spoke with TheCable on how the 16-month closure caused untold hardship and deflated their businesses.

On Saturday, it was glaring that activities along the border were yet to come alive as just a very few taxis parked on the road to pick passengers from the Badagry roundabout to Seme border. Most of the vehicles ferrying passengers to the border were driven by men in uniform who work at the borders, but making quick cash as transporters since commercial drivers deserted the route after the closure of the border. The official, who picked up this reporter to the border, works with the Nigeria Immigration Service (NIS). Hence, it was an easy ride through the litany of roadblocks mounted by policemen, soldiers, immigration officers, officials of the Nigeria Customs Service (NCS) and National Drug Law Enforcement Agency (NDLEA). The once-bustling highway seemed lonely with just a handful of vehicles and motorcycles driving through its rough surface.

The border gates were firmly closed as no vehicle passed through, yet passengers were making their way across the boundary. At the Seme market, traders were yet to fully open shops as of 10am, a situation, the immigration official said was unusual.

“The border closure has crippled commercial activities around here. But with the announcement of the president that the border should be reopened, activities have started picking up slightly. However, we’ve not opened the borders because we’ve not received directives from the command. That is why you cannot find the luxurious buses on the road. It may be opened next week,” he said.

When asked if it is possible to cross the border to do business at Cotonou, the immigration official answered in the affirmative.

“You have to go through the pedestrian border. Your money is N3,000. I will call a motorcyclist that will take you across. A soldier will also follow you for easy passage,” he said.

In a few minutes, Usman, one of the young men ferrying passengers across the border through the “pedestrian route”, arrived with his motorcycle. From the Conoil filling station before the gates, the journey began through untarred streets littered with roadblocks, mounted by locals and suspected hoodlums, at every distance of 30 seconds. With the soldier following behind, the motorcycles passed through Baba Pupa road, beside the Apostolic Church, while the roadblocks opened easily for Usman until he reached the Republic of Benin “police post”. Money exchanged hands between Usman and an “officer” in a yellow shirt.

On the other side, another motorcycle takes passengers to their destinations in the Francophone West-African country. The new rider is Abdoul. The trip from Seme to Cotonou was as lonely as the other trip from Badagry to the border. One could only find one or two vehicles on the major highway that used to attract hundreds of visitors and diverse vehicles daily.

As soon as the motorcycle made its way to town, Abdoul stopped at the roadside beside the signpost welcoming commuters to Benin Republic, to wear his helmet and put on his face mask. He asked this reporter to wear his face mask too. Curious why the Beninese didn’t bother about a helmet and face mask from the outskirts until he got to the main entrance to the country, the reporter asked if there are consequences for refusing to wear both.

“Benin police no dey get sense. If na Naija or the border, no problem. But if Benin police catch a motorcycle rider without a helmet, you pay a fine of 6,000CFA. Without a mask, you pay 3,000CFA. Most importantly, you cannot carry two passengers,” the rotund rider said.

The journey continued to Missebo market in Cotonou. At the market which seemed to be occupied by mostly Nigerian traders, life is no longer what it used to be. Abdoul said the market used to be crowdy until Seme border was closed.

Activities at the once-crowdy Missebo market, Cotonou, Benin Republic, have started picking with the announcement of border reopening

“The traders are very happy that the market will soon become lively again with the news flying around concerning the reopening of the borders. This place was very scanty months back. But things are picking up slowly as petty traders come to buy goods and smuggle them through the border,” he said.

The Yoruba-speaking lady operating a small bureau de change kiosk opposite the ankarafabric stores exchanged N3000 for 3,300CFA, with an addendum that the naira has become weak, hence the reason why the exchange rate didn’t make a difference as it was before the COVID-19 era.

Chizu, a Nigerian national who sells second-hand shoes, said the closure of the land borders really affected the market which gets most of its visitors from Nigeria. He lamented how most of his customers became stranded and the patronage was nothing to write home about. “We are anxiously waiting for the borders to fully open,” Chizu said.

On the way back, Abdoul pointed to automobile shops full of second-hand cars and began to narrate how most commercial enterprises in the city depend on the Nigerian market to survive.

“The news of the border re-opening is good to everyone. We motorcyclists won’t have to struggle for customers too as more people will troop in to resume trading,” he said.

Crossing the Seme border back to Nigeria this time around wasn’t through the “pedestrian route”. The motorcyclist assured the reporter that he would take him through the main border with N3,000. With other passengers walking with their bags to cross the border, the rider took a detour through walkaways beside the gates, “settled” his immigration friends, and in less than 10 minutes, the motorcycle arrived Nigeria.

TheCable gathered that the presidential directive on reopening the borders was complied with at Seme on Monday.

It did not come as cheery news for Umar Abdullahi, a Nigerian trader at Illela international market when the federal government announced the reopening of the border nearby. Thousands of traders across West African countries such as Niger Republic, Chad, Benin Republic, Togo and as far as Mali often converge on the market with varieties of goods and services.

Abdullahi, who trades in second-hand clothing, was among a cross-section of trans-border traders at the popular livestock market on Sunday. Like Abdullahi, most traders lamented over the negative economic impact of the closure.

“What do you want me to say? To commend the government for causing this hardship and slowing our thriving business or to praise them for introducing economic policies that led to a hike in exchange rates?” the 48-year-old trader told the reporter when asked how delighted he was with the federal government’s decision to reopen the borders.

“I used to go as far as Mali and Togo to import bales of clothing materials and foot wears. But now, I cannot go due to measures taken by the federal government. I am now into buying local goats and sheep for onward selling to those who cannot wait till market day.” 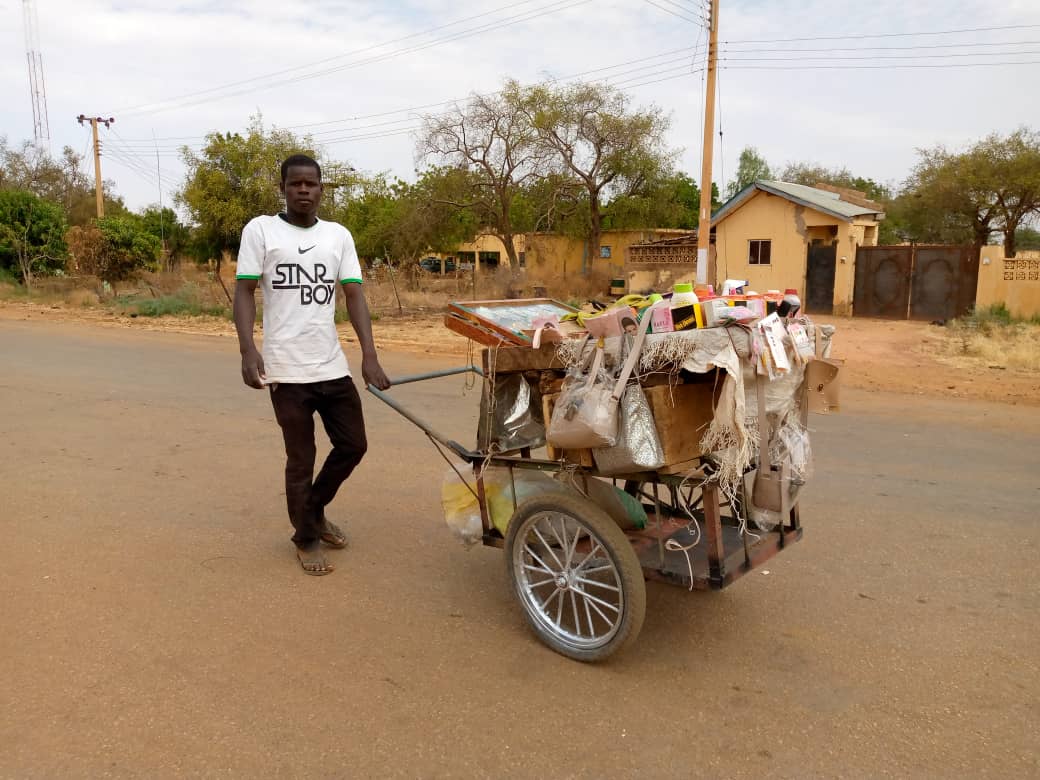 Abdullahi is not alone. Suleiman Illela, a Nigerian who trades in local pots, also poured out his heart over  the border closure.

“Most of our customers come from other West African countries but they have since deserted us for more trade friendly countries like Benin Republic and Togo,” he said.

“Before the closure, we managed to survive the weakness of the naira against the US dollar and CFA. That affected our trading power. The border closure worsened everything… we can never recover from these losses.”

Aminu Mohammoud, a 52-year-old trader from Niger Republic, said he is struggling but believes the effect is being managed in order to remain in business despite the weak exchange rate. 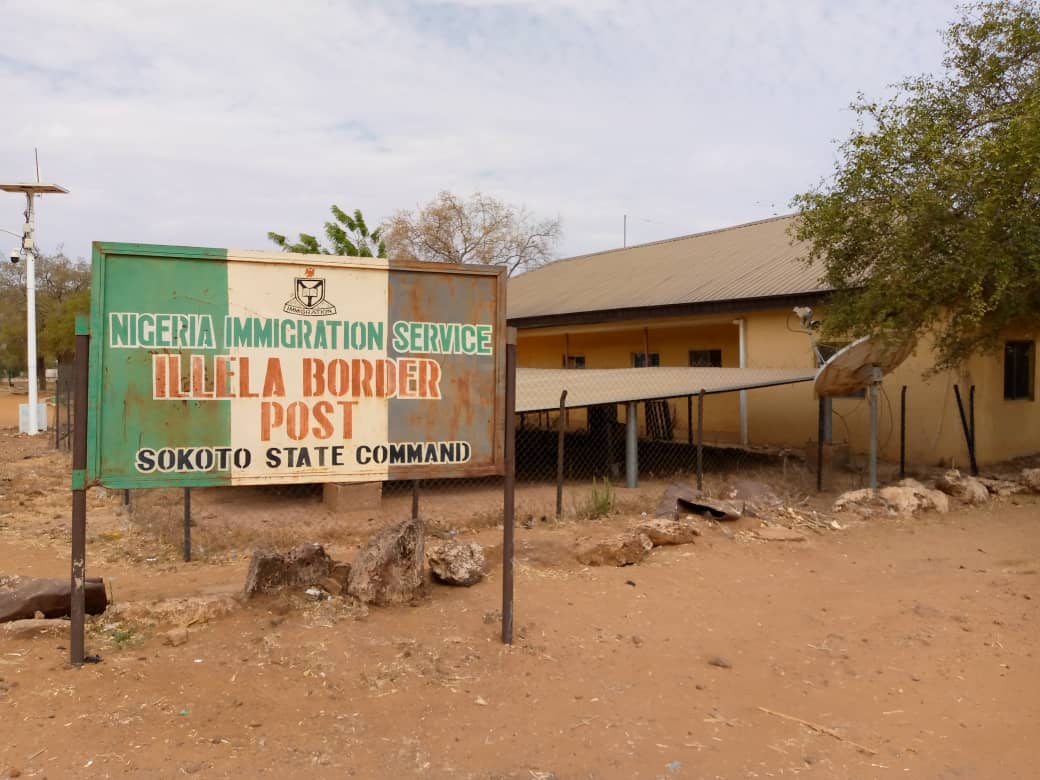